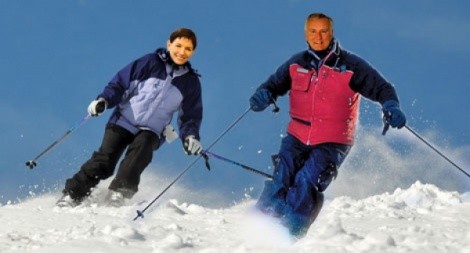 Salt Lake County’s canyons are in the playbooks of most politicians as “wonders” or “hidden gems” worth protecting at all costs. But beyond rehtoric, how do the two candidates vying for countywide seats on the county council see the political landscape meshing with the natural? City Weekly sought to grill the candidates on issues old and new, from the promotion of heli-skiing that is spawned by the wilderness bill sponsored by U.S. Rep. Jim Matheson, D-Utah, to more forward-looking issues like transit into and out of the canyons.

Holly Mullen, the Democratic candidate, who served two years as City Weekly editor, was just about to sneak away for a fall bike ride when we reached her. Republican Richard Snelgrove multitasked his interview in the midst of a honk-and-wave, delivering talking points over the sounds of afternoon traffic. Each candidate was given identical questions and then allowed to speak on a specific tangent—an unavoidable reality, considering they are politicians. Do you think the Wasatch Front ski areas should be allowed to expand, or have they reached their maximum capacity?

Holly Mullen: I think they’ve got plenty of space up there. I would like to see the rest of that area prioritized for backcountry purposes and wilderness area. I think they’ve done a great job with the space they have.

Richard Snelgrove: Unless a compelling case could be made that it would be in the best interest of economic development, I believe they are fine as is.Heli-skiing is an activity that in permitted in Matheson’s wilderness bill. Is that necessary, and is it an activity that should be encouraged in our canyons?

HM: The purist in me says no, and yet the heli-skiing industry is pretty well cemented in our canyon areas. And that was one of the trade-offs to get everybody to the table on the Wilderness Bill.

RS: It should be a permanent activity for economic development reasons and to push Utah as a ski destination because those tourist dollars are so clean. Every out-of-state dollar brought into our economy multiplies seven times. The upside is more beneficial than the downside.

Envision Utah has recently proposed possible scenarios to change transit access to the canyons, like charging to visit Big Cottonwood Canyon or using a shuttle system like Zion National Park. Do you support these kinds of proposals?

HM: I actually took part in the earlier surveys, and I really like the shuttle-system idea. I think that’s probably a few more years down the road, though. But, there’s nothing like coming down from a good day of skiing and seeing that big layer of smog over the valley to be convinced that cars going up and down the canyon are part of the problem. I always try and go with at least one other person. But I think a shuttle system would be great. I’d just like to see it developed more to see what kind of schedule they come up with.

RS: I don’t believe we’re to that point, yet. I do believe we’re taking the right approach with expanding UTA’s seasonal ski-bus shuttle. When we reach a point of pressure on the canyons, I think we would need to expand that [bus service] during ski seasons to year-round rather than take the much greater leap of the Zion’s approach.Would you be in favor of easing canyon-zoning ordinances to allow residents to construct temporary urban-farming structures like greenhouses and hoophouses?

HM: I would really have to look at that. [Our canyons] are our main watershed source and it always has been and always should be the city and county’s main concern to keep the culinary water supply as pure as it can be.

RS: Conceptually, yes. But, I would have to look at the details as to the extent of what kind of enterprise that would involve.Which canyon is your favorite?

HM: Can I qualify the question? (laughs) Overall for skiing—it’s Little Cottonwood Canyon, bar none. And for bicycling, it’s Millcreek.

RS: I like the hike up to Dog Lake in Millcreek Canyon. If I feel more ambitious, I’ll go from Big Cottonwood over Wasatch Crest into Millcreek—if I’ve got the energy I’ll do that on my mountain bike.

I support it. There’s some [resistance] from people in Little Cottonwood and the Alta Ski Resort because they want to put a ski lift at Flagstaff Peak, but under the wilderness designation, that would be off limits. They say they need that lift up there to help with snow removal and avalanche control—that’s how they’re posing it. I still think that they can do avalanche control without putting a ski lift up there.

Salt Lake County sold the Rio Tinto land for $5 million, and a sizeable chunk of acreage was set aside for open space. The $5 million in proceeds came from Butterfield Canyon down in the south part of the valley in the Herriman area. I believe the county was right in executing the sale of that property, but I would like to see that $5 million that came from the west side of county to stay in the west side of Salt Lake County.