Have a drink with the pirates 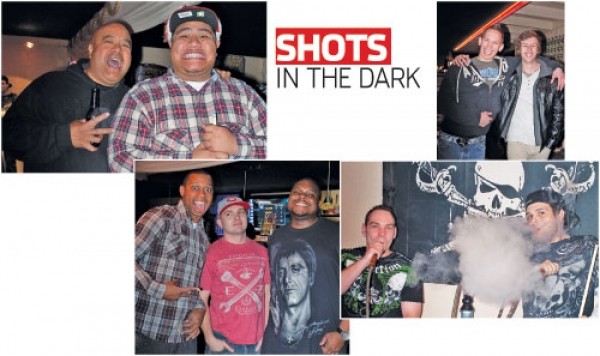 For this State Street joint, the biggest party of the year isn’t the night before Thanksgiving or even New Year’s Eve. No, as logic dictates, for a place called Scallywags, the biggest shindig of the year is, of course, “Talk Like a Pirate Day.” But even though Scallywags (3040 S. State) is technically a pirate-themed bar, it really isn’t that pirate-y. As much as I searched, I didn’t spot any non-doctor-prescribed eye patches, below-the-knee amputees or even a lazy man with a rope for a belt. Aye, if anything, Scallywags is just a good old-fashioned drinkin’ bar … with pirate flags on the walls. Every Friday is hosted by U92’s DJ Latu, and Saturdays are captained by DJ Poetik C. But the best thing is that there’s never a cover. Plus, there’s free pool. So with all that extra booty on hand, be sure to splurge on $2 domestics, $3 wells and hukas, which are only $5 on the weekdays. (Photos by Mike Fuchs) 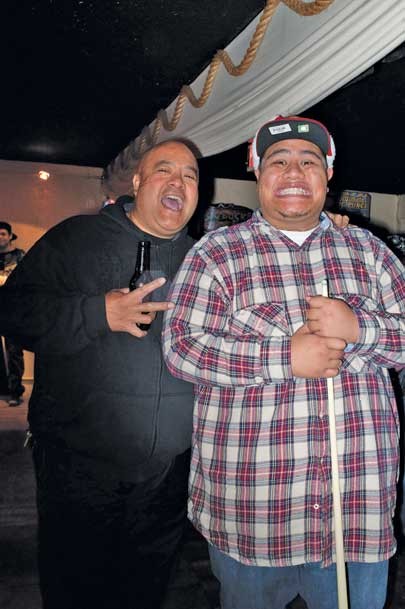 He refused to smile. This is his normal face.
Sefa Too, Jeremiah Vele

The only thing missing from this photo is a skull-shaped huka.
Brock Sommer, Jeromy Burnham