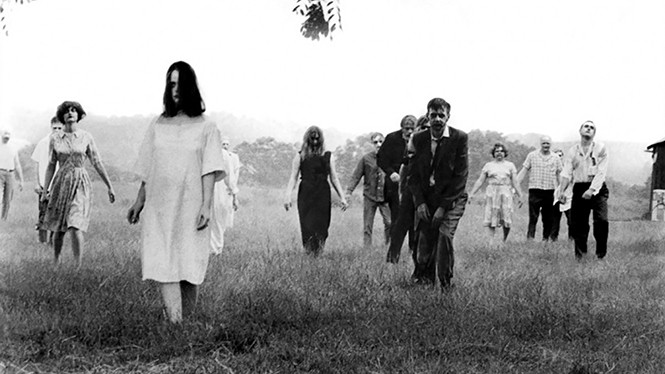 If you're a film critic, it's a virtual guarantee that at some point during October, somebody will ask you, "So what's a good scary movie?" Blogs and movie-oriented websites fill their space with such lists, and then it's left to readers to find them on streaming services, or their public library, or wherever else physical media hangs out these days.

Or, you can take advantage of the fact that the Salt Lake Film Society has done all the curating for you, and offers you a place to sit down and share terrifying experiences with a crowd, as God intended.

Starting this week, the annual "Tower of Terror" program gets an expanded version that's more than just weekend midnight monster movies. Themed weeks offer something for a wide range of enthusiasts of scary fare, plus some of the most popular returning features of previous years.

Oct. 6-12: Fangoria-Style Horror Week. If you grew up with horror movie fan magazine Fangoria, you know the kind of unapologetically gory stuff that it championed; if you didn't, it's possible that another week might be a better one for you. Perhaps the paradigm of the form comes from director Dario Argento, whose 1977 classic Suspiria (Oct. 7, 11 p.m.; Oct. 8, noon) revels in the horrifying discoveries of an American student at a creepy German ballet school. The 1980 low-budget tale Effects (Oct. 6-8, 2 p.m. & 7 p.m.) gathers several alumni of George A. Romero zombie movies for the story of a horror-movie crew gradually realizing they're making a snuff film. For a more recent vintage, there's something to offend just about everyone in 2016's Red Christmas (Oct. 6-8, 4 p.m. & 9 p.m.; Oct. 9-12, 4 p.m., 7 p.m. & 9 p.m.), with beloved E.T. mom Dee Wallace overseeing a holiday family gathering where the deformed child she thought she had aborted years earlier—yes, you read that correctly—comes home for vengeance.

Oct. 20-26: 4K Horror Tributes. The classics never go out of style for a reason—and this year, there's even more reason to recognize two of the greatest horror films ever made, as we lost their respective directors in the last few months. Romero's 1968 masterpiece Night of the Living Dead (Oct. 20-26, 2 p.m. & 7 p.m.) virtually invented the modern obsession with zombies in its stark tale of humans trying to survive an unexplained plague of corpses rising from their graves. Tobe Hooper's 1974 The Texas Chainsaw Massacre (Oct. 20-26, 4 p.m. & 9 p.m.) took the real-life tale of cannibalistic serial killer Ed Gein and turned it into the introduction of power-tool-wielding maniac Leatherface. Both of these terrifying works of art are presented in new 4K restorations worthy of their status.