Seats at the Table

Paul Cardall celebrates a new heart with a new perspective on an inclusive world. 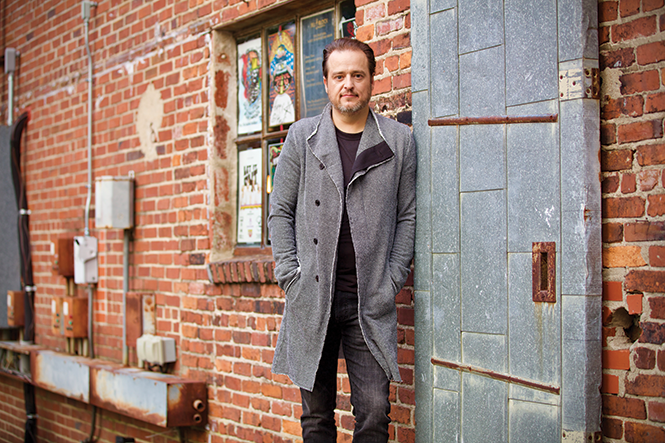 There aren't many who can make a career in classical music, much less while also suffering from a congenital heart disorder. But thus it has been for Salt Lake City native and now Nashville resident Paul Cardall, who—while living 30 years with "half a heart"—released 22 studio albums of original compositions and hymn renditions before receiving a heart transplant in 2009.

"I released a record while I waited for my heart, because what am I supposed to do, sit around and weep?" he says of that time.

Now, the well-established Cardall is coming out with a new album unlike any before. "My heart has been healed, so I want to use music to heal other hearts," he says of his old music, and his new. With changes in his own faith perspective by way of leaving the Church of Jesus Christ of Latter-day Saints, on top of still getting asked constantly about how one can live with congenital heart disorder, he decided to release his life's story via an album and a novel.

A Broken Miracle, released Feb. 5, is the result. "I've primarily shared my story in emails for 25 years, and it finally dawned on me to have this story written," he explains, in reference to the many email exchanges he's had with concerned parents of children with congenital heart disease over the years.

After a chance encounter with a fan of Cardall's, the young fantasy writer J.D. Netto of Miami, Cardall suddenly had a voice he trusted with his story. "The thing I liked about him was that growing up in Utah, I come from a very conservative, LDS background—and a lot of my audience is not that. They're Muslims in other countries, Hindus, a lot of Jewish people," Cardall says, while acknowledging that "the majority are Christian." But as his faith changed, so did the facets of his story. "I wanted somebody to tell the story that had no preconceived concept of life in Utah as a musician," Cardall says of picking Netto.

And when it comes to the companion album, Cardall says, "There are songs that are specific to each period of my personal life, and yet they resonate for anybody having a spiritual awakening. We come to a point in our lives where we have to sadly ... disappoint our parents, cut the cord. It's a hard thing to do, particularly when you grow up in such a beautiful place."

Meeting musicians like Ty Herndon, the first openly gay country music star, and through him Tyler Glenn at LoveLoud Festival, helped Cardall see how "beautiful and happy" people could be outside of the "Truman Show" he'd grown up in. "When Tyler's album Excommunication came out, I saw it as a brilliant piece of art. I saw it as a man who is hurting and he's hurting because of a system that doesn't accept this person at his full measure of creation," Cardall says.

Bearing the influence of people like Glenn and Herndon in mind, Cardall saw a vision for a new sort of heaven, one he could build with his music. "Because this album is probably the most personal, it's also the most vulnerable. There are some Christian songs on the album because it is my story; I am a Christian, but I'm not a 'you need to be a Christian too' type of person," he says. "As I've transitioned away from Mormonism to non-denominational Christianity, the biggest challenge I'm faced with is that every organization creates these borders—'Don't come over here if you're doing this.' [But] I believe that everybody belongs at the table and if somebody's missing from the table then we're in hell. Because hell is void of relationships."

Thus, A Broken Miracle finds Cardall tapping the talents of various artists. From the pop of Tyler Glenn and David Archuleta, to the country of Herndon and the duo of Thompson Square, to the confident voice of Rachael Yamagata, and the youthful glow of Akelee and Jordan Bratton, the resulting album is a table built by Cardall's piano and skillful compositions, with seats filled by the voices of fellow artists and friends. "That's what's beautiful about this record—they don't need me, but I need them because I've learned a lot, working with these artists, the diversity of them," Cardall explains.

"I think we all try to create a world we feel safe in. And I don't want to see a world that's divided. Mainly because I have fought like hell to survive, to live, being born with half a heart, having to be in the hospital constantly—the trauma, the pressure to be a good person by the religious standards," he explains. "You try to create a moment as an artist where you see all the colors, everything together—you're in this painting and everybody is there, everyone is accepted and loved."

Crafted out of personal pain and shifts of faith, Cardall's newest work paints that warm picture, while also showing that one can be a living, walking miracle and still shift, change, even break—and that's a good thing. Stream A Broken Miracle wherever you stream, and find the book at paulcardall.com