The release of a high-profile minor's court record casts a shadow over the juvenile system. 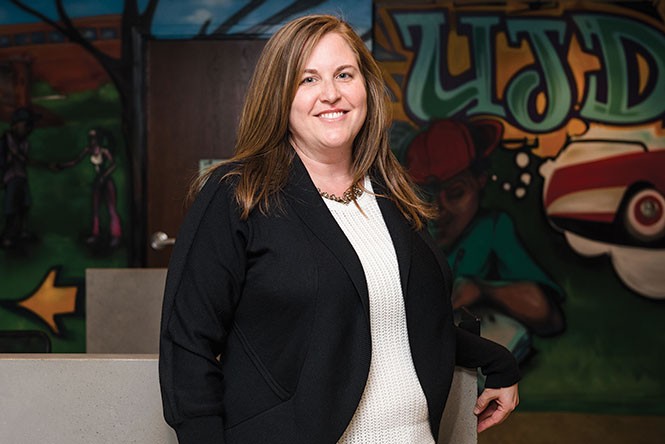 The shooting of 17-year-old Abdullahi Mohamed by Salt Lake City police officers near the downtown Road Home shelter on Feb. 27, 2016, generated headlines on websites and newspapers across the world. The Somalian refugee was critically injured and hospitalized, and he has not faced any charges relating to events surrounding his shooting, which were heavily disputed by witnesses and family members of Mohamed on one side, and the police on the other.

Shortly after the officer-involved shooting, which triggered a near riot by the shelter, a Salt Lake Tribune reporter requested a copy of Mohamed's juvenile court record from the Utah courts. The Administrative Office of the Courts [AOC] consulted with its staff attorney, according to the court's press officer, Geoff Fattah, and then released Mohamed's entire juvenile history. It listed 12 delinquency offenses ranging from retail theft and criminal trespass, to a 2011 citation for aggravated assault with a weapon when he was 12.

The decision to release the records exposes an ambiguity in Utah statute and judicial rules concerning juveniles' delinquency history that several veteran juvenile defense attorneys say the legal community was unaware of until the Tribune's story inadvertently brought it to light. That ambiguity potentially undermines Utah juvenile courts' long-standing reliance on confidentiality to help minors turn their lives around while ensuring that their youthful mistakes do not follow them into adulthood.

Mohamed's mother, Halima, contacted through her son's attorney, was upset about the release of the information. She asked, "How can the court release my son's past? That's wrong. They should have asked first."

Riya Shah is an attorney at the Philadelphia-based Juvenile Law Center, which focuses on public policy in the youth court systems nationwide. The majority of juvenile offenders do not reoffend after exiting the system, she says. Juvenile records "serve the purpose of providing information so the court can plan for a kid. It's designed to be a very individualized system. Using them as a sword and not a shield to protect kids is really troublesome to me," she says.

The charges that juveniles face in court are typically not what adults face in the criminal justice system. Former prosecutor, now a civil attorney and state Rep. V. Lowry Snow, R-Santa Clara, has represented numerous juveniles in court and sponsored several juvenile crime-related bills. "I would be willing to bet the vast majority of juvenile offenders referred to court are of a much less serious nature," he says, than the lengthy list of petitions the AOC released on Mohamed. "Sometimes it could involve a single retail theft charge, it could involve a joy-riding, a juvenile taking a neighbor's vehicle without permission and gets charged as a felony theft initially."

Utah Juvenile Defender Attorneys, which handled 3,500 juvenile cases in 2015, represented Mohamed on several juvenile court issues. Its executive director, Pam Vickrey, says she is frustrated with the release of Mohamed's record. "We've never had this issue come up when there wasn't a pending case," she says. "I wasn't aware the court was interpreting that statute that way. This seems to be a glaring problem now."

According to Fattah, the Utah statute and court rule permit the release of juveniles' records to the public if a juvenile is 14 and older and has been "adjudicated" on a felony, meaning the allegation is found to be true and the court addressed it with services, detention or a combination of both. "In this case," Fattah writes, "Mohamed has been adjudicated on several felonies, which qualified his adjudicated case history as public."

Up until now, Vickrey says, the only time the issue of juvenile court records being made public has come up at her office was when a minor faced prosecution in a juvenile court for a typically high-profile crime. In that case, the juvenile's defense attorneys were able to address it in court. However, with no pending charges—as in the case with Mohamed—then there's no mechanism for the minor to effectively argue through an attorney a request by a third party to access his or her records. Halima Mohamed says the court did not contact her about the decision. "No, not before or since."

Vickrey and other juvenile defense attorneys say the decision highlights the AOC's interpretation of the statute that flies in the face of what the juvenile court system is about. Juveniles, she says, make mistakes. "In fact, their brains are not yet wired to help them control impulses and weigh risk-taking behavior." This requires juvenile courts to approach minors differently from adults, essentially balancing the interests of public safety with protecting the interests of the young people who appear before them. But with no hearing required by the AOC to determine if the release of the record is in the interest of public safety, advocates argue that the court's current interpretation of the statute makes it open-season on juvenile records.

Adults with juvenile records that have been made public may find it much harder to gain employment, housing and pursue education, which in turn can often result in recidivism, experts say.

According to the report, "Future Interrupted: The collateral damage caused by proliferation of juvenile records," produced by the Juvenile Law Center, "The (juvenile) court embraced a less punitive and more therapeutic approach: keeping confidential the records of a less-than-culpable child was essential to a regime of rehabilitation." But with many states making juvenile records easily available, including posting them online, they "are increasingly used as an excuse to deny opportunities, and to protect employers and landlords from liability," the report says.

Under the AOC's current reading of the statute and rule that governs record release, Vickrey says, it puts minors with closed cases at risk, including those with only one felony petition that was later dismissed. "This interpretation means that any juvenile who had a felony petition filed can have their record accessed by any person," she says.

City Weekly asked the courts for the number of juvenile records it has released over the last five years and the number of times that occurred where the juvenile was not facing a pending petition in juvenile court. Fattah wrote in an email that the AOC "vigorously screens requests for juvenile records by attorneys before releasing that information." Media requests go through Fattah and other requests "typically go through our staff attorneys in the form of written letters. To track down every request would be extremely difficult."

Fattah links the release of juvenile records to the public's right to know how those who face felony petitions (the juvenile court form of a charge) are progressing. "From a legislative policy standpoint, we believe that when the Legislature opened up records on juveniles charged with felonies that the public is entitled to know how well those felons are doing in the system," Fattah writes in an email.

Children are not felons, Vickrey says. Felons face numerous restrictions, including not being able to vote, access housing, services and some types of employment. "Kids who have felony petitions are allegations that would be a felony if committed by an adult. They are not convicted felons; they have been adjudicated of a delinquent offense." Describing them as felons, "shows the danger in releasing records regarding young people. We tend to immediately label individuals a certain way when that is not the reality and that is not a system that helps young people move on."

Snow hopes to address the issue of juvenile court record confidentiality at the next legislative session, "to see if we can't clarify that and help to adopt a clearer practice going forward." He notes that many thousands of juvenile offenders have gone on, with the help of the courts, parents and other supporters, to become "good citizens. I don't know what the outcome for those would have been had they been required to carry records for something they did at 14 for the rest of their lives."