Message in a Podcast: Troubled youth share their stories by Sending Messages. 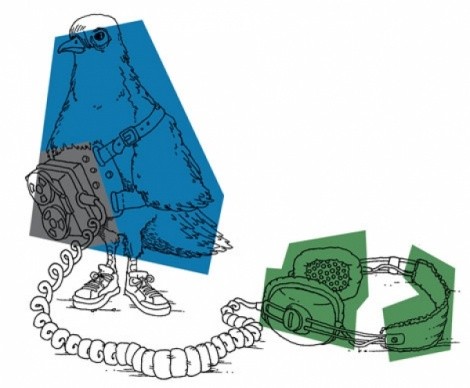 When it comes to the local podcasting community, much of what can be heard is topical rather than personal. Many locally produced podcasts revolve around pop culture and entertainment, some with a focus on local entertainment and those within that community. But few shows take things to a level of deep introspection—which is probably why the new podcast Sending Messages has become so intriguing since its introduction just two months ago.

Spy Hop first proposed the venture in the fall in 2009 and began its search for an individual who had experience working with troubled youth as well as experience in podcasting to spearhead a class in a correction facility that would allow students to create their own podcasts. An interview process led them to Adam Sherlock, co-host and engineer of A Damn Podcast as well as the now-retired I Know Everything. His background working with youth helped seal the deal.

Sherlock’s first time visiting the Decker Lake Youth Center was baffling, but promising. “It was hard to convey to them what the class was all about,” he says. “Some of them thought that they were going to DJ their own radio station. After showing them some different personal narrative pieces and spoken-word poetry, they started to get it, but there was still an aspect that seemed to mystify them.”

At first, the students weren’t sure about content, wondering who would really be interested in what they had to say. But once they started writing what they wanted, many became enthusiastic and took the subject matter to heart.

The majority of the class is set up as a one-on-one with Sherlock, with all the students working at their own pace to pen and edit their stories. Some create several pieces at a time; others painstakingly perfect a single work. With a Granite High School English teacher overseeing the class, students can produce whatever kind of writing they want and still work toward either English or art credit.

When recording time comes, they use empty closets and classrooms at the secured facility for studio space. Sherlock uses a media cart—purchased with a grant awarded to Spy Hop specifically for the podcast—with state-of-the-art recording and editing equipment that can be set up anywhere.

The show is hosted by one of the resident kids, addressing the audience under the nickname “Ace,” who initially was a bit worried about taking the reins. “At first, I was kind of hesitant because it was a big responsibility, and the show would kind of depend on me,” he says. “But I eventually took it. I never would have thought it would open so many opportunities.”

The students spend equal time writing, recording and editing the material they produce. They select music from musicians from all over the world who have heard about the project and want to contribute. Sherlock and Ace examine the pieces, picking out what sounds good for Ace to write the narrative link between.

“If you think about it, in a situation like mine, being able to work with recording equipment and get my voice out there is a really rare opportunity,” says Ace. “I am really glad I have been able to participate in the class. Getting all of your thoughts written out on a piece of paper is definitely a good stress relief.”

Episodes have covered a wide range of emotional topics, touching on family, high school, nightmares, addiction, new experiences, death, love and, most importantly, looking ahead at life to come. The stories don’t glorify or sensationalize bad experiences and are written with an audience in mind that never has experienced anything like these students have. Stories and poems are carefully crafted to get the point across with various perspectives from teenage minds that have undergone more than some adults will in their lives—baring all as a creative and sometimes therapeutic outlet, while serving as thought-provoking listening for the audience. Since the release of the first episode, the number of downloads has grown increasingly at every new installment—quite a feat with only four out so far.

The impact on those involved is already evident—especially on the inspired host. When asked about whether he’d continue to do this kind of work when he leaves the facility, Ace ecstatically replied, “Definitely! Adam and I are going to get together after I leave and continue recording shows over at Spy Hop. I really want to turn this into a career someday, and with the opportunities Spy Hop has presented me with so far, I will be able to … after some schooling, of course.”%uFFFD