The brains behind Forage, Pago, and The Copper Onion have elevated eating—and they've got more up their chef's whites 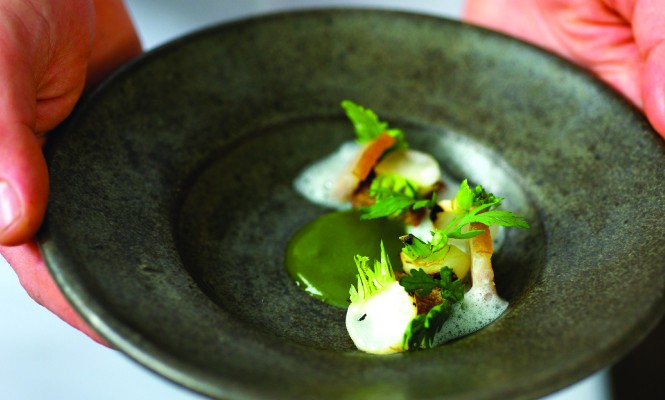 It's no secret that Utah, with its numerous national parks and mountain resorts, is an outdoorsman's oyster. People flock to our fair state for its natural splendor. But the state's cuisine in our capital city is becoming an attraction for visitors, too.

"We had a guy from a ranch in Wyoming say that he came here specifically for us after he read about us on Eater.com," says Bowman Brown, chef and co-owner of Forage restaurant.

In recent years, a number of Salt Lake chefs, restaurateurs and artisans have been featured in national food and wine magazines, travel guides and TV shows. And the spotlight seems to be getting brighter.

The New York Times called The Rest—the speakeasy-style restaurant found in the basement of Bodega on Main Street—the capital's "most fascinating new dining spot." The paper also hailed Pallet as a go-to place to grab a great bite. And Wine Enthusiast Magazine highlighted Pago, The Copper Onion and Forage when it named Salt Lake City one of its Five New Foodie Cities earlier this year.

And it's that trio—which, amazingly, opened during the Great Recession—that solidified the city's spot on the foodie map, first drawn by pioneers like Market Street, Bambara, The New Yorker and Metropolitan.

Today, Salt Lake City's savvy diners are many, and they desire and demand more from restaurants. They want dishes' ingredients to be cited and preferably locally or regionally sourced. And they seek menus that change with the seasons.

"When we started, we had no intentions of trying to change the food scene. I mean, who were we to tell people [that] food should be this way or that way?" says Viet Pham, who co-founded Forage with Brown and has appeared on Food Network Star, Extreme Chef and Iron Chef America. "We were just two young guys trying to do what we loved, and that was to cook."

Their take on fine dining was influenced by René Redzepi's Noma in Copenhagen. But their methods were progressive and unique enough to catch the attention of Food & Wine Magazine, which decorated the duo with its Best New Chef award in 2011.

True to their restaurant's name, Pham and Brown took to the nearby foothills to forage for ingredients.

"I started getting into the idea that Utah has unique things to offer—like the flavors that can be found here," says Brown, who is now the sole chef in charge of the Forage kitchen. "We tried to figure out what kind of ingredients we could extract from the land."

PRODUCING RESULTS
The confidence of such restaurateurs and their commitment to bringing fresh and innovative cuisine to Utah has struck a chord with other local restaurant owners.

"They forced me to set the bar higher," says Johnny Kwon, owner of Naked Fish Bistro.

Kwon took over his family's Mikado restaurant in 2009 and retooled the ingredients, bringing in A5 wagyu beef from Japan, live seafood, koshihikari rice and ike jime fish.

When he first instituted these changes, Kwon argued with his chef about whether diners could really tell the difference in quality. "We made these investments because we wanted to create the best experience for our customers," Kwon says.

A champion of gourmet cheese and chocolates, Caputo helped expand his father's specialty-food store to include a cheese cave and one of the largest selections of dark chocolate in the country. But at first, he says, customers weren't immediately receptive, and were even skeptical of his products.

"I remember trying to sell a really special Spanish or Italian or artisan American cheese and having to spend almost a half-hour trying to teach them about it," Caputo says. "Thirty minutes to sell them this $5 cheese."

Caputo spends less time explaining things before making a sale these days, due to the explosion of food awareness across the United States. And he credits local purveyors and producers for the success of Utah's food scene.

"It's not just because of our restaurants ...it's also the local artisans and farmers," Caputo says.

"I don't think that we could have executed Pago to the same level if there weren't all of these local producers to highlight," says Scott Evans, owner of the casual fine-dining restaurant. "There are all these artisans producing world-class products locally."

When Pago opened, it was one of the first places in Salt Lake City to feature the farm-to-table philosophy. While certain items are staples, such as chocolate from Amano and eggs from Clifford Family Farm, Pago prides itself on always alternating its ingredients list. 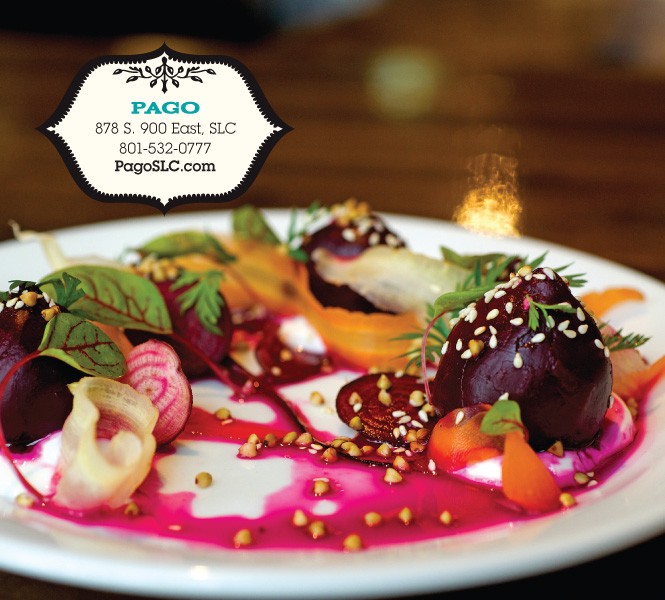 "Pago's goal was to be hyper-seasonal. It's literally why our menu online is always out of date," Evans says. "We're just rotating products all the time. A beautiful product comes up, we feature it, and it's gone a few weeks later."

The concept has paid off. Thanks to Pago's success, Evans was able to open his modern tapas joint, Finca—which he is moving to a new downtown location later this fall. In 2013, Pago was one of the reasons Zagat called Salt Lake City an "up and coming food city." And it made Wine Enthusiast's list of 100 Best Wine Restaurants in 2012.

It was the bevy of options at the Downtown Farmers Market that provided the nudge for Chef Ryan Lowder to open a place of his own in Salt Lake City.

The Utah native has worked in high-end kitchens in Spain; Portland, Ore.; and New York, including a stint at the three-Michelin-starred restaurant Jean-Georges. During a visit home about six years ago, Lowder was astonished by the size of the Downtown Farmers Market. That's when he decided it was time to move back and open his celebrated American brasserie, The Copper Onion, with his wife, Colleen.

As Lowder explored sourcing options for his restaurant, he realized Utah was home to top-notch farms and ranchers.

"We always need to have pork on the menu, because there are great pigs here," Lowder says. "There's great beef in the middle of the state, so let's make sure there's always beef on the menu."

A fan favorite is the beef stroganoff, prepared with beef from Pleasant Creek Ranch and pasta made in house—something Lowder insisted on doing when he found out Utah also has great grain mills. 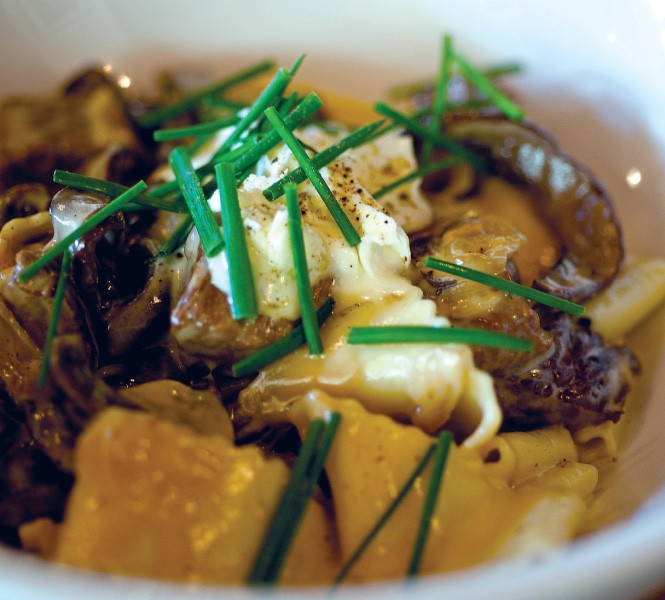 The Next Course
To call Lowder a Utah enthusiast would be an understatement. He's got the local roots, and he's digging them deeper.

In early 2014, after he got the necessary liquor license to open his long-desired bar, Copper Common, just east of The Copper Onion on 300 South in downtown Salt Lake City, he closed Plum Alley, which had occupied Copper Common's space for two years. But he's looking for a location in which to re-open his Southeast Asian restaurant—named one of Bon Appétit Magazine's Top 50 New Restaurants in America—and plans to open a pizza and pasta eatery in Holladay in late 2014.

Lowder's focus will then shift to a space on Salt Lake City's west side. He plans to have a combination garden, test kitchen and production kitchen, where he'll be able to do things like butcher pigs himself for the sake of serving fresh-cut pork chops and housemade sausages. This new venture will mainly play a supporting role for all of his restaurants, but Lowder thinks he can possibly use the space for a beer garden and deli, too.

Evans is also in the process of opening a new restaurant, called East Liberty Tap House (850 E. 900 South), in the 9th & 9th area near Pago. The Tap House includes a 15-seat tavern and offers "casual farm-to-table pub fare," he says, like sloppy joes made with local lamb, and housemade local pork sausage, along with salads and bar snacks.

Meanwhile, Pham is working on a new project called Ember & Ash, which is slated to open in the winter. The restaurant—previously set to open in Park City—will be located downtown on 100 South, in the same building as Naked Fish Bistro.

Pham continues to invest in Salt Lake City because he believes in its potential.

"I think we're on the right track to get more respect from foodies nationally," Pham says. "We have all the necessary ingredients"—enthusiastic local diners and plenty of tourists, he says—"to be like any other great food city like Austin and Portland."

Lowder also firmly believes that locals and tourists alike will be there to support Salt Lake City's new frontier.