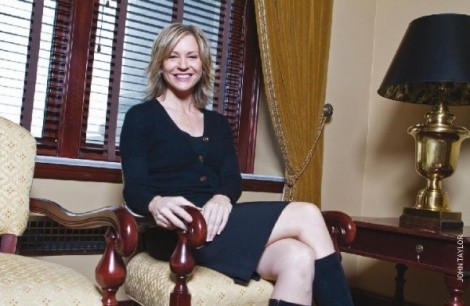 Shar Lewis, the executive director of Utah Commission on Volunteers, has helped craft the Lieutenant Governor’s Conference on Service, April 8-10 at the Hilton Salt Lake City Center (Volunteers.Utah.gov). Lt. Gov. Greg Bell and Sen. Orrin Hatch, R-Utah, will speak, in addition to numerous breakout sessions and a service project on the final day.

How does Utah compare to other states in volunteerism?

We’re No. 1 in the country; we have been for the past six years. We’re lucky because it’s part of our state’s culture, and we have great programs. The people of Utah really step up.

Can service be an economic strategy?

It can if we find the critical needs in our community and focus on strategies to fill them. With the way the economy is, service can be used as a training ground for people out of work. They learn new jobs skills, build their resume and network. And unemployed, skilled workers could volunteer to keep sharp while also helping a nonprofit who might struggle to pay for, say, an accountant.

Explain the breakout session, “Creating a Viral Message: What We Learned from Posting Bra Colors.”

That’s a really great one. It’s all about social media, and how to disseminate a message with limited means. This one nonprofit made a posting on Facebook and all these people starting listing their bra colors, like purple or leopard print. It just spread like crazy, which created so much awareness for breast cancer.

What’s your most meaningful volunteering experience?

I raised money for the Leukemia and Lymphoma Society several years ago by training for a half marathon. I’ve never been a runner and was a total couch potato then. My boss had leukemia, and a dear friend had recently passed away from lymphoma. Every time I’d train and it got really hard and I wanted to give up, what motivated me were the thoughts of these people. If they can battle this disease, then I can get off the coach and run for a couple of miles.

Not only did I get to give, but I gained a lot. It was a big deal for me to train for a half marathon. It’s a lot different than stuffing envelopes somewhere else.

That’s a difficult one because everyone has their own motivations; maybe it makes them feel good or because it’s a school project. But, I do think so. I think people do the right thing for the right reason.