And, just like that, we find ourselves at the end of the Twilight Concert Series season, and it’s safe to say the finale won’t be quite as insane a scene as the Modest Mouse opener eight weeks ago. While the crowds remain large, they seem to have reached a manageable and consistent size, and it’s hard to imagine the sweet country-folk ramblings of She & Him will change that. Count me among those excited to finally see the duo of Zooey Deschanel and M. Ward live, if only to see if the gorgeous harmonies and delicate songcraft filling their two albums can survive the move to the stage. Ward has headlined Twilight on his own, and we know the guitar master can handle his role; Deschanel is the wild card. Openers Dum Dum Girls might be the perfect appetizer, thanks to the quartet’s ’60s-era girl-group leanings. Pioneer Park, 350 S. 300 West, 7 p.m., Free 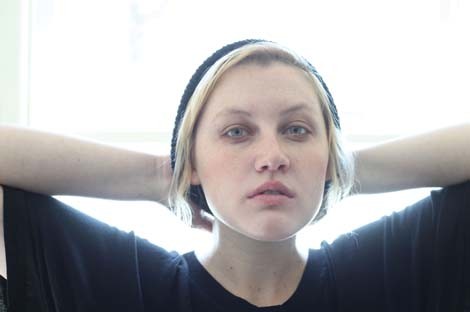 You might have seen Sarah Jaffe on one of her tours opening for the diverse likes of Midlake, Norah Jones and Lou Barlow. But if you didn’t, consider her headlining gig at Kilby Court a must-see this week. The 24-year-old’s debut album, Suburban Nature, is an exquisite, often exhilarating and occasionally haunting set of twangy folk-pop that has critics slobbering over themselves, and her live shows earn universal raves. Her songwriting belies her age, and her voice sucks listeners in with both its obvious warmth and subtler quirks. Songs like the first single “Clementine” will plant themselves in your head until you simply relent and become a fan, so don’t fight it. Embrace Jaffe and her music, starting now. Isaac Russell and Brian Bingham open the show. Kilby Court, 741 S. 330 West, 7 p.m., $7 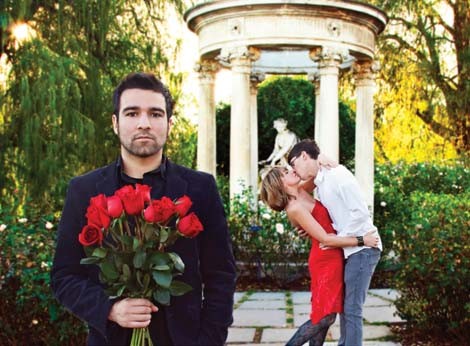 Delta Mirror
The Delta Mirror started as a hip-hop duo in the late ’90s, but Craig Gordon and David Bolt quickly realized their respective talents were better served working on a more expansive sonic palette. After adding Karrie K on bass, Delta Mirror has spent the past few years honing its buzzy blend of electronica and broken-hearted folk, shoegazer rock and goth-y vocals. Lurking underneath, you can still hear some of those old hip-hop beats trying to break through on the band’s debut full-length, Machines That Listen. Each of the nine songs is set in a different room of a hospital, but you can forget about that odd device and just lose yourself in the gauzy tunes. Discourse and Glass Gentleman open the show. Kilby Court, 741 S. 330 West, 7 p.m., $7

Caryn’s Rock & Roll Rampage
We’ll gladly get behind any effort to bring the rock & roll to Davis County. If ever there were a place that could use a little more sex, drugs and rock & roll, it would be the home of Lagoon. Thankfully, Caryn Larringnaga has taken up the challenge of broadening Davis County’s sonic horizons via a monthly event she’s dubbed Caryn’s Rock & Roll Rampage. It’s a showcase for Utah bands slated to happen the last Saturday of each month, starting this week with a bill that includes Soulonoscopy, Babble Rabbit, The Insurgency and more. The Fifth, 980 N. 550 West, Bountiful, 8 p.m., $3 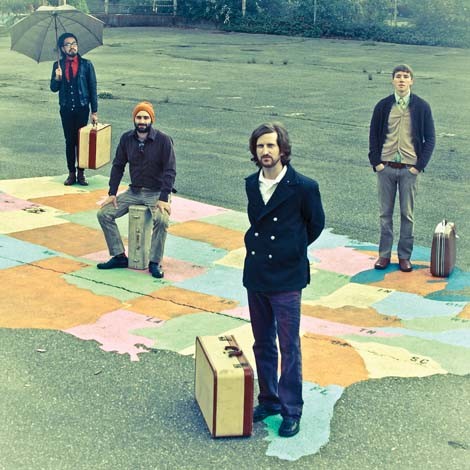 Smile Brigade
Seattle-based Smile Brigade clearly took a few lessons from their friend Calvin Johnson (who lends his vocals to their new album) and his band Beat Happening. This quartet wraps some serious ideas—about war, or America’s reliance on foreign oil, for example—in sugary-sweet pop music reminiscent of The Beatles, Magnetic Fields or R.E.M. The band’s latest release, Do You Come Here Often?, is full of tasty harmony vocals and straightforward, chiming pop-rock. If that’s your thing, these guys will have you all smiles. Small Town Sinners and Max Paune & the Groovies open the show. Kilby Court, 741 S. 330 West, 7 p.m., $6

The Budos Band
Just in case you didn’t get enough funk and soul in your system with the visit from Sharon Jones & the Dap Kings a few weeks back, along come Daptone labelmates The Budos Band—an afro-funk 10-piece currently blowing minds across the country with a tour in support of the band’s new album, The Budos Band III. Launched in 2003 as an after-school project by a bunch of Staten Island music teachers, The Budos Band has grown into a lethal touring combo through the years, garnering raves at funk and jazz festivals from coast to coast. The new album has proved equally compelling to critics, with Pitchfork calling The Budos Band III “something so hip it could kill you in large doses—in the right doses, it just plain kills.” While de facto band leader Jared Tankel claims the band was trying to make “the first psychedelic, doom-rock record ever recorded at Daptone,” the band ended up with another set of entrancing rhythms, horn blasts and breakbeats. And there ain’t nothing wrong with that. AM Bump Trio open the show. The State Room, 638 S. State, 8 p.m., $15 adv./$20 day of