South Jordan officers get a pass after killing an unarmed man. 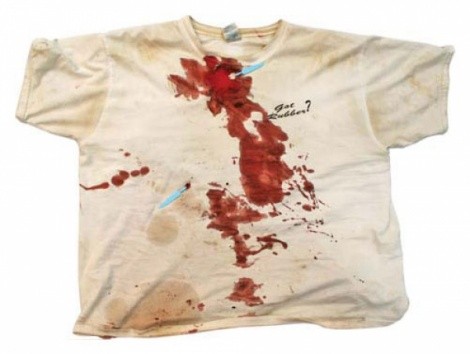 Around 10 a.m. on May 28, 2009, a West Jordan Police Department captain knocked on the front door of Kristi Russell’s parents’ home. He told Kristi her boyfriend, 41-year-old Wade Pennington, had been shot and killed after a high-speed chase. The distraught woman called Pennington’s mother, Judy.

“Oh my God, don’t tell me Wade’s dead,” Judy cried out. Pennington’s father, Garry, collapsed on the lawn of their Kamas home, repeatedly throwing up, until one of his two remaining sons took him to hospital.

An employee of the funeral home, where hundreds of mourners gathered to say farewell five days after Pennington’s death, consoled friends and family, saying he died instantly. Months later, in February 2010, that consolation was taken from them when family members, including Pennington’s 19-year-old son Tyler, reviewed the video and audio recording they obtained through open-records requests from West and South Jordan police departments.

While the dashcam video taken from the patrol cars of the two officers involved—South Jordan Police Department’s officers Jared Nichols and Brett Perez—did not show Pennington’s actual shooting, the audio portion recorded the shouts of the officers and the two gunshots, fired by Nichols, which killed Pennington. According to an interview with investigators three days after the shooting, Nichols claimed he berated Pennington for provoking Nichols’ use of deadly force. “You fucker, why did you do that?” is what he claimed he said to the supposedly dead Pennington.

But, members of the Pennington family burst into tears when they heard the words Nichols had claimed were his. In truth, it was Pennington’s voice on the audio, they realized, not Nichols’. Pennington, they now understood, was still alive moments after being shot. He was hanging upside-down from the window of his black SUV, where Nichols had left him after attempting unsuccessfully to drag him out of the vehicle. And what a weeping Pennington said in his dying moments, as caught on Nichols’ body mic: “I’m fucking shot. Why did you shoot me? You bunch of assholes.”

That question has torn an enormous hole through the lives of Pennington’s family and intimates, in part because Pennington, who fueled a crack-cocaine addiction by breaking into commercial properties at night, seemed finally to be turning his life around. On the day Pennington was buried, he was scheduled to be in court with West Jordan 3rd District Judge Robert Adkins for a hearing that, family members say, may have ended with him released from the criminal-justice system to continue building a new life with 35-year-old girlfriend Russell, who was also his partner in a successful roofing business based in Duchesne County.

From the first days after the shooting, anguish over Pennington’s death gave way to outrage as more and more questions emerged about the shooting and the subsequent investigation, which resulted in Nichols’ actions being ruled as justified by Salt Lake County District Attorney Lohra Miller. While West Jordan Police Department issued a press release the day after the shooting that claimed Pennington was shot because he repeatedly rammed police cars, his family learned through records requests that it was Perez and Nichols who rammed Pennington before the latter shot him. They also learned from records requests that the two officers involved in his death had troubling pasts. According to South Jordan Police Department records, Perez had previously lost his sergeant’s stripes for violating South Jordan chase policy, while Nichols had been one of two shooters in another death 20 months before Pennington’s. Neither of these facts surfaced in the shooting investigation, despite one of the lead investigators, Sgt. Michael S. Leary of the Salt Lake County District Attorney’s Office, having interviewed Nichols for both shootings.

Out of all the doubts and questions that circle the case, perhaps the most fundamental is that Nichols told investigators, “I have no idea who this guy is.” Yet on his own dashcam video, he can be heard shouting, several seconds after he shot Pennington, “Freeze, Wade, I’m going to shoot you. Get down on the fucking ground.” Jarring discrepancies between the dashcam videos of Perez and Nichols and their statements to investigators, combined with the failure of investigators to ask any questions beyond those that ensured a clearance of the shooting, led the family to think that early in the pursuit, Perez and Nichols decided to exact retribution on a career criminal who, despite a slew of recent burglary charges in South Jordan and Sandy two years before, had perhaps gotten off too easy.

The family’s attorney, St. George-based Aaron Prisbey, concludes, “The question is whether you want law enforcement to be judge, jury and executioner.”

On May 27, 2010, the Pennington family filed a multimillion-dollar wrongful-death lawsuit in the central division of the Utah District Court against the two officers involved in the killing, as well as South and West Jordan police departments and their chiefs, the Salt Lake County District Attorney’s Office and Lohra Miller. Legal representatives of the police departments, the District Attorney’s Office, Miller, Leary, Perez and Nichols did not return calls for comment on this story. Miller’s legal representative, attorney Peter Stirba, has however filed a request for sanctions against Prisbey, claiming the lawsuit is frivolous.

In the wake of Pennington’s death, his brothers, Dennis and Dusty Pennington, have been consumed by their search for the truth, a role forced upon them by post-shooting investigators who they argue failed to do their job. They go frame by frame through the dashcam videos, eerily reciting police dialogue with the exact intonation of those involved. “We’re not investigators,” Dennis says, calmly clicking through autopsy photos of his brother that would make most blanche in horror.

Controversy over the district attorney’s investigations of police shootings is nothing new, especially during the four years of Miller’s tenure. Days after she started in January 2006, she dismissed a charge of aggravated assault against Granite School District Officer Richard Todd Rasmussen. The charge had been filed by Miller’s predecessor, David Yocom, two years before, following Rasmussen’s shooting of unarmed Anthony Chavez after a high-speed pursuit. Miller also declined to prosecute two sheriff’s deputies despite declaring their shooting of a theft suspect unjustified. In that instance, the district attorney’s investigative report noted there was not a “reasonable likelihood” her office could get a guilty verdict from a jury. In total, according to an open records request of the Salt Lake County District Attorney’s Office by City Weekly, law enforcement personnel within the county used deadly force 48 times during Miller’s term, resulting in 24 fatalities. None of the shootings resulted in a prosecution of law enforcement.

The controversy over Pennington’s May 2009 shooting, however, coming in the final weeks of Miller’s administration after she lost her office to Sim Gill in the November 2010 election, offers a disturbing portrait of a system that appears to provide little to no scrutiny of officers’ actions when deadly force is used.

Utah Association of Criminal Defense Lawyers Executive Director Kent Hart, after viewing video from the shooting, calls for the case to be reopened by an independent body. The shooting investigation “was not adequate,” he says. “There are many questions that are unanswered coupled with a lot of red flags.”

Defense attorney Jeff Hall, who represented Nichols in the initial post-shooting interview, cautions that officers caught up in shootings are in “very difficult situations” and should be “afforded a substantial amount of deference. You need to stand in the shoes of an officer in the moment to appreciate the dynamics of the situation.”

But Pennington’s family, still struggling to deal with the horror of that night, cannot countenance anything they see as resembling excuses. Among the final words Pennington heard came from Perez: “You’re dead, motherfucker.” Tears in his eyes, Garry asks, “How does that feel?”