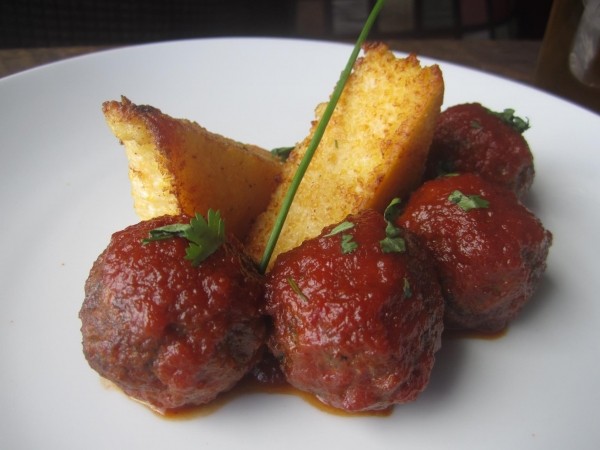 There is no shortage of glossy restaurants in Park City; the resort town is absolutely brimming with them. Silver Star Cafe, however, isn’t such a restaurant. For starters, it’s tucked away in a cozy little niche far from touristy Main Street. It’s located in Silver Star plaza, which looks out onto the Park City golf course in summer and Park City’s popular cross-country ski track in winter. More importantly, Silver Star Cafe isn’t intended to be an eye-popping affair—something seemingly transplanted from Vegas or Los Angeles. Rather, it’s an inviting, warm, rustic eatery that fits in perfectly with the surrounding natural scenery. Truthfully, it seems much more Sundance than Park City.

Silver Star Cafe is the creation of longtime restaurateurs Jeff and Lisa Ward, formerly associated with businesses like 350 Main Brasserie, Barking Frog Grille, Riverhorse Cafe, The Spur Bar & Grill, Stein Eriksen Lodge and others. Between the two, they have a ton of restaurant experience, and it certainly shows at Silver Star Cafe, which has, in a short time, become one of Park City’s most bustling eateries. On Thursday evenings in warm weather, the plaza outside the cafe—complete with comfy sofas and fire pits—features Plaza Palooza, with live music from an array of local and visiting artists. And on Fridays, Silver Star hosts Park City Limits, featuring live performances by singer-songwriters. On those evenings, a seat at Silver Star Cafe is the hottest ticket in town.

The restaurant is festooned with lots of thick, heavy wood, some of it reclaimed from the mines in the area, which gives it a very warm vibe. And it’s small, seating about 50 customers, plus extra seating outside when the weather is warm. The food is what Jeff, Lisa and Chef Dave Bible like to call “American roots cuisine”—homestyle comfort food with a Western influence. Options run from breakfast items, sandwiches and salads to pizzas and full entree items such as cassoulet ($17.50), New York Steak ($23.50), maple-glazed salmon ($21.50) and pan-roasted Niman Ranch pork loin ($18).

After studying at the Pacific Institute of Culinary Arts, Bible made his way to Utah—he’s originally from Spokane, Wash.—and worked at Caffe Molise before helping to open the all-too-short-lived Sego Lily Cafe in Bountiful. After Sego Lily closed, he was lured up to Park City by Jeff and Lisa, and it’s been a good fit. Bible isn’t a chef who dazzles you with fancy tricks; he just knows how to cook food that you really want to eat. He’s also an avid student of the Roman Empire and a serious metal-head and prog-rocker, when it comes to musical tastes.

Just about anyone can make a satisfying Reuben sandwich. But for some reason, Bible’s Reuben ($9), which comes with a heaping helping of french fries, is especially tasty. The thick, marbled rye bread is toasted on the grill until just slightly charred, and he isn’t stingy with the corned beef, Swiss cheese and housemade Russian dressing. The sauerkraut doesn’t taste like it came from a can. It’s just a simple, but sensational, sandwich. And speaking of sauerkraut, if you’re a kraut lover like me, you’ll be mightily tempted by Silver Star’s red-hot Chicago dog ($6.75), topped with tangy caraway-spiked sauerkraut. Bible also knows his barbecue inside and out, so I wouldn’t stray too far from the chipotle barbecue pulled pork ($8.75).

At dinner, options can be almost overwhelming. Everything on the menu just sounds so damned good. And most of it is. I suggest sharing a “small” plate of (two) enchiladas ($9). They’re corn tortillas stuffed with roasted duck and sweet potatoes, with wilted spinach, queso fresco, diced tomatoes and a scrumptious roasted- oblano-pepper cream sauce. Another lip-smacking starter is the campfire meatballs ($8): four housemade meatballs made with a mix or beef and pork, a few hits of cayenne pepper and coriander and served with two triangle wedges of cheddar grits cake (yum) and Bible’s killer chipotle barbecue glaze. As the old TV ad used to say: “That’s-a some spicy meatball!”

Silver Star service is super friendly, but professional. Actually, for breakfast and lunch, it’s a semi-service situation: Order your food at the counter and pay the bill. A server will deliver the food to your table. In the evenings, full table service is provided, and the servers I’ve dealt with have been very knowledgeable about both food and drink options. A server named Ellen was especially memorable. Beverage options run from iced tea, fresh lemonade and Mexican Coca-Cola to specialty coffees and teas and a surprisingly substantial beer and wine list. Kudos for offering interesting wines like Hahn Pinot Noir, Seghesio Zinfandel, Landmark Chardonnay and Obsidian Ridge Cabernet by the glass.

I really enjoyed the mushroom stroganoff ($16.50), brimming with wild and cultivated mushrooms in a rich brown sauce with a drizzle of sour cream and excellent homemade spaetzle. The pizzas, too, are top-notch, and I’ve eaten more than my fair share of Bible’s Italian sausage pizza ($14.50), made with spicy housemade sausage. A hearty dish that you really won’t want to miss, though, is the short rib ($19.50), braised until it nearly falls from the bone just by looking at it, with delicious Parmesan mashed potatoes, Swiss chard, glazed carrots and a rich, silky Cabernet reduction.

As I said, Silver Star Cafe might not have the dazzle of some of Park City’s and Deer Valley’s more hoity-toity restaurants. But Silver Star has a special sizzle all its own.