After two decades, Slamdance is experienced in turning failure into fortune

When the story gets told about how four filmmakers got rejected from Sundance and out of spite started their own film festival, people automatically think that the decision to create a little “anarchy in Utah” was the key point in the history of Slamdance. But what really shook up the mountaintop festival scene happened just after that inaugural protest came to a close.

“I’ve been thinking about that a lot recently,” says Peter Baxter, one of the four original contrarian filmmakers and current president of the annual festival. “I think there was one big change at Slamdance that happened actually at the end of that first year. That was working out that we, as the co-founders, all had the desire to continue Slamdance for other filmmakers like us. The first year was all about our films—getting our films exposure, trying to find reviews and in some cases distribution—and we didn’t know at that time that Slamdance would even continue. Now, it’s 20 years later.”

Back then, there weren’t very many opportunities to succeed if you didn’t get your film into the Big Show as an independent filmmaker. Sundance was really the one way to do that in the United States at the time. Baxter and company wanted to provide an alternative for other filmmakers, instead of just walking off into the sunset having been turned down by Sundance.

But failure can be a friend. What originally started as a kind of anti-festival in the snow has become a strong grassroots film community in its own right, with the telling motto, “By Filmmakers, For Filmmakers.”

In short, that was the radical shift. It was the moment they decided to continue Slamdance, so they could help other up-and-coming filmmakers. And that’s what they’ve been doing ever since.

The program this year at Slamdance 20 is essentially organized in the same way as that second festival, focusing on emerging talent who have created innovative films on tiny budgets and don’t have distribution—essentially a do-it-yourself ethic. It’s the same type of ethos that provided a foundation for those first four filmmakers to not only create their films, but also then carry on and create their own festival.

That history is the impetus behind one of the featured films of this year’s program, a short called DIY. “We were inspired to make this short documentary, which is going to be a feature, because our 20-year life has coincided with a real growth in DIY filmmaking,” Baxter says. DIY features mostly Slamdance alumni who first showed their work at this festival, filmmakers like Marc Forster (World War Z), Christopher Nolan (the Dark Knight trilogy), Benh Zeitlin (Beasts of the Southern Wild), Oren Peli (Paranormal Activity), Lena Dunham (HBO’s Girls) and Jared Hess (Napoleon Dynamite) describing their indie-filmmaking struggles and how they ultimately succeeded. “But it’s not just about finding success,” Baxter adds; “it’s really about the art of independent filmmaking, storytelling, the whole do-it-yourself approach.” 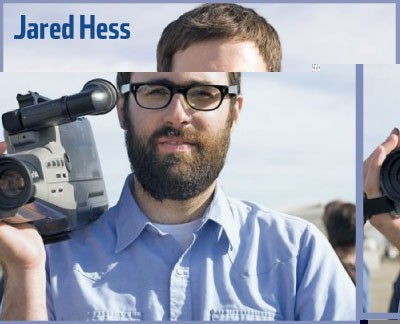 The DIY ethic in filmmaking has certainly been around for far longer than the 20 years of Slamdance, but the significant changes in costs and technologies in those two decades has surely accelerated change; as just one example, this year’s Slamdance film I Play With the Phrase Each Other was shot entirely on an iPhone. But as Baxter sees it, an even more important aspect to the proliferation of DIY filmmaking is the fact that filmmakers are sharing their experiences with one another, sharing lessons learned in order to help others avoid common pitfalls.

According to Baxter, the actual physical experience of filmmaking—and then listening to those filmmakers that have survived it—is a very different process than one would glean from simply studying film. Getting your hands dirty is paramount. And then there’s the ability now to take total control of everything, from beginning to end; filmmakers no longer have to rely on institutions, labs or equipment houses, spawning a fertile time for independent cinema that represents the spirit of DIY filmmaking.

Oh, and of course the passion—not only the passion to create innovative films, but the passion and energy to pursue grand ideas, like taking to Park City’s Main Street and setting down strong enough roots to exist 20 years later.

“The passion remains,” Baxter says. “I’m just glad that we figured out very early on that the way you program quality film with new and exciting voices is to let the filmmakers take charge. The programming comes from filmmakers themselves. We believe that those who have been at Slamdance are able to launch emerging careers. That is what our showcase it about and that is why we’ve been able to accomplish what we have these past 20 years.”