What’s the most difficult aspect of cooking? Finding a perfect combination of herbs, spices and fresh ingredients, and having the guts to take risks. Five local chefs showcased their skills at City Weekly’s cooking challenge “homage” to the Food Network show Chopped. Harmons offered its state-of-the-art cooking-school kitchen at the Farmington Station Park store, and each chef was given four local ingredients—Pepperlane First & Last “Date” roasted-garlic jalapeño preserves, Morgan Valley Lamb, peaches from C.K. Farms and Lehi Roller Mills Hotcake Mix—plus 45 minutes and whatever they could find in the Harmons pantry to make some magic.

Chef Nathan Powers
With a passion for Ferraris and collecting Italian bicycles, chef Nathan Powers runs Bambara in the historic Continental Bank Building lobby, now part of the Hotel Monaco. After being dared by a fellow classmate at the Culinary Institute of America, Powers asked foodie legend Mark Franz of Stars restaurant in San Francisco for an externship. While under Franz’s watch, Powers mastered the time-honored techniques applied to the best seasonal ingredients. 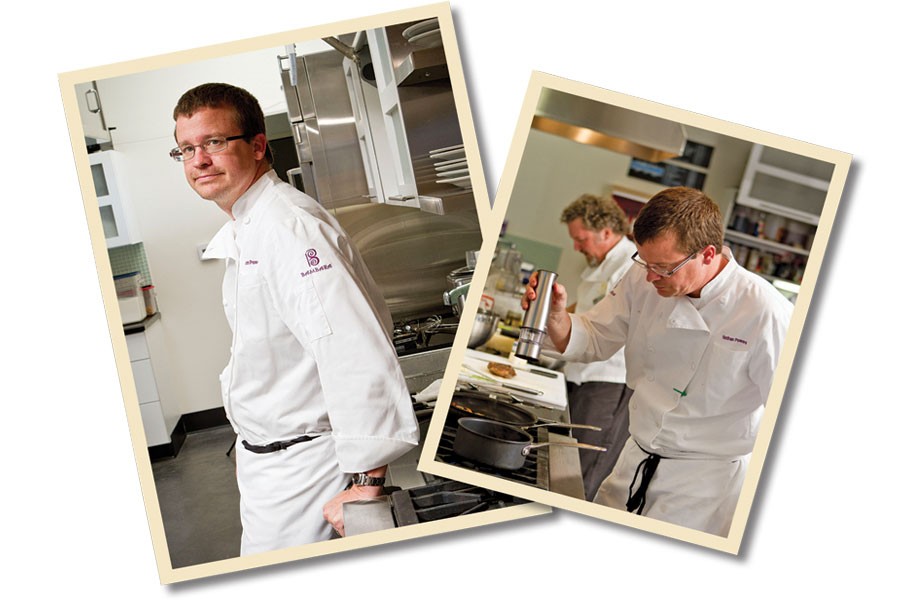 What did you end up making?
There was berry & jalapeño jam with chanterelle-mushroom “doughnuts”; a peach, marrow, roquette and Beehive cheddar salad; and then a lamb shoulder sliced thin like a flank steak. Shoulder chops are not the most tender pieces of meat, but if you cook it right and slice it thin, it can be really great—like a flank steak. You know, if you try to eat flank steak like a New York steak, it’s going to be too tough. If you slice it thin with a razor-sharp knife and fan it, it will really help the tenderness.

How did you make the dish?
I took the lamb shoulder and crusted it with herbs, peppercorns and salt, then seared it rare to medium-rare. I took the marrowbone and rendered it to use as a salad dressing. I also made a sauce from the rendered marrowbone, some chicken stock, blackberries, a little bit of caramelized onion and rosemary and finished it with butter—almost like au jus [translated roughly from French: “with its own juice”]. Then, I grilled the peaches with balsamic, thyme, salt, pepper and olive oil. I sliced them and used them in my salad with roquette—or arugula—and local Beehive cheddar. I simmered the jalapeño jam with whole blackberries, kind of crushing the berries as they softened. I seasoned that with a little bit of sherry vinegar and black pepper. I took the pancake batter and made it a little thinner than normal—almost like a tempura batter—then dipped some chanterelles in it and deep-fried the wild mushrooms: It was kind of a twist on doughnuts and jelly, garnished with a little scallion for some bite, and sea salt.

What was your most challenging ingredient?
I was trying to figure out what to do with the pancake batter. That’s what threw me. But as soon as I saw the blackberries and how big and beautiful they were, I thought to myself, “I’d like to make a twist on the blackberries with that jam.”

How did the dish represent your style as a chef?
If you just looked at [the dish], it was exceptionally visually appealing, but it wasn’t very foo-foo and arranged with tweezers and shit. It was a combination of elegance and simplicity, prepared as minimally as possible; too many cooks spoil the broth by taking away an ingredient’s simplicity.

What would you call your dish?
Seared Morgan Valley Lamb with coconut-milk poached chanterelles and peaches. … It’s so hard to put a name to a dish. 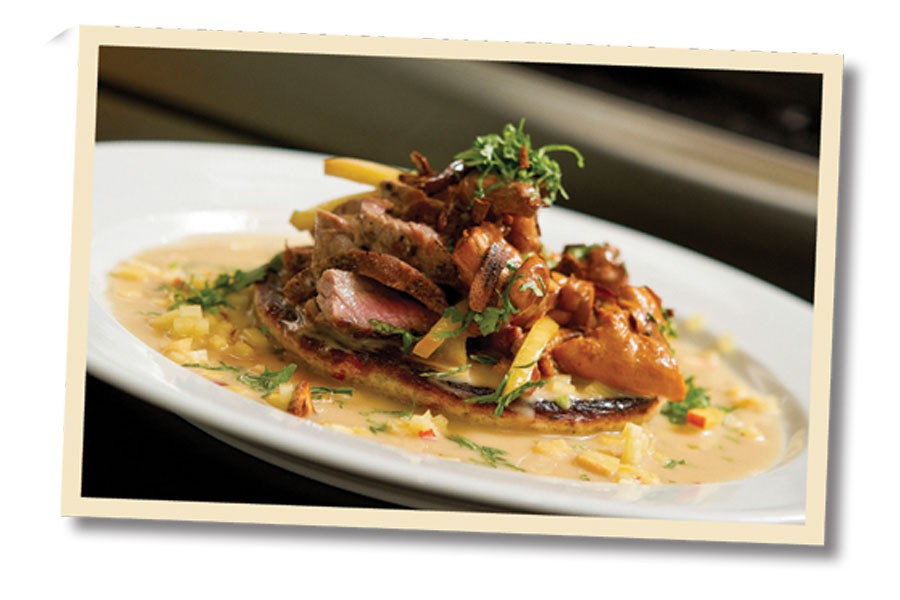 How did this dish represent your style as a chef?
Stylistically, it would be the brightness of it. If I use an ingredient, I like the sharpness and the vibrancy to really come through. I try to use those vibrant ingredients mixed together in a unique way, but not really tamper with them. I try not to smother the freshness of things. I’ll never make a chanterelle taste better than a perfect chanterelle out of the ground. So, my thinking was, why not play off that and see what matches? And that’s what I really try to do: surprise people with creative combinations while keeping all of the flavors fresh and identifiable.