The Canyons Saturday Summer Concert Series kicks off with Vermont’s Grace Potter & The Nocturnals, a soulful blues-rock quintet whose frontwoman says they’re more of a road band than a studio project. The group has been kicking around for close to eight years now and are just starting to gain the recognition that long time followers believe they deserve. Working with T Bone Burnett on their third full-length release might help popularize their sound—a timeless throwback to ’60s and ’70s rock acts powered by Potter’s knock-down-drag-’em-out vocals. She doesn’t just sing, either. Potter is a versatile multi-instrumentalist who, while most comfortable manning a Hammond, Wurlitzer or Rhodes, definitely knows her way around a guitar—acoustic or Flying V. And The Nocturnals? Well, there’s a reason Potter bills the group as a team effort. New bassist Catherine Popper (Ryan Adams & The Cardinals) and rhythm guitarist Benny Yurco recently joined guitarist Scott Tournet and drummer Matt Burr to round out the indispensible crew. See what you’ve been missing at this free event. Bring a picnic and dancing shoes. The Canyons, 4000 The Canyons Resort Dr., Park City, 6 p.m. All-ages. Info: TheCanyons.com 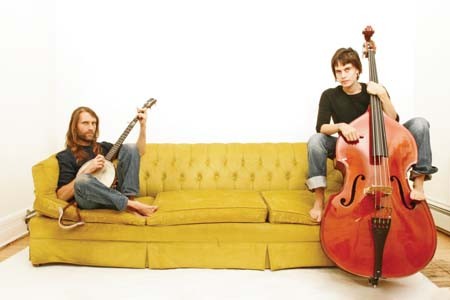 Truckstop Honeymoon’s “Rebel Girl” sounds nothing like Bikini Kill’s track of the same name, but its title character is similar insofar as she’s a strong, determined woman holding the key to revolution—in this case, rallying industrial workers of the world. As with all the songs she sings in the Kansas-based old-time/bluegrass band, Katie Euliss infuses her delivery with infectious charisma, humor and whimsy, as on “Mama’s Moving Back,” a duet with artistic/life partner Mike West. The Louisiana natives—they relocated to the Midwest after Hurricane Katrina destroyed their home—are as real as they come and talented as heck, especially when manning a bucket-bass and banjo. Truckstop Honeymoon will open tonight’s Cool Air Concert Series followed by headliner Jason Isbell and 400 Unit. Snowbird Resort, Highway 210, Little Cottonwood Canyon, 5 p.m. All-ages (also Tuesday at The Woodshed)

Monday 7.20
BLAZED & CONFUSED
Blue Carpet Treatment. Purple Kush. Barney. Belvedere. Snoop D-O-Double-G has a Ph.D. in weed lexicology. The hip-hop artist is widely known for his unique and playful approach to language, namely his now-familiar twist on modern slang. Fo rizzle. Though responsible for some of the ’90s most memorable jams, Snoop is inextricably linked to all things marijuana. Yes, he briefly ditched the drug in 2002 but soon after returned to his old flame. The love affair continues on tour with like-minded reggae royalty Damien Marley and punk-reggae band Slightly Stoopid. Smoke `em if you got ’em—but not on the premises. Take a cue from Snoop who, during his guest appearance on Showtime’s Weeds, used “stunt weed.” Right. Usana Amphitheater, 5400 S. 6200 West, 6:30 p.m. All-ages. Tickets: SmithsTix.com

RYAN AVERY
Ryan Avery isn’t exactly the next Roky Erickson or Daniel Johnston but, like both troubled legends, his creative pursuits raise the ever-elusive questions, “What is art?” and “What is sane?” With Hi, My Name Is Ryan, documentary filmmakers explore the value of Avery’s contributions as a “therapeutic entertainer,” from his work as a photo-booth artist to musical performances of both thrash-metal and sweet a cappella. Is the sum of his efforts brilliant or absurd? Tonight, Salt Lake City residents have an opportunity to experience Avery’s music with a free in-store performance based on his goal to “be superhuman.” Slowtrain, 221 E. Broadway, 7 p.m. All-ages.