How Much Do You Love That Music? The new economy puts bands’ futures in the hands of fans. 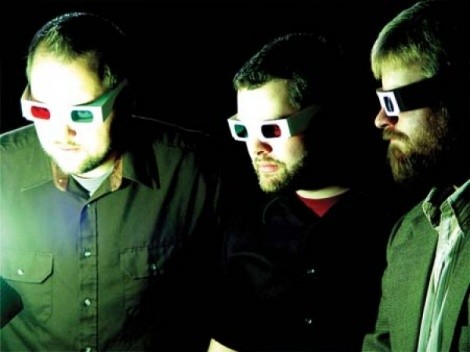 Remember when being a music fan meant buying albums, going to see a favorite band in concert as often as possible and sporting a T-shirt to show the world your allegiance to said band? Those days are over.

To be sure, buying music, tickets and merch remains a vital aspect of music fandom. But the music-biz economy and overall global financial turmoil of recent years have conspired to force bands and their fans to interact financially in ever-more creative ways.

On a large scale, that means bands like The Pixies sell exclusive live CDs of the concert just performed to ticket-holders, or stadium acts offer “VIP” experiences to early-bird ticket buyers that include meet & greets with the band, a bag of swag and better-than-average seats.

The new music economy is affecting things on a micro-level, too, with some of Utah’s homegrown talent looking to fans to help keep their careers moving forward in a time when touring and printing CDs and vinyl is increasingly expensive.

Take Salt Lake City band Cavedoll, a ridiculously prolific crew who recently took to their Facebook fan page to host a fundraiser to help with the printing and promotion of their new album, An Enjoyable Tale. For various donation amounts ranging from $10 to $25, Cavedoll’s fans could get a T-shirt, an old Cavedoll CD, a DVD holding 18 previous albums’ worth of songs on MP3, or some combination of those treats.

The fundraiser was the first time the band had tried such a thing, Cavedoll’s Camden Chamberlain says, and it worked, to a degree, providing the band with “a good chunk of money we didn’t have before.” At the same time, it helps Chamberlain and Co. continue offering their albums via BandCamp.com and other “pay what you will” systems.

“I don’t believe in only getting an album out by selling it,” Chamberlain says. “I don’t pay for half the shit I get, so why would I charge people? I much prefer making it free or letting them pick the price,” even if that means doing an occasional fundraiser to help defray the costs of touring or doing a PR campaign.

Locals The Gorgeous Hussies tied their 2010 Get Up and Groove summer tour plans to their ability to raise $1,000 to help pay for gas. They managed to exceed their goal by offering traditional products as Cavedoll did, but also by personalizing the fundraising a bit more.

Ten bucks, for example, would get a donor unreleased music downloads and a ticket to the next Gorgeous Hussies show in their town. A $100 contribution would garner a slew of autographed posters and DVDs and personalized, handwritten postcards from the band members as they traveled, while a larger contribution could get fans a waffle breakfast with the band. One super-size, $750 contribution—which someone did take them up on—earned a two-hour seminar from the band on how to successfully tour the Northwest, a familiar stomping ground of the group, plus a Gorgeous Hussies song written specifically about the donor, recorded and filmed on the tour and sent to the donor on CD and DVD.

According to Gorgeous Hussies singer/guitarist Jordan Olsen, the impetus for the fundraiser was simple.

“We’re kind of haunted by touring a couple of years ago, when gas first got up to that $4.25 a gallon mark,” Olsen says. “And we definitely didn’t want to come at people and just panhandle, ‘Just give us something, we’re starving artists.’ We wanted it to be something where people benefited from their generosity and got something we haven’t offered before.”

They were originally hesitant about starting a label, Slowtrain’s Anna Brozek says, until seeing how their friends at Portland’s Mississippi Records ran theirs, dealing exclusively in “desirable and collectible” limited-edition vinyl releases.

Vinyl doesn’t come cheap, though, especially the heavy-duty colored vinyl with stunning cover art that Brozek and her husband, Chris, envisioned for Slowtrain Records’ releases. So, they came up with a concept the Slowtrain Website calls “a community-based record label where fans are part of the development process.”

Slowtrain plans on printing only 250 copies of its releases—including the label’s first, The Devil Whale’s latest album, arriving this fall—and “early investors” can assure themselves a copy by buying a ticket to a pre-release show by the band this weekend, which will also get them an exclusive CDEP.

“We really want to treat the LP releases like works of art,” Brozek says. “ It’s just music, it’s so casual and everyone loves it. But to the people who really do it right and take the time to make it right, it really is a work of art. The vinyl version, to us, is really what best encapsulates the ‘art’ part of that, because you get the large artwork, you get the inserts, you get the LP. It sounds better, and it really feels like something in your hand.”