What's on Your iPod? 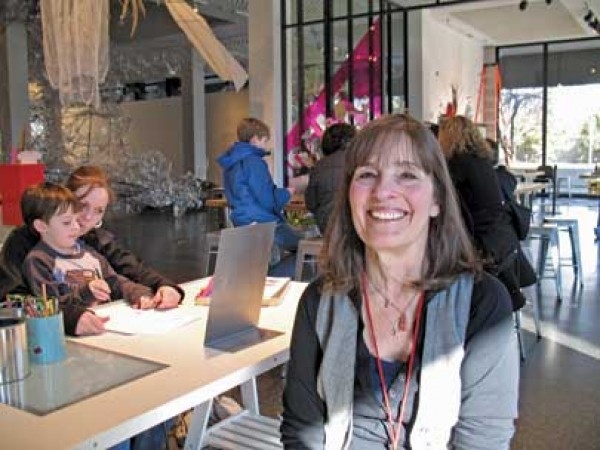 In 2004, Rolling Stone drafted the “500 Greatest Albums of All Time,” and The Beatles’ Sgt. Pepper’s Lonely Hearts Club Band charted at No. 1. Although the album artwork—designed by Jann Haworth and Peter Blake—won a Grammy, the top rank was, no doubt, for the music. Still, the cover became iconic, leading Haworth to scrutinize it nearly 40 years after it was released.

“I had to look at it statistically,” says the Utah-by-way-of-England artist. Among the 70 or so famous people, there were 12 female figures, including three depictions of Shirley Temple. “And the only intelligent one was Mae West,” Haworth says.

And the ethnic diversity was equally as low. “The Beatles picked no African-American musicians despite owing a debt to them,” Haworth says, meaning that early American R&B artists—Chuck Berry and the like—were pioneers fundamental to the formation of The Beatles’ sound. She says she felt apologetic about the whole cover, because she and Blake picked two-thirds of the characters.

So, to correct that error, she turned her attention to a new mural to portray a vast swath of 21st-century pioneers for change—from Banksy to BjÃ¶rk, the Dali Lama to Ellen DeGeneres. “It is by no means a comprehensive list, but I’m far prouder of it [than the original album artwork],” Haworth says.

The first phase of the “SLC Pepper” mural was completed in 2005, with the mural standing at 50 feet by 30 feet on 400 West between 200 South and 300 South. In total, 33 artists worked on it, including youth volunteers from YouthCity Artways, Spy Hop Productions and Higher Ground Learning—a true community enterprise.

But Haworth says the enterprise isn’t complete. She would still like to create similar “Pepper” murals in Barcelona or Los Angeles, which was her original plan.

In Salt Lake City, at least, she hopes to build a ramp up to the mural where people can be “in” it and take photos.

It’s 2-D meets 3-D, a omnipresent concept in Haworth’s work throughout her career as a Pop artist. Haworth, among other things, was a pioneer in the cloth soft-sculpture medium, and several of her cloth dummies—and one of her “Old Lady” figures—made it in with John, Paul, George and Ringo on the album cover.

Her father, a set designer in Hollywood, was her most significant influence. In fact, he was shooting a film in England while Haworth and Blake were designing the Sgt. Pepper artwork, and he lent his hand in creating the life-size photo backdrops.

If Haworth sees another vision through, the “SLC Pepper” mural will have a cousin in town—as a project for the science and art museum the Leonardo. Haworth has been on the Leonardo’s board for five years and currently manages the Lab at the Leo. She hopes to paint a mural downtown to pay tribute to history’s greatest women “of all walks of life, like Rachel Carson, Édith Piaf, Ada Lovelace, musicians, scientists,” to be painted by local women of all walks of life.

“I need this education, and I think other people do, too, especially for the next generation,” Haworth says. “We would be the first to have such a mural, and Salt Lake City would be making a really major statement about gender.” The project is in preliminary stages, however. But it is clear that it will be a mural, for several reasons.

“The mural is the natural-born child of Pop art,” Haworth says. “It can’t be sold, it has greater dignity than Warhol selling a piece for a gazillion dollars, and I think it’s magnificent for that. It has so much more spirit than a lot of contemporary art.”

The Beatles, “Lucy in the Sky With Diamonds,” Sgt. Pepper’s Lonely Hearts Club Band
I gather this song started as a drawing by a child, which they lifted to create this wonderful scene. When I heard Sgt. Pepper’s, this one just jumped out, because it was so unexpected. It goes to the heart of Dada and surrealism—what my work has always dealt with.

Tom Waits, “Mr. Siegel,” Heartattack & Vine
“I shot the morning in the back/ With my red wings on.” No one else writes lyrics like that. I think [Waits] addresses this song to Don Siegel, who had a reputation larger than he deserved. Toward the end of filming on Invasion of the Body Snatchers, my dad and the crew nailed [Siegel] up in a cave [laughs]. On the mural, my son did the stencil, and there are just these fantastic hands.

Chuck Berry, “Maybellene,” Johnny B. Goode: His Complete ‘50s Chess Recordings
When I was in high school, my cousin told me about Hunter Hancock, this revolutionary DJ that played all African-American music—in ‘52. It was just the best music, and I never recovered. It set my brain afire. [Berry] was what I cut my teeth on, musically.

Steve Earle, “Christmas in Washington,” El Corazón
[Earle] just dared to say what needed to be said. It’s very difficult for an artist to do political protests well. In England, they call them damp squibs—they just don’t take off. I think he has the stature of Woody Guthrie, and this particular song unites the two artists. 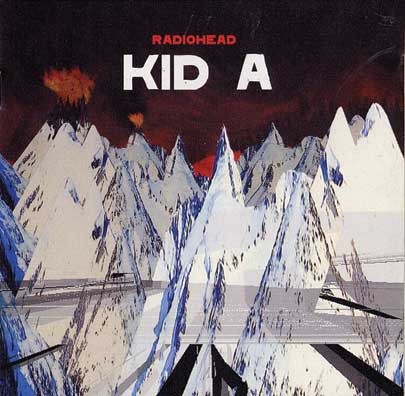 Thom Yorke (Radiohead), “How to Disappear Completely,” Kid A
I just love [Radiohead’s] principle of no commercialism. This was my daughter’s pick for the mural, and she did the stencil. I suppose because of the band’s political stance, as well as their breaking of all of the rules of what it means to be a rock star. They sort of take the expected and turn it on its head.