Canyon conservationists have to give a little to get a little 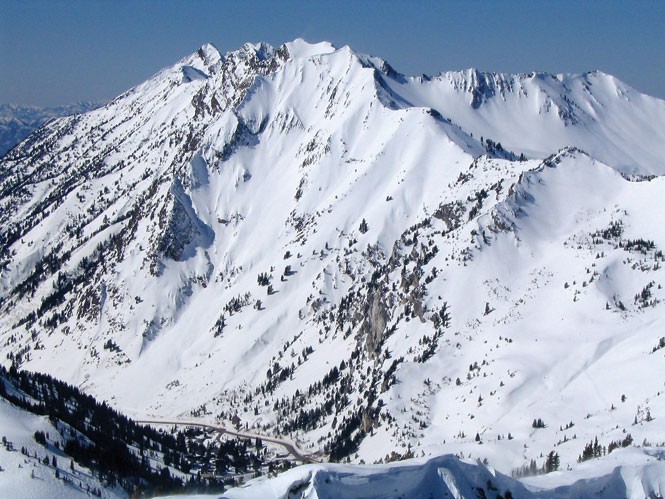 From nearly anywhere in the paved-over, billboard-dotted Salt Lake Valley, the wild and jagged heights of the Wasatch mountains stand out as a reminder that the freedom of wilderness is not too far away.

These mountains mean different things to different people. For ski resort owners and home builders, they are a commercial enterprise. For others, they are a place to recreate, while for some, the soaring peaks are little more than pretty scenery.

Planning for the future of the Wasatch mountains has long pitted business interests against conservation efforts. In an effort to gain some resolution to these conflicts, government entities, environmental groups, ski resorts and the outdoor industry convened a process known as Mountain Accord that, after a little more than a year of meetings, has yielded some long-term plans.

The fruit of these labors is a proposed blueprint seen as a compromise where conservation groups stand to gain thousands of acres of privately held land for preservation in exchange for allowing increased ski-resort development and a rail line up Little Cottonwood Canyon.

Carl Fisher, executive director of Save Our Canyons, says he toyed with the idea of withdrawing from the Mountain Accord process as he watched development interests capsize conservation efforts. As the blueprint has emerged, Fisher says he feels conflicted about whether to support allowing some development now if it means it would put an end to the piecemeal land battles that Save Our Canyons has been fighting for decades.

"It's become very clear to us that conservation isn't going to happen unless it's tit for tat for more development up there," Fisher says. "I think there's a real opportunity here to try to find the end, but at what cost?"

Peter Metcalf, founder and CEO of Black Diamond Equipment, echoes Fisher's concerns. Both Metcalf and Fisher hold seats on the Cottonwood Canyons Task Force, a focus group within the larger Mountain Accord process that includes members from the ski resorts Alta, Brighton, Snowbird and Solitude, the U.S. Forest Service and the mayors of Salt Lake City and Salt Lake County. Both men believe the central Wasatch—the area that looms over the Salt Lake Valley—is nearly perfect the way it is.

But, leaving these mountains alone is not an option. Fisher and Metcalf have each waged battle over development proposals in the canyons. Projects flutter in from developers looking to build on private land in the canyons, ski resorts eyeing new terrain and organizations such as Ski Utah, the local ski industry's cheerleader for tourism which has sought to connect all the Wasatch resorts.

Some fights have been won, Fisher says, and others have been lost. All are exhausting, and the struggle seems endless. "We might be able to stop the next idea, but what about the 10th idea down the road?" Fisher says. "[In] that regard, well, maybe it makes sense to try to define finality on development up there."

One thing everyone involved in the Mountain Accord process agrees upon is that, as the state's population balloons from its present mark of 2.9 million souls to 5.4 million by 2050, the number of skiers, hikers and Sunday drivers in the Cottonwood canyons will grow, too. According to Mountain Accord data, annual visitation in the canyons is expected to grow from today's 5.7 million visitors to 7.2 million in 2040.

The Mountain Accord blueprint would place into public ownership 2,150 acres of privately held land in Little and Big Cottonwood canyons, giving those lands a shot for long-term protection. But what gives Fisher and conservationists heartburn is that in exchange for the protected acreage, resorts would be allowed to expand their base amenities on 258 acres, redraw their ski boundaries over 210 acres and, near the township of Alta, add more culinary water that would allow for the development of up to 108 new hotel rooms.

Salt Lake City Mayor Ralph Becker says certain pieces of the blueprint are "risky," but that, if the tradeoff for some development at the bases of resorts facilitated wider protections of wilderness areas, it would be worthwhile.

Becker says Salt Lake City, which manages the Wasatch watershed, has a longstanding policy of not granting water rights to new development in the canyons. In the blueprint, Becker notes, the city would grant water for limited development at the base of ski resorts to prevent development from sprawling out and harming the watershed.

"If we can protect our watershed in ways that give us some security going forward, thereby protecting our water quality and water supply and, at the same time, provide for the range of users for the Wasatch, we're all going to be well served," Becker says.

One ski area not presently on the table is Grizzly Gulch, a widely popular backcountry ski destination owned by Alta. If Grizzly Gulch were permanently protected as a result of land-swap discussions, Fisher says it's possible to envision a scenario in which ski-resort boundaries would at last be hemmed in by wilderness or some other form of protected land.

Without some compromise, Metcalf says fights over the Wasatch will be endless. "Hence, compromise is about permanently securing the majority of what people love about the Cottonwoods while giving up a small amount," he says.

Nathan Rafferty, president of Ski Utah, says he, too, sometimes finds it difficult to reconcile the purposes he and his organization advocate for, like connecting the ski resorts and luring ever greater numbers of ski tourists to the area, and his personal love of what these mountains already possess.

"We know the population of the state and the city is increasing," Rafferty says. "And it's pretty obvious that there's going to be more pressure on those mountains and how we deal with that is of paramount importance. Connectivity is something that we see as really important for the future, being able to move people around those mountains and having those options."

Concealed beneath all of the lofty plans is a truth that Fisher has a hard time ignoring: Only 7 percent of Utahns ski, and Fisher says if this number is headed in any direction, it is going down. Ski resorts, with daily lift ticket prices at some places cresting the $100 mark, long ago priced out middle-class Utahns, he says, leaving the primary areas of growth for that market in the backcountry, a trend that can be witnessed on almost any winter day in Grizzly Gulch.

And so schemes to connect the resorts, expand terrain and perhaps even build a train, Fisher says, are more about marketing Utah's snow to tourists than they are about doing what's right for the Wasatch and those who call Utah home.

Rafferty doesn't entirely disagree with Fisher's contention. Connecting the resorts would be a "huge marketing draw," he says.

"A lot of what we promote is inspiration," Rafferty says. "And we think a lot more people would come here to go skiing if there was something as unique as [interconnected resorts], and it would be unique in America."

Brian Brown, communications director at Snowbird Ski and Summer Resort, says that under Mountain Accord, no single party is going to get everything it wants. Brown says a key concern for Snowbird is ensuring that skiers and snowboarders can easily get to the resort.

Putting a train into Little Cottonwood Canyon wouldn't be easy. According to the Utah Department of Transportation, as State Road 210 makes its way to Snowbird and Alta from the Salt Lake Valley, it is threatened by 35 avalanche paths, ranking it high among the most dangerous roads in the nation. One proposal for a train, the blueprint shows, would include a shield that would send avalanches careening over the tops of tracks.

And whenever construction occurs near Little or Big Cottonwood creeks, it has the potential to rapidly impact the quality of the area's drinking water due to the quick turnover of the Wasatch's watershed. Salt Lake City water officials say it takes only 24 hours for a drop of water that lands at the summit to flow down the creek, make its way through a treatment plan and into a home's faucet.

Laura Briefer, water resources manager for Salt Lake City, says the blueprint goes a long way toward defining the future for the Wasatch. This long-term stability, she says, is good for the watershed. "The way the blueprint has evolved helps us get that certainty," Briefer says. "We don't have the risk and vulnerability of the piecemeal planning and development in the Wasatch."

The Mountain Accord executive committee will vote on the blueprint on April 6. Depending on what is decided by that vote, certain aspects of the plan will undergo federal environmental review, which Laynee Jones, program manager for Mountain Accord, says could take two years. Some parts of the plan, like wilderness designations and moving privately held land into the public domain, would require congressional support.

As tempting as it has been to back away from discussions that hinge on development, Metcalf says that he takes solace, and continues to fight, because he knows that he is far from alone in his belief that the Wasatch must be protected.

"When you know from 25 years worth of Wasatch envisioning exercises that the overwhelming majority of our citizens do not want to see more development in the Cottonwoods and want you to see them preserved as close to their current state as possible," he says, "you do not feel alone at all. You just need to occasionally remind yourself of that."