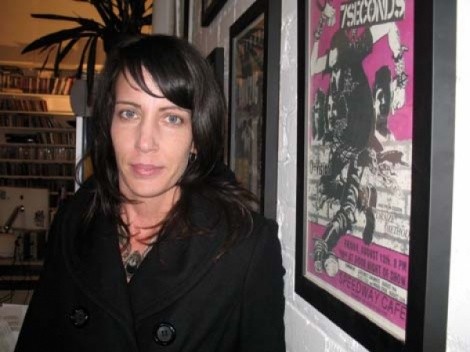 Kate Wheadon is shopping for a prom dress, but it’s hard to find one that fits over a ski jacket and pants. SLUG magazine’s director of sales and marketing is crafting the Brighton Prom Jam, the first installment of the 2010 SLUG Games. “Whatever the dress is, it’s gotta be made out of taffeta,” Wheadon says. Periwinkle, perhaps? Nah. Wheadon does things her own way—just as she did at junior prom, way back in the day.

“I wore a black dress. I was probably the only one. This was in the ’80s, when everyone was into super-bright colors,” Wheadon says. She went to the dance out of procrastination, the week prior thinking, “Oh yeah, I should probably go, so I asked my good friend, a skater-boy.” It was everything that she loves and hates about the over-done spectacle: cheesy dance music, picture posing, big dinner parties, etc.

Expect similar highlights at Brighton Prom Jam Feb. 6. All are welcome to wear bright brooches and glittering bowties or just a simple black dress. Fear not if you’re not glammed out—contestant tank tops are screen-printed with tux and dress designs. The school-themed terrain features will be nostalgic, if not enticing, with school lockers and desks—posters and chewed gum to be determined. There will be different competition brackets for all, including one that’s 17-and-under (although, have they even been to prom yet?). Also, spectators can catch the action at the base of Brighton’s park. The throwback will be complete with the award ceremony, photo booth and a DJ spinning tunes that might strike Wheadon’s fancy. She bought her first records—’80s punk—at Raunch Records when the flagship store first opened. Her musical palate has since broadened, sometimes out of necessity.

Wheadon started pounding pavement in the music industry for PolyGram as a college marketing rep. After several promotions, she landed in Los Angeles working for Universal, pairing ad campaigns with music. She paired Elvis Costello with a Levis ad in the early ’00s.

“Working for Universal opened my eyes up to everything from hip-hop to urban and world. I was working with so many different artists like Jay-Z, Sigur Ros, Beck and Willie Nelson,” Wheadon says. ’80s at heart, she still stays true to her post-punk and British-punk roots.

Adding to her mix tape of skills, Wheadon founded her own music licensing company and then immersed herself in the action-sports film industry. However, that venture started as a teenager when she was just picking wildflowers on Robert Redford’s farm. Her brother and some friends approached Redford to start the now-annual X-Dance Film Festival. She has worked with X-Dance for years, most recently as its 2010 art director.

Wheadon returned to town last year and quickly found her niche in the community, helping to put together Craft Lake City and SLUG’s Summer of Death Skate Competition. “I needed to shake things up. I want to work with the community and the music industry,” she says.

Now, she has an affinity for local sounds, especially Subrosa, Breaux, All Systems Fail and Dubbed. She also digs KRCL, especially programming by “Bad” Brad Wheeler and Jamie Gadette (City Weekly’s Music Editor). Whatever she’s listening to, she prefers headphones over speakers, for their intimate and amplified experience.

“I usually just listen to the radio or iTunes. I rarely use my iPod. I was afraid I had lost it,” Wheadon says. Luckily, she found it last-minute in her glove box. Probably resembling her original prom dress, the slim black Nano holds 800 songs—mainly road-trip favorites.

We put the Nano on shuffle, and after the incidental ’80s showcase ended, she had almost tossed her iPod out the SLUG office window: “I really didn’t expect that.” Come on—don’t be ashamed.