Shooters didn't start (most) of the fires 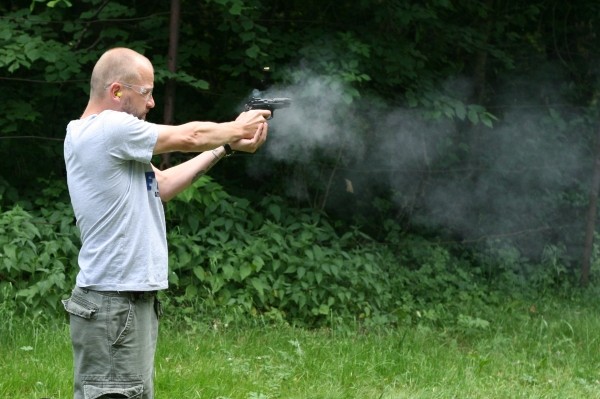 Two things happened recently that are certain to revolutionize human thought forever. The first was the discovery of the Higgs boson, the so-called “God” particle that serves as a kind of super glue for all the matter in the universe.


The second event, which occurred right here in Utah, is destined to transform the entire realm of ethical discourse: Gone forever—and good riddance—are such moral principles as the Categorical Imperative and the Felicific Calculus. So long, Immanuel Kant; see you later, Jeremy Bentham.


Instead, human beings from this day forth will resolve all moral conundrums by employing the Argumentum Ad Aposhian, named for the illustrious moral philosopher, automobile mechanic and all-around gun nut, Clark Aposhian. The highly abstruse precept, which calculates moral responsibility in terms of percentages, can be easily be worked out by the dimmest members of homo sapiens, which makes it very well-suited for Professor Aposhian’s primary constituency, to wit, gun enthusiasts and Second Amendment fanatics.


As enunciated by the deep-thinking gun nut in The Salt Lake Tribune on the Fourth of July, the Argumentum Ad Aposhian states that punishment should not fit the crime; rather, punishment and/or responsibility should be a function of the contribution, percentage-wise, of an act or acts, to the totality of the act in question.


In the matter of destructive fires ignited by target shooters, for instance, the Argumentum Ad Aposhian leads to the inescapable conclusion that patriotic target shooters should not have to suffer the consequences of their deeds: According to the headline in The Salt Lake Tribune, accompanied by a steely eyed photo of Professor Aposhian, “Gun enthusiasts say it would be unfair to ban shooting because ‘less than 5 percent’ of state fires were started by shooters.”


Always a straight shooter (at least when shooting off his mouth—we don’t know how he shoots on the range) Professor Aposhian, wearing his hat as chairman of the Utah Shooting Sports Council, complains of a subjective “free-for-all against shooters,” even though these peaceful shooters are responsible for only a piddling 5 percent of the problem.


The deep-thinking-philosopher-cum-gun-aficionado also gives a shout out to the Categorical Imperative of Immanuel “Manny” Kant. But instead of universalizing from a specific act (what would happen if everyone did what you do), Professor Aposhian turns old Manny on his bald head. The Argumentum Ad Aposhian tells its adherents: “Who cares what anyone else does, do what you damned well please, especially if it means shooting at rocks, stop signs and wandering family pets in the midst of a severe drought.”


The motto of Team Aposhian, which they sing at the top of their lungs before venturing into tinder-dry environments, is “We didn’t start the fire (our bullets did), and besides, we only started 5 percent of them in the Beehive State.”


Already, the Argumentum Ad Aposhian, with its ingenious statistical threshold model, is catching fire around the globe. Still to be figured out, however, is where the threshold for guilt should be set. Is the magic number 5 percent, the established threshold for target shooters who light mountainsides on fire, leading in some instances to troublesome consequences such as destroyed homes or death by fire or smoke inhalation of inattentive human beings? Or should the bar be set lower for crimes such as homicide, whether manslaughter or murder in the second or first degree?


Malefactors of every stripe are already citing the Argumentum Ad Aposhian to avoid punishment. One lucky murderer was set free when the appeals court could not answer the Argumentum Ad Aposhian. “The court finds that since the accused committed only .02 percent of the total murders committed in this jurisdiction in the past calendar year, it would be unfair to find him guilty.”


On the fire front, Professor Aposhian was asked whether the shooters who started 5 percent of Utah fires should pay 5 percent of the total fire damage, including the cost of fighting the fires.


“That would be un-American. The right to start fires is the price of liberty.”