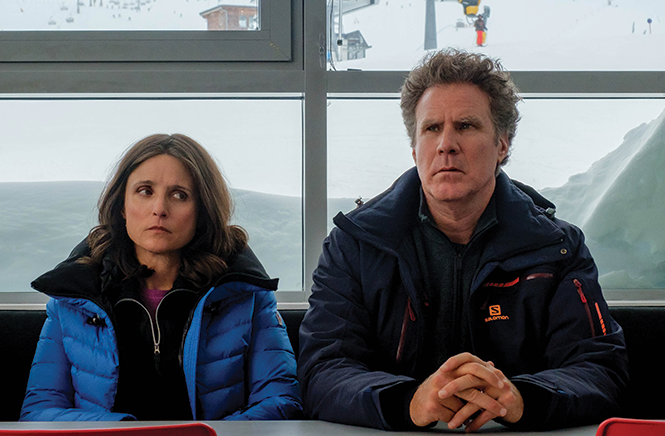 I could write a book-length treatise on how and how not to do a cinematic remake—and given the film industry's fondness for recycling, there would be no shortage of material. The fact is, there isn't any one way to approach the task, depending on the source material that's being remade. Are you updating a vintage Hollywood movie? Maybe you lean into casting bankable stars, and making whatever modern tweaks give the story a new angle (e.g. The Shop Around the Corner and You've Got Mail). Are you doing a new version of something already based on other source material? Then maybe it's all about whatever the new filmmaker brings to the table (e.g. True Grit). And if you're doing an English-language version of a non-English language original, well, maybe you just hope your target audience didn't see the original.

I'm sure if you went through a long enough list, you'd find some international-to-English remakes that improved on their predecessors—but most of those cases might involve farcical comedy or horror. The subtler the material, the more likely it is that the new creative team will sand down the rough edges, underline the ambiguities and otherwise miss the point. So while it's fair to say that Nat Faxon and Jim Rash's Downhill takes a different tonal approach than Ruben Östlund's 2014 Swedish drama Force Majeure—one that's better suited to this version's stars—it's hard not to feel that everything that was compelling about the original has been sucked from its bones.

That setup involves a family ski vacation in the Austrian Alps, where Billie (Julia Louis-Dreyfuss) and Pete (Will Ferrell) have taken their two sons. All is well, until a controlled avalanche goes a bit out of control while the family is on an outdoor patio. The primary threat, however, turns out not to be to their lives, but to the family's perception of Pete, as his reaction to the frightening event changes everyone's sense of who he is.

Faxon and Rash (The Way Way Back) are comedy guys at their core, so it's not surprising to see them fashion this story into primarily a dark comedy of manners. They go broader with a lot of the material, including the supporting character of a bawdy, blunt hotel employee (Miranda Otto) and Billie finding herself in an embarrassing situation in a public bathroom. Mostly, they play to the strengths of their two leads, particularly Louis-Dreyfus. She's a master of incredulous reaction takes, which she puts to terrific use as Ferrell's Pete either attempts to avoid talking about the humiliating incident, or gaslights Billie about what actually happened. Ferrell's not exactly the ideal casting choice for this role—his genial doofus persona doesn't lend itself well to the idea of a guy forced to re-evaluate his own masculinity—but he still conveys someone who knows he's exposed the worst of himself, with no idea how to set things right again.

The problem with Faxon and Rash's approach is that it's the thinnest possible take on this material. Like Force Majeure, Downhill is more or less equally about both of the two main characters, and the impact on their marriage of the patriarch's moment of shame. But by playing more of the content for laughs, this version blunts the idea of how much in a relationship can be broken in a moment. The stakes are deliberately lowered to make it easier to swallow; instead of something as caustic as acid, Downhill only offers a tart splash of vinegar.

One of the most baffling changes in Downhill involves a late incident that offers Pete a chance at redemption. Force Majeure hints at complex circumstances surrounding that incident, but Downhill puts it bluntly into an exchange of dialogue. From there, it leads not to the potent uncertainty of Force Majeure's final shot, but to something that feels like a blatant attempt at a happy ending. And there's nothing inherently wrong with happy endings, or more artistically pure about unhappy endings. You just have to know your material—or, to look at it another way, you have to hope that your viewers don't know it.