So Your Brain Wants You Dead ...

A mentally ill reporter's battle with his job and himself 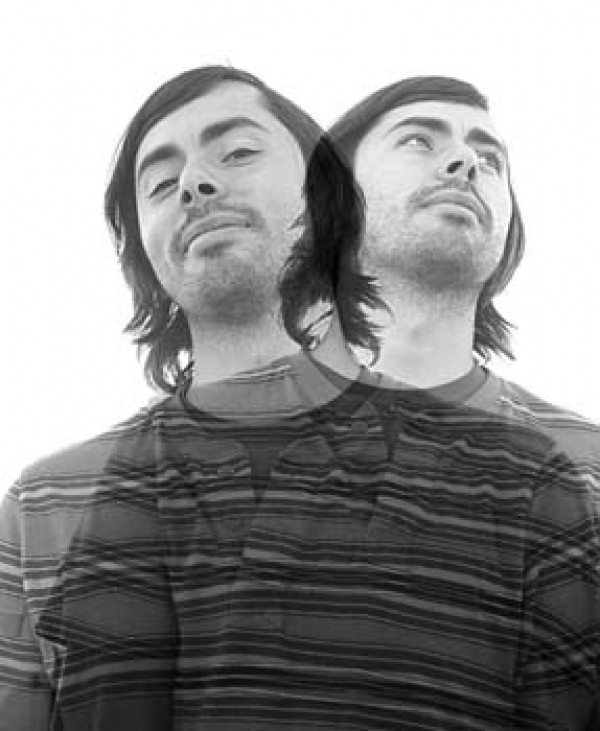 Professionals have trained me to assess this feeling with an objective evaluation, as if I’m an outside observer of my own brain. I’m supposed to ask myself, “What is the source of this feeling? Does it have a source? Is that source (or non-source) justified in provoking this feeling? Do I truly want to die, or is that just a primeval, fight-or-flight demon screaming between my eyes and vomiting fire into my chest?”

Sometimes this approach is effective. Sometimes it fails. And when it fails, I hide. I hide in the bathroom of my office. I hide under the covers of my bed at home. I hide wherever witnesses are absent and my brain is omnipresent. I want someone to be there, but frankly, I don’t trust many people to absorb that level of vulnerability gracefully. It’s a lonely feeling.

Then there’s the external. From a clinical perspective, you could call it “social.” It usually happens when I’m around a girl I like, or when I’m around, say, Utah Senate President Wayne Niederhauser. In particular, this happens when I’m sitting a few feet from him as a reporter representing Salt Lake City radio station KCPW, and I’m mentally preparing myself to ask a contentious question—a question about, oh, same-sex marriage or Medicaid expansion.

I start to shake. Physically, visibly shake. I’m holding a shotgun microphone, and it becomes increasingly difficult to hold it still enough that I’m not recording the vibrations of my trembling hand. As Utah Senate President Niederhauser responds to my question about LGBT non-discrimination bills, I can’t move my face. If I try to smile or open my mouth, my lips start to quaver and my jaw shivers, as if I’m sitting naked in a meat locker.

Sitting in the presence of Utah Senate President Niederhauser, I am a sudden, loud noise away from shitting my pants and fainting.

And after each such encounter, as I sit in the legislative cafeteria attempting to insert a grilled cheese sandwich into my numb mouth with wobbly hands attached to rubber arms, I can’t help but ask myself: Is being a public-radio reporter really the most suitable career for someone with crippling social anxiety and bipolar disorder?

So You Want to Be a Reporter ...
When I first started as a public-radio reporter at Utah Public Radio in Logan, I overwhelmed my (very first) girlfriend at the time with all of the insecurities that plagued me at my new job. She was supportive, but after hearing me express dread about nearly every aspect of radio reporting, she wavered.

“I think you have to ask yourself,” she said, “is this the right job for you?”

That will always be a fair question, because it’s a very, very tough job for me sometimes. Sometimes, being a radio reporter with my level of social anxiety is a bit like wearing a wool sweater when you’re allergic to wool. But, even when my mental illness is at its worst, I always want to feel useful. So much of the pain of mental illness derives from that feeling that you have nothing to offer anyone—that with your illness, you’re a burden to everyone around you.

So, what is bipolar disorder? Here’s the gist of it: Sometimes you’re too high, sometimes you’re too low—and in either case, you could end up hurt or dead. But by even attempting to define bipolar disorder, I risk doing a disservice to anyone living with the disease. It is a very personal disease, and those diagnosed (about 3 percent of all people) have widely varying experiences. Bipolar disorder is not diagnosed lightly, and many of those diagnosed have suffered more than they could ever articulate. If you meet someone who’s been touched by bipolar disorder or any mental illness, just remember this: You’re lucky they’re still there to meet you.

Thing is, this stuff doesn’t go away. There’s no cure. I can’t pick myself up by the bootstraps. There will be days when I’m simply not the person I want to be. While I don’t want to make excuses for that, perhaps it would be fair to my co-workers if I at least gave them an explanation. On bad days, I could go home and bitterly stew over being misunderstood—or I could at least have the assurance that I’ve allowed my co-workers (and really, all the people in my life) some chance to understand.

Most people want to understand this stuff, anyway. So let me explain.

So You’ve Always Been Like This …
I was a stubborn, moody little shit when I was a kid.

As a toddler, I was prone to bouts of extreme irritability. To vent my frustrations, I would often kick my mom in the shins, hard. She bore the bruises of my brutality on her legs for much of my early childhood. There was no reason for it, if you’re wondering. My mom is and always has been a sweet woman who’s protective of each of her five children. I kicked her in the shins with all my might because I didn’t have the capacity to stop myself.

My aggressive behavior didn’t stop with my mom. My brother Chris, who’s a year younger than I, was the reluctant recipient of repeated blows to the wiener. I also remember beating him up in the back of my grandpa’s pickup truck and feeling really, really good about it.

I’ve never admitted this to anyone before: In first grade, there was a new kid in our class. He was kind of slow. His misbehavior frustrated the teacher, so I felt fully justified in pushing him around when we were out on the playground for recess. I would shove him and say things like, “What’s wrong with you? Why are you so stupid?” He looked confused and hurt.

Within a week, he was sent down a grade level, and I never saw him again.

By the time I was a teenager, a dark storm cloud had settled over my head. Most of the time, it was the usual angst you’d expect from a young smart-ass. Other times, it was deeper than that. Quietly, I questioned the point of living. I saw no meaning in my day-to-day life, and it didn’t seem like it was going to get better when I got older.

As morbid as that sounds, most people probably would’ve witnessed a well-adjusted, socially adept young man. I was an active participant in drama club, playing Puck, the lead role in William Shakespeare’s A Midsummer Night’s Dream, when I was a high school junior. I was elected Class Clown by my 475 graduating peers—still one of my proudest distinctions. I was also selected (by peer vote) to be my class’s male salutatorian at graduation, and I gave probably the best speech of my life in front of several thousand people packed into the high school gymnasium.

But here’s what’s also true: I never had a girlfriend, and my first kiss (outside of one game of Truth or Dare when I was 16) wouldn’t come until age 25. I never had more than a couple of close friends at a time, and most of my friendships were lucky to last longer than a year. My four younger siblings feared me and my irrational mood swings. For every great height, there was a great crash. Nothing was constant. I started making a habit of mitigating my pain or bottling it up—after all, I couldn’t kick my mother’s shins anymore.