Those struggling with drugs get chance to start again 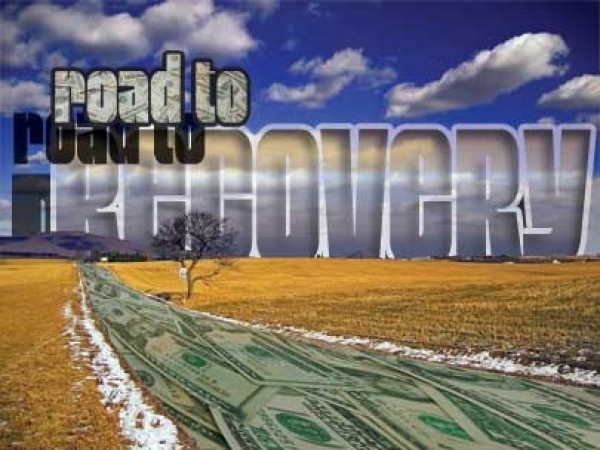 He was handcuffed to the bed.

A nurse told McKay that he had passed out in the middle of 200 South in Salt Lake City. An ambulance had transported him to the hospital. And it was there that two simple statements became his reality: He was homeless. And he was a drug addict.

“I was filled with more fear and loneliness than I had felt in my entire life,” he says. “I didn’t want to be living that way anymore.”

At that point, just over a year ago, McKay had been addicted to drugs for six years, since he was 18. He abused heroin, cocaine and “any mind-altering drug I could get my hands on.”

McKay first sought help at Willow Tree Recovery, a rehab facility in Pleasant Grove. He spent 100 days working on his addiction and combating the withdrawals.

“Your body aches, your bones hurt; you sweat and vomit and can’t stay away from the toilet,” McKay says. “You don’t sleep for days at a time. While all of this is happening, your brain tells you exactly what will make it all go away: more opiates. This is why it is so hard to get sober. Getting through withdrawals is physically and mentally taxing at a level that the average person can’t comprehend.”

But McKay wasn’t yet out of the woods, even when he got out of treatment. “I was in an extremely vulnerable spot,” he says. “Every relationship I had, I burnt to the ground.” By the time McKay left Willow Tree, he says, “The only people I knew or friends I had at the time were old using buddies.” And for many addicts, going back to that environment means a relapse to drugs.

But then, McKay saw the sun when he was introduced to the SOL (Sobriety Optimization League) Scholarship Foundation by a counselor near the end of his treatment at Willow Tree.

The SOL Scholarship Foundation helps financially disadvantaged addicts seek sober living after they have gone through detoxification and rehabilitation. Since gaining nonprofit status in February 2012, SOL has aided 21 individuals. The foundation was established by Dr. Matthew Andersen and his wife, Jordan, who funded the scholarship with their own money.

David Rosen, the executive director of the SOL Foundation, says people need help when seeking sobriety, “but the costs to do so are extremely high.”

Only three other scholarship programs like SOL exist in the United States—in New York, Massachusetts and another in Utah. The LOA Foundation, based in southern Utah, specializes in wilderness therapy and is not connected to SOL.

After McKay applied for the SOL scholarship, his application made its way through an extensive selection process, including an initial screening, review by a clinical committee and an in-person interview.
Applicants must be un- or under-insured, have completed detox and have spent at least 30 days in a residential treatment center to show that they’re committed to clean living, and have a recommendation from their primary counselor.

For McKay, the wait to hear back about the scholarship was excruciating, but he’d been through worse. After he received the scholarship, he moved into Balance House, a sober-living facility in Cottonwood Heights, in August 2012, and stayed there for four months.

Before he’d found the resolve to change, McKay had left a trail of wreckage, and he says he spent $200,000 just on drugs—““that doesn’t include hospital visits or rehab or sober living or court costs due to legal problems”—over the six-year span of his addiction.

“If it were a choice between food and drugs, drugs would win hands down, every time,” McKay says. “I would lie, cheat and steal from anyone and anywhere so I could support my habit.”

Raised in a Mormon family in Estacada, Ore., McKay had moved to Utah in 2006 with a scholarship to attend Brigham Young University. He planned to study business management, but managing his emotions took precedence.

“I did well in school and was involved in a lot of extracurricular activities and sports, but I never really felt like I fit in anywhere,” McKay says. “When I drank or got high, I felt accepted and comfortable with myself. I chased those feelings for years.”

The cost of drugs permeated all of McKay’s decisions, even when he got sober—he couldn’t have afforded to pay for his own treatment without the scholarship, he says.

According to the National Center on Addiction & Substance Abuse at Columbia University, substance abuse cost local, state and federal governments $467.7 billion dollars in 2005. And approximately a quarter of a trillion dollars of the annual national health-care bill is attributable to drug addiction and abuse.

The annual budget for the SOL Foundation is around $100,000. Rosen says the foundation hopes to boost that amount to $250,000 over the next year.

“We don’t have any money whatsoever that comes from the federal government or the state government,” Rosen says. “It all comes from individual donors and two private foundations. The reason that [an applicant] would get shut down is really because of our financial constraint. That’s really the only reason. We would love to scholarship everyone we possibly could, but we just can’t because we don’t have the financial stability quite yet.”

SOL sees an average of 10 to 12 applicants each month, Rosen says, but the number of scholarships it can provide varies due to funding.

“We have a budget that we can use for each month that varies slightly, depending on the donations we get,” Rosen says. “If donations get bigger, we’ll be able to take on more applicants and approve more applicants for scholarship use. Right now, it’s like a big waiting game for our applicants. If we can’t help them, we’ll provide them with as much mentoring as we can. We will do whatever we feasibly can do.”

Beyond fundraising to help more individuals, Rosen says, those behind SOL hope to be able to, in the future, offer scholarships for comprehensive treatment services.

Today, McKay is one year sober. He now wakes up in his own bed each morning—there are no more hospital visits or medical charts and, especially, no handcuffs.

He credits much of his sobriety success to the scholarship. “I wouldn’t have made it another year had I not received help,” he says.

McKay intends to finish school and stay sober. He now works at both Willow Tree Recovery and Balance House helping individuals like himself.

“I learned how to be a man of integrity and how to set goals and accomplish them,” McKay says. “Today, I am the complete opposite of the person I used to be, and that didn’t happen overnight.”