Raising the culinary stakes at a family ski resort 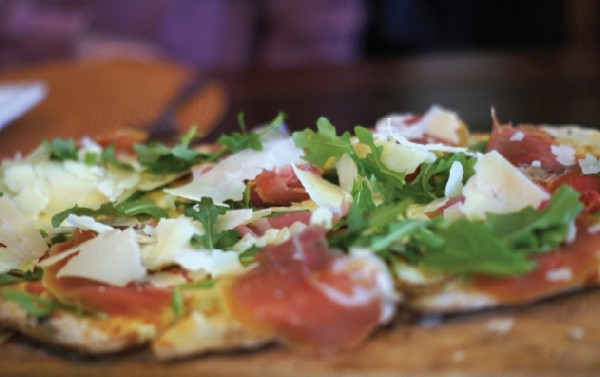 During the recent holidays, I was fortunate to get a lot of skiing in. Parts of my body might never stop aching, but I was able to enjoy many meals at some of our premier Utah ski areas, including Solitude Mountain Resort.

For many years I have emceed the summertime Taste of the Nation/Taste of the Wasatch gourmet fundraiser at Solitude, which, since the beginning, has generously donated both facilities and person-power for that charitable event. However, it had been far too long since I’d ventured up Big Cottonwood Canyon to Solitude in winter.

That had to change. For starters, the skiing and shredding—even during the peak holiday season—justifies the name “Solitude.” Where long lift lines and tempers soar elsewhere, Solitude is serene and spectacular. Every employee seems to genuinely enjoy their work, which helps make the resort so family-friendly. Of course, there is serious skiing to be had, as well. I get giddy just thinking about powder days in Solitude’s Honeycomb Canyon.

And, ah … the food. I’ve had very good meals in the past at Solitude, but overall my experiences have been a bit hit-or-miss. During my recent visit with my family to Solitude’s eateries, however, I was bowled over. The food has gotten serious. Maybe I shouldn’t have been surprised, since the DeSeelhorst family—Solitude’s owners—have assembled a food and beverage dream team, of sorts.

At the core is longtime food and beverage pro Staffan Eklund, who oversees the on-mountain fare at eateries like Moonbeam Lodge, Sunshine Grill and so on. Down in the Village at Solitude, the much-honored Greg Neville—formerly of Lugano, Gastronomy and, at one time in the mid-’90s, Solitude itself—has assumed the role of food and beverage director. Neville was recently joined by Franck Peissel, who was executive chef at Franck’s and L’Avenue, and now dazzles diners at The Yurt. And, newcomer Josh Cornell worked for a time in Thomas Keller’s kitchen at New York’s Per Se restaurant, more recently cooking at Trio and Tsunami. Excellent managers like Jeff Foehr and Greg Olson complement the kitchen talent.

I think one thing that makes Solitude special—beyond being family-owned—is that the DeSeelhorsts are almost always on the premises. How often do you see owners of big resorts actually at the resorts? Not very often, because most are stockholders. But I almost always see Gary DeSeelhorst and his sons Dave and Scott roaming around, often with a hammer, hose or some other implement in hand, making sure everything is up to snuff.

But enough background. Taking a break from Solitude’s slopes, we enjoyed an outstanding lunch at Honeycomb Grill (formerly Kimi’s Mountainside Bistro). The place was packed to the rafters, yet the service and kitchen staff never blinked—perhaps evidence of Neville’s Ã¼ber-professional demeanor and focus in the kitchen. If you eat nothing else at Solitude, be sure to order the D pizza ($15). I’m not sure what the “D” is for—most likely “delicious.” The pizzas at Honeycomb Grill are hearth-baked in a wood-fired oven. The crust, made with 00 flour from Italy, is crunchy, with charred bubbles here and there, and beautifully browned on the edges. The D is simple, yet sensational, thanks to top-flight ingredients: San Marzano tomatoes, fresh burrata, thin-sliced prosciutto, oregano, shaved Parmesan and arugula. It’s a thing of beauty.

At one point during the holidays, my family skied at three different resorts on three consecutive days, during which my foodie stepson, Jeremy, ate three consecutive cheeseburgers. Without hesitation, he proclaimed Honeycomb Grill’s half-pound Angus beef burger ($16) with grilled onions, tomato aioli, white cheddar cheese, bacon and skin-on fries the best of the bunch, and that included a pricier Kobe beef burger.

Meanwhile, I was gaga over the spaghetti carbonara ($17), easily the best I’ve eaten in the United States. At Solitude, under Neville’s watchful eye (he spent years living and working in Italy), high-quality al dente spaghetti is tossed with fresh egg yolks, house-cured guanciale, fresh-cracked black pepper and Parmesan cheese. Nothing more, nothing less. No cream. No peas. Just carbonara the way it was intended.

I’d forgotten how appealing St. Bernard’s restaurant is. Soothing browns and tans complement a big wood-stoked fireplace to provide a cozy and comfortable, yet classy, dining destination. This is Solitude’s high-end restaurant, although the prices don’t seem very high for a ski resort.

Neville—who bounces around from restaurant to restaurant in the village—recommended we try the ravioli in brodo, so we did. Oh, my! This is one of the tastiest things I’ve ever eaten. It begins with braised beef shanks. The shanks are stripped of meat, which is used to stuff rich egg yolk-and-00-flour ravioli, while the bones simmer to create a clear beef consommé in which the ravioli floats: simply stupendous.

Deconstructed chicken “soup” ($22) is a juicy, bone-in, tender airline chicken breast, bathed in a rich broth with roasted root vegetables, potatoes, perfect housemade noodles and snipped chives—a truly beautiful thing, on the plate and palate. Other highlights included rich, yet sweet-tasting, homemade potato gnocchi with sage butter, an incredible Kobe steak with garlic mashers and Brussels sprouts, and broccoli risotto, where the broth from blanched broccoli infuses the risotto through and through with wholesome broccoli flavor.

Look out, Utah resorts! Solitude’s culinary team is firing on all cylinders, and its cuisine is a delectable force to be reckoned with.