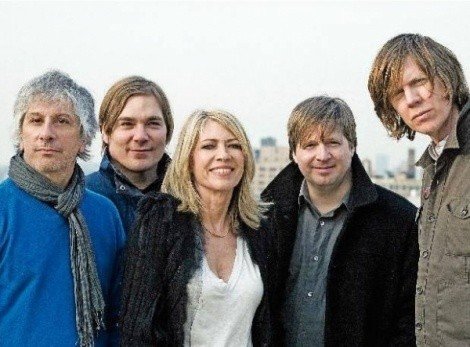 Sonic Youth has been, more than any other musical group, known to be always looking for that perfect sound. The thing is, their idea of what is perfect—in the sonic or philosophical sense (or even “pretty”)—is different from that of most conventional rock bands. Founded in 1981 in New York City in the artsy, dissonant no-wave reaction to the punk-rock movement, their name fit perfectly: always experimenting sonically, never academic but always brash, with a youthful exuberance that matched the energy of young indie listeners.

As any band with extended longevity, their history didn’t follow a strictly linear path. They started out on Homestead and SST, two of the earliest indie labels, releasing songs inspired by the psychedelic ’60s, serial killers and cults like the Manson Family. “Kill Your Idols” sounds like it could be a version of “If you meet the Buddha in the road, kill him,” or some Eastern spiritual philosophical teaching. Sonic Youth is in many ways larger than their sound.

Growing in popularity with the rise of alternative rock, by the ’90s they signed to major label Geffen. The signing helped introduce them to a whole new audience (the grunge crowd), but their releases during the period started to sound more commercial, and the essence of Sonic Youth felt a little watered-down. After 9/11, several releases including Murray Street and New York City Ghosts and Flowers served to work through the difficult emotions of the period, in the process creating some incredibly beautiful, contemplative works, some stunning in their relative quietude. During this time, the band also released some much more experimental works on their label, Sonic Youth Records (SYR).

The last few releases, Sonic Nurse and Rather Ripped (2006), saw the band return to conventional songwriting format, with somewhat mixed results. At that point, they were trying to reconcile what they had learned during the sonic sojourns of the early 2000s with the energetic punk riffs that were their center. Last year, they marked the 20th anniversary of the release of Daydream Nation—a work that’s on many critics’ lists as one of the best indie albums of all time—with a tour in which they played the entire album. It was a moment that needed to be noted, but still felt like a breathing space before whatever would come next.

Their latest release, The Eternal, is a coming full circle in many ways: most obviously, a return to their roots at an indie label with Matador (founded by former Homestead capo Gerard Cosloy along with Chris Lombardi), and they found the change creatively liberating. It also reprises a lot of themes, lyrically, sonically and even historically, that have shaped the band over 28 years. To some of their new listeners, who weren’t even born when the band started making music, they still manage to sound innovative and electric—and, perhaps most importantly, they sound cool. As one of the bands that, as the saying goes, listened to the Velvet Underground and started a band, they copped that group’s New York attitude, having a kind of aura about them. Their artiness has extended to cover art by Gerhard Richter (Daydream Nation) and dazzling painting on The Eternal by folk artist John Fahey.

Right out of the gates on “Sacred Trickster” they let you know what you’re in for with the clashing opening guitar notes rising into a wicked rhythmic riff and wall of sound, finally Kim Gordon’s wish “I want you to levitate me,” somehow including in just over two minutes nods to French painter Yves Klein and noise band Noise Nomads. “I wish I could be/music on a tree,” she emotes, and among other things, this album allows the band to delve into explorations of wish fulfillment like they haven’t for quite sometime.

There has always been an overt sexuality in Sonic Youth’s music, and “Malibu Gas Station” they say is “an ode to the flash moment of the camera as you knowingly step from your SUV sans panties.” Yet, sex is never just sex in their music, whether in the early din of “Confusion Is Sex” or this record’s “Anti Orgasm,” inspired by ’60s Berlin model/activist Uschi Obermeier and the relationship of free love to the somewhat chaotic leftist uprisings of the ’60s.

Their affection for ’60s hippie and beatnik figures is expressed in “Leaky Lifeboat (for Gregory Corso).” The reference by Beat poet Corso to life on Earth as a “leaky lifeboat” is a pointed one about the state of the planet environmentally. “Calming the Snake” refers to musical progenitors the MC5, as well as ’80s contemporaries The Dead C and Neu. “Poison Arrow” is dedicated to the picturesque yet still experimentally daring music of Kevin Ayers.

“The record is our celebration of new-found freedom,” explains singer/guitarist Thurston Moore. After numerous albums filled with sonic contemplation and melancholy, here is an album that really feels like a celebration of sound.