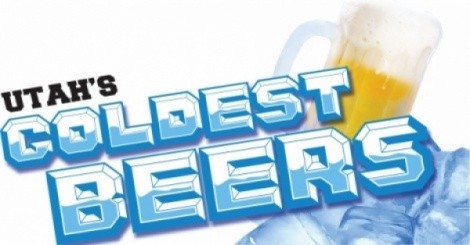 South Salt Lake City
The area just past Sugar House has some seriously old-school watering holes, along with some of the best spots to find barbecue and brews or to roll a few frames while enjoying some pitchers.

32.7 Pat’s Barbecue
Pat’s Barbecue has won multiple City Weekly Best of Utah awards, been featured on Diners, Drive-Ins & Dives on the Food Network and received numerous other awards, so if you haven’t heard of Pat’s or been there by now, you should. Not only does it have award-winning barbecue, but it also features live music almost every day of the week, including touring artists. Stop in for the daily lunch specials, especially the burnt ends on Fridays. 155 West Commonwealth Ave., Salt Lake City, 801-484-5963, PatsBarbecue.com

36.6 Gino’s
Gino’s sports one of Utah’s most impressive karaoke setups and features karaoke Tuesday through Sunday nights (the joint is closed Mondays). Gino’s offers more than just karaoke, however; this bar has some of the fastest and friendliest service, as well as pool tournaments on Thursday nights and occasional live music. Book a birthday party or wedding reception to get your name on the famous State Street billboard. 3556 S. State, Salt Lake City, 801-268-1811

37.7 Dawg Pound
The Dawg Pound hosts live music Friday and Saturday nights, including the Jagermeister roster of bands on many weekends. Dawg Pound offers a more intimate experience than most clubs, with the stage right on the floor. There’s also a Rock Band contest on Thursdays and Sundays for those who wish they were up on that stage. You can also enjoy the back patio or play a game of pool. 3550 S. State, Salt Lake City. 801-261-2337

38.2 Ritz Classic Lanes
If you’ve never been to the Ritz, you probably still know where it is. Just look for the giant bowling pin that’s been spinning on State Street for decades. One of the largest bowling alleys in town provides plenty of entertainment for the whole family. It also has a huge pool room, darts and three separate arcade areas. 2265 S. State, Salt Lake City, 801-486-2176, AMF.com/RitzClassicLanes

40.1 Carol’s Cove II
Tucked back in a strip mall just off of State Street, the exterior of Carol’s Cove II is deceptively small. Inside, there’s plenty of room to grab a seat, eyeball the sports- and movie-themed decor and enjoy a brew or one of the daily lunch specials. There’s always something going on down at Carol’s, including live music on Fridays and Saturdays, karaoke on Thursday nights, dart tournaments Saturdays and Sundays, pool tournaments on Thursdays and hula-hoop Wednesdays. 3424 S. State, Salt Lake City, 801-466-2683, CarolsCove2.com

41.5 Bonwood Bowl
Bonwood Bowl boasts 42 lanes, though you might not believe it from the outside. This Salt Lake City landmark is family-owned and operated, and you feel that personal touch as soon as you walk in. It has incredible daily bowling specials, including Rock-n-Bowl nightly from 9:30 p.m. to close. There’s also a cafe that’s so good it shouldn’t be in a bowling alley, and a comfy and casual lounge to bide your time if there’s a wait for a lane. 2500 S. Main, Salt Lake City, 801-487-7758, BonwoodBowl.com

42.4 Busy Bee Bar & Grill
This here is bar & grill done old school: a simple, down-to-earth spot for knocking back a brew with a sandwich, a basket of fries or some chicken tenders. The outdoor-seating area is cozy enough that you’ll still be able to hear conversations above the State Street traffic, while inside you can catch a game on TV and actually listen to the play-by-play. 2115 S. State, Salt Lake City, 801-466-0950

43 Henry’s Inn
Henry’s Inn is a casual, neighborhood, beer-only tavern filled with friendly staff and grizzly regulars. Henry’s offers home-cooked food on Wednesdays and a rib-eye with all the fixin’s on Fridays. Henry’s hosts a pool tournament on Sundays with no purchase required and karaoke on Wednesday, Friday and Saturday nights. Henry’s is cash-only, but there’s an ATM on site. 2645 S. State, Salt Lake City, 801-486-4196

44.7 South Shore Sports Bar & Grill
South Shore is a family-owned-and-operated bar with a friendly and helpful staff and welcoming and friendly regulars, too. South Shore serves up home-cooked meals on Mondays and Thursdays on the cheap, $6, or $8 for a steak. There is a huge stage where it hosts live bands on Friday and Saturday nights, as well as karaoke on Sundays and Wednesdays. Be sure to check out the patio. There’s even free Wi-Fi for those who’d like to pop in for a drink without ignoring their homework. 2827 S. State, Salt Lake City, 801-484-6499

46 Saints & Sinners
Saints & Sinners boasts one of Utah’s most impressive patios: It provides a panoramic view of the Wasatch Mountains and runs the entire length of the building. Be sure to stop in here for open mic on Monday nights, karaoke Fridays and occasional live bands. There’s also free pool and a very friendly and helpful staff. 3040 S. State, Salt Lake City, 801-604-0869