The optimistic humanism of Star Trek has taken a bleaker 21st-century turn. 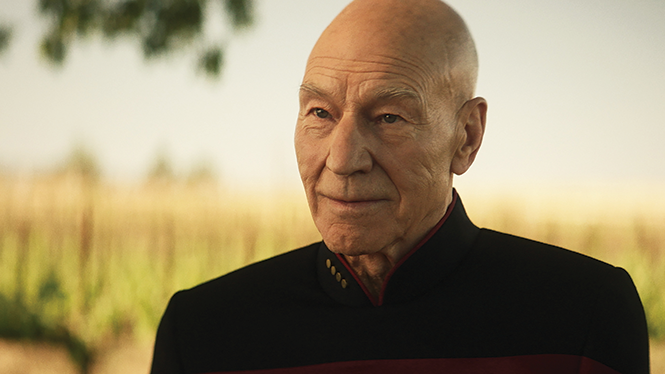 You know what future I want to see? The socialist paradise of Star Trek. A world where basic necessities are conjured from thin air, and money is a thing of the past.

This is a common refrain when Star Trek fans talk politics. At least that's the case when I do, and I feel at least mildly representative.

From the original series of Star Trek through to Star Trek: The Next Generation, creator Gene Roddenberry shows fans a vision of the bright and shining future we could have as a species. That doesn't mean a future free from conflict; there is conflict everywhere. But humanity has, by and large, put its own differences in the rear-view mirror of history thanks to the power of science and the promise of exploration. Regardless of national origin, race, sex or religious creed, all members of Starfleet worked together for the betterment of humanity. A Russian (at the height of the Cold War!) shares the bridge with a black woman (in an era of racism and struggles for civil rights!) and others without any undue attention being drawn to it. The shock of seeing a Klingon on the bridge of the Enterprise-C in the years before the fall of the Berlin Wall reminds us once again that we can make peace with our enemies.

Since the death of Roddenberry in 1991, that optimism slowly eroded, and Starfleet decayed from within. With J.J. Abrams' alternate timeline of Star Trek on the big screen (known as the Kelvin Timeline), Starfleet becomes even more warlike and destructive. It was only the individuals inside the organization that make small pockets of it great. With the newer series Star Trek Discovery and Picard, the future once again looks as though it's heading toward the desolate post-apocalypse of Mad Max.

I've spent a lot of time wondering why, and I don't think it's just because of Roddenberry's passing. I wonder if our present political circumstances have anything to do with that bleak view. When you look at the current tension between the United States and Russia—a war of information and of disinformation—uniting the world feels impossible. It makes sense that such discord might extend far into the future. Over its first two seasons, Star Trek Discovery has given us a look at a Starfleet infiltrated by agents from an alternate universe, bent on domination and sowing discord. The sanctity of Starfleet as an organization we can trust has decayed significantly.

In the just-launched Picard, Starfleet is still actively undermining the ideals that it stood for. Jean-Luc Picard, with Patrick Stewart brilliantly reprising his Next Generation role, has left the organization he believed in so much, because it left him behind. Although it's bleak, this version of Star Trek still poses an ethical dilemma. As we learned in the J.J. Abrams films, Romulus was on the brink of explosion. Heroes like Spock and Picard work to save the Romulan people, even though they had been the sworn enemies of the Federation for a generation. But Starfleet withdrew their support in order to maintain their fragile coalition of planets rather than do the right thing. Spock ends up in an alternate timeline for his efforts. Picard was left to do what he could on his own, and subsequently leaves Starfleet in disgrace.

While Roddenberry was alive, I could very much see the story going something like this: Starfleet sticks to its morals and saves the Romulans despite the politics, because it's the right thing to do. They would suffer the consequences, but would do the right thing anyway. In this day and age, however, how can we assume any organization will stick to its ideals? Watching the recent impeachment trial and President Donald Trump's contempt for the law, it's hard to imagine humans transcending such bickering and doing the right thing.

I'm greatly enjoying these current iterations of Star Trek, don't get me wrong. The writing is wonderful, the acting is superb and the stories are thrilling. But is it really Star Trek if it's not showing humanity the best that it can be?

Star Trek used to give me hope for the future. Now, it feeds my anxiety about the status quo—and I'm not sure that's what we need. After all, like another major space franchise reminded us, "Rebellions are built on hope."