Sports | March-ing Orders: You, too, can win your NCAA tournament pool'because nobody really knows anything 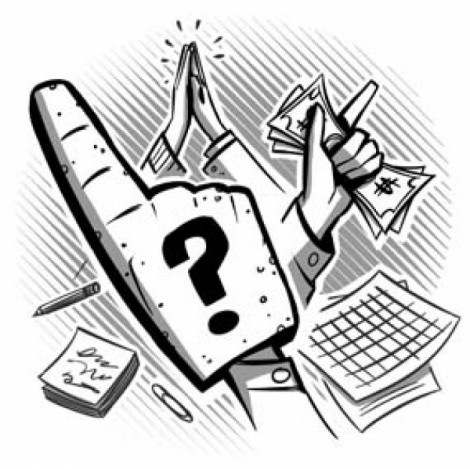 March Madness will be unleashed upon workplaces on Monday, March 17, as employees arrive to find a copy of the 65-team bracket for the men’s NCAA basketball tournament on their desks or in their mailboxes. Entering the NCAA office pool is one of those rare occasions where people who don’t care much about sports will at least feign an interest in athletic contests.

The appeal of March Madness is that you don’t have to be a basketball geek to give the basketball geeks a run for their money in the office pool. That’s because the Big Dance is a place where Cinderella can be counted on to make an appearance. Tourney upsets occur at a regular rate because: 1. The best players in the country age 19 or older aren’t playing college basketball. 2. The “student-athletes” playing college basketball are just as unreliable, immature, apathetic, sleep-deprived and strung out on recreational drugs as all the other college students they don’t go to class with, making predictions of their success or failure wildly speculative. 3. Even if you’re playing against a team that would beat you nine-out-of-10 times, you only have to slay Goliath a single time to advance at the Dance.

All those upsets mean that nobody can really predict much better than anybody else who is going to beat whom, particularly in the first and second rounds. So go ahead and pick a few schools you’ve never heard of to win a game or two. There’s a decent chance you’ll look like a genius at work the next day when it’s discovered you were the only one with the foresight to see that the George Mason Patriots would bring down the big boys. The fun of picking underdogs is that you don’t really need any good reason for your decisions, and history shows choosing teams based on things like your preferences for nicknames, player names, uniform colors or where the college is located is as good a predictor of success as any.

Take the whole concept of names. How was Richmond able to become the first No. 15 seed to beat a No. 2 seed 20 years ago? Because they have the insanely cool nickname of “Spiders!” One of the all-time overachieving programs in tourney history is Gonzaga, for the simple reason that they go by the unofficial nickname of “Zags.” It should have been apparent to anyone in 1999 that Weber State would knock off North Carolina because the Ogden school had a guy called Harold “The Show” Arceneaux score 36 points. Maybe you’ll pick the Jaguars of IUPUI (Indiana University-Purdue University at Indianapolis) because you’re a palindrome fanatic. Any reason will do. If you’re one of those women who holds up “Marry Me, Kyle Korver” signs at Jazz games, you may want to have Drake advancing to the Sweet 16 because their lineup includes Klayton Korver, who doesn’t look nearly as much like Ashton Kutcher as his older brother.

Similar use can be made of the term “mid-major,” which is also very inexact because the only teams that aren’t mid-majors are from schools that are the name of a state (Kansas, Indiana), are the name of a state with “state” after it (Michigan State, North Carolina State), are nationally known (UCLA, Duke) or have caps and jerseys gang members like to wear. Everybody else is a mid-major, especially if they have a direction (Northern, Southern, etc.) in the school name. So if somebody challenges you on why your bracket has the Belmont Bruins meeting the Austin Peay Governors in the second round, you simply respond, “I just don’t think people are giving the mid-majors enough credit this year” and move on to the break room without breaking stride.

The NCAA office pool is your chance to show the guy in cubicle next to you—who spends three hours a day cruising college hoops Websites in lieu of doing actual work—that maybe you know more about his passion than he does, even though you really don’t. That’s an opportunity life rarely affords and should not be wasted.