An SLC band of yore launches a time capsule of a website recalling the underground zine Chiaroscuro. 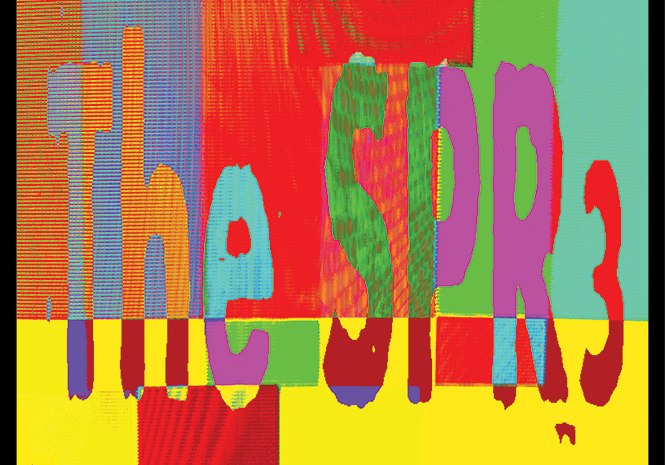 In the age of the internet, time moves fast, and things get forgotten. That makes the process of archiving a rather noble task, and one that's especially necessary for those looking to preserve ways of life that are gone now.

That's what's happening over on thespr3.com, a new archival website dedicated to music that was something of a companion to SLC's oldest, now-bygone zine, Chiaroscuro. And it's not just old zines and music files they're archiving, but indeed the sense of mirth and play that's long since vacated most online spaces.

For anyone under the age of 30 in SLC, neither SPR3 or Chiaroscuro will likely ring a bell. But those who were around during the zine's heyday will remember its popularity and ubiquity through the years it ran, from 2002 to 2013—making it the longest-running zine in SLC's history. Once at the center of zine-making in SLC, Chiaroscuro now lives on in random scans you can find online, or in a few copies at the Salt Lake City Public Library.

But what of SPR3? Well, the mysterious band was kind enough to reach out to City Weekly to let us know that their music—"some of it listenable," according to the email—now exists archived rather neatly at thespr3.com. But, once there, it becomes apparent that the ties between Chiaroscuro and SPR3 are more than just that of collaborators.

"You are correct in your suspicions that many of the names used in conjunction with the zine and band are the same people," says FZ, member of SPR3 and admitted co-founder of Chiaroscuro. He and his co-founder DL are also the only members of the so-called "Samuel Powers Rhythm 3"—not much of a trio at all. "Everything else is just a pseudonym," he explains.

And although he also says that "FZ" stands for "Filthy Zinester," these days the Chiaroscuro founders are less concerned with zine-making than they are with preserving their music—and in a way that references and uses depreciated parts of the internet that are as dated now as zines have become themselves. Enter thespr3.com: a retro space that any millennial who grew up online will find delightfully nostalgic.

The homepage opens up to a web player based off of the old Microsoft media player WinAmp—which is the vehicle for listening to the archived SPR3 albums. Other links lead to cheekily-written "about" pages, FAQs, preserved games and music videos all echoing the absurdism of Chiaroscuro, which was a Xerox-ed chaos of poetry, prose, strange stories and other SLC underground minutiae.

"The website is an intentional rejection of the modern-day online experience. Not just in terms of style, but also the notion of a commodified internet controlled by corporations for profit," says DL, who built the site from scratch. "There are no tracking cookies, data mining, likes, favs, ads or other bullshit. We've never sold our writing or music, and we aren't looking to turn this into a revenue stream either."

Rather, he says, the site is a way to archive the body of work made over the past 20 years between himself and FZ—and also, just a way for the two to continue to have fun. "I don't want to live in the past, but I do think it's nice to bring those things with us into the present when possible," he adds.

Besides indulging in the lost, pure joy of simply poking around on a website, thespr3.com keeps the DIY spirit of their music and zine alive. "I remember DL, when showing me some music that he'd made, proclaiming, 'Why listen to somebody else's music when you can make your own!' Absurd and inspiring," FZ says. "He was The SPR3 at first. Once we started living together, I officially joined the band. We knew a few other people that made music and thought putting a CD in our twelfth issue would be fun." FZ eventually started making music, too, and joined The SPR3, debuting their second CD in Chiaroscuro's 25th issue.

Since then, they've kept making their sample-heavy, experimental music—and its scattered existence on multiple SoundClouds was part of what spurred them to create a catch-all archival space. "I love weird noises. The shit that sounds like mistakes, but they decided to keep in. I also just love music and I think it's borderline amazing that I'm allowed to make some. It's almost magic and always more than the sum of its parts," FZ says. Though he and DL live in different states now, they still collect and swap samples from movies, TV, video games and even construction sites for their music.

"It was a hell of a project just getting all this content together," FZ says. "We by no means spent the last 18 years being organized."

But who among us has? In a world full of physical and now virtual decay as the internet itself ages, the idea of building an archival website from scratch, for both fun and posterity, sounds like a pretty good idea. On thespr3.com WinAmp is now WebAmp, the first issue of Chiaroscuro awaits as a PDF and the dream of DIY music, mags and customizable HTML lives on.