Soon, the biologically rich Pando Forest could be a thing of the past.

Pando Forest, the world's second-largest organism that lives within Utah's Fishlake National Forest, is on the verge of collapse because of human mismanagement, a study says.

Pando, which means "I spread" in Latin, represents a huge grove of 47,000 identical stems growing from the roots of a single quaking-aspen tree. Oregon's "humongous fungus" in the Malheur National Forest is the only other organism considered to be larger. To continue to live, Pando produces new sprouts that gather water and sunlight. But for the last half-century, its regrowth has decreased sharply, and scientists point to a combination of factors.

Paul Rogers, director of Western Aspen Alliance, recalls seeing a deer inside the fence when he toured the grove with the U.S. Forest Service more than a decade ago. The lack of regrowth already was an issue then.

"Regeneration is somewhat unique in aspen because it's not from a seed—it's directly from the roots, because it's a clone," explains Rogers, one of the study's co-authors.

About four years ago, he spearheaded a group of stakeholders to determine what's going on with Pando. Their research suggests that while Pando Forest has existed for thousands of years, it's been thinning out for the last four to five decades.

After measuring trees, the amount of regeneration, and the canopy cover of the trees via aerial photography and on-the-ground research, scientists determined that generations of trees are missing.

"In fact, there are only old ones and they are senior citizens. Imagine a town of about 50,000 people and everybody in that town was 85 years old. It wouldn't be a very sustainable town," Rogers says. 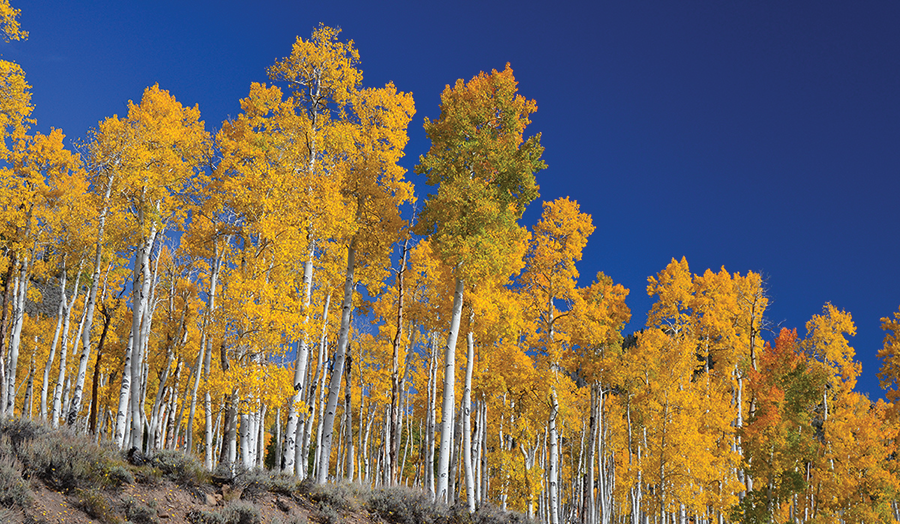 The average lifespan of aspen is between 80 and 140 years. Inside Pando, the oldest Pando clones are about 110-120 years old. And while they are dying a natural death, there's no replacement. Rogers likens the situation to a "densely-woven" piece of cloth whose strings are being pulled out.

Pando Forest sprawls across 107 acres in south-central Utah between Richfield and Capitol Reef National Park, and sits within half a mile of Fish Lake. The area attracts recreational visitors who come to fish or camp and are often unaware of the unique Pando.

During the research, Rogers and his colleagues also looked at the number and type of animals that visited each sampled location within Pando. The study found two types: mule deer and domestic cattle. Rogers said young trees are often eaten by mule deer. Although cattle are there for only a short period of time, they often trample young saplings.

The area attracts large numbers of deer that use it as a safe haven during the hunting season. There are no wolves in the area and the numbers of black bears and mountain lions are much lower than they were about 100 years ago, Rogers says.

The lack of natural predators, coupled with human presence, created a situation where mule deer move much slower than they do when natural predators are present. So the deer are spread unevenly across Pando.

"The deer are there much longer, about six months, versus about two weeks for cattle. The deer are doing much more damage and they are much more acclimated to people in campgrounds and homes. So they are not afraid of people, like elk would be or some other wildlife," Rogers says.

Mary O'Brien, Utah Forests program director at Grand Canyon Trust, an organization that works on conservation across the Colorado Plateau, says the part of the forest that had been fenced off from deer is recovering well, while area with a campground is more worn. Fencing in other areas doesn't seem to work, because deer can jump it.

"It is strange to think that this is all one tree, and it is exhibiting recovery or death or artificially dense areas within the same clone, and it's all due to human management," O'Brien says.

The decades-old aerial photographs of the area offer a glimpse into the issue. For example, Rogers cites one part of the grove that had small clear cuts years ago never saw any tree growth because the deer that wander through the area snack on the off-shoots.

"It's pretty remarkable because aspen actually thrives on what we call a disturbance," Rogers continues, "but this area died completely, and it's because animals ate everything that came up."

Recreation's Side Effects
The problem, Rogers says, goes back to how people have been managing the area.

He points to the difference between the state and federal management of America's natural resources, like Pando. States are more concerned with getting short-term revenues from things such as hunting licenses, while the federal government prioritizes long-term sustainability.

"In a general way, the federal government is charged with a long-term mission to manage the forest for a long time, but state government in Utah and other states have a very short-term vision of gaining revenues from wildlife or water or land or forest," Rogers says. "It's an agricultural model versus ecosystem sustainability model, and it's a big conflict."

While aspen clones are facing problems in several other states, and across the globe, Rogers says one issue is unique to Pando.

"There's something specific to this area ... the amount of recreation. There are homes within this grove and there is a campground within this grove," he says. "Those things add further complication because even if we wanted to reduce the numbers of animals, it makes it more difficult because we have to do it safely because there are people around."

U.S. Forest Service allows ranchers to graze their cattle inside Pando for about two weeks every year, the study notes.

Until recently, the agency hasn't allocated any money toward resolving the problem. Its office in Loa, which supervises the Fishlake National Forest, didn't return multiple requests for comment.

Just how big is the problem? "We do know that that forest has been around for centuries, and likely several millennia, but we don't know how many. But now, suddenly, in 50 years, it's coming apart and dying," Rogers warns. "This directly points a finger back at our ability or inability to live compatibly with our Earth." 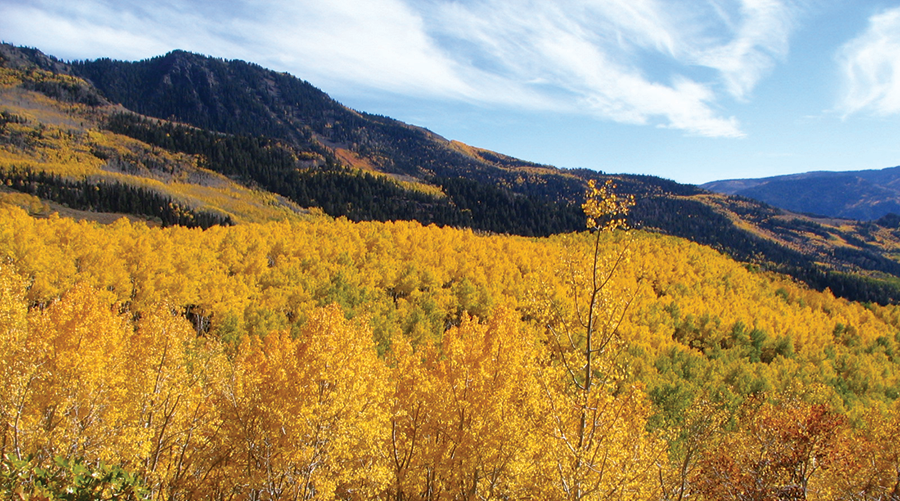 No Easy Fix
Following the report, officials want to work out a solution to prevent Pando from dying off, but the path won't be easy because of the competing goals and opinions from the multiple interested parties.

The meeting between U.S. Forest Service, and various stakeholders including ranchers, scientists and conservationists, was moved from December to early March.

Rogers, an adjunct associate professor at Wildland Resources and Ecology Center at Utah State University, says there's no quick fix other than putting up a fence to block animals. The long-term question, he thinks, is the management of deer and cattle and how to keep them moving around the area.

"I think it's going to be difficult to do, to be honest," he says. "A lot of rural people think we are trying to put them out of business, and in this case, we are not. We just need to have people compromise and alter things a little bit. If everybody adjusts a little bit, we can hopefully make some progress."

Aspens support a high level of biodiversity—including water in the form springs and streams, a variety of insects, including butterflies, and an array of animals—and Rogers expects grave consequences if Pando clone disappears. Other than riparian areas, it is the most biodiverse forest in the West thanks to its shade and moist soil.

"It could come to a point where you have a large collapse in just a few years, and I expect it could be as little as 10 to 20 years, if we don't get this situation straightened out," he says.

O'Brien, meanwhile, says that in addition to fencing, she wants to put up signs to educate the public about Pando clone and explain where young aspens are.

"We want to talk signage and education process ... and [ask] what their plans are for the parts of Pando clone that are not fenced at all. All these things will be on the table," she said.

While ranchers, conservation groups and federal agencies differ in opinion, Rogers hopes a consensus is reached.

"That's the human part that is difficult, and we can't fix that in six months or a year," he says. "We have to work on it long-term."