Looking at some of the best local singer/songwriters 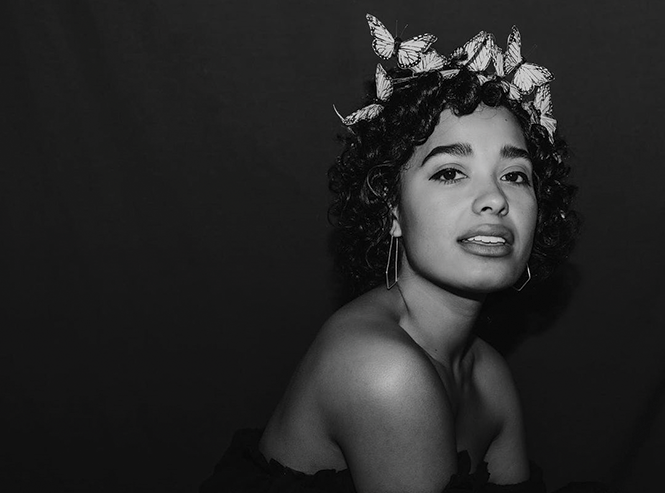 To be a solo songwriter is to be a force all on one's own, and luckily SLC harbors several of them. Ranging from the super active to the slow-and-steady releasers, these local solo songbirds are simmering with potential that's worth keeping an eye on.

Anais Chantal: A glittery goddess of neo-soul lurks right here in Salt Lake City, and though she hasn't put out a ton of music, her 2019 ep Birdie is a fantastical three-piece contribution to the bubbling underground of jazz and soul that thrive in this city. With a voice that's classic and clear, balanced between soulfulness and simplicity, Chantal starts out that EP with the song "Pt. 1: Doctor," a done-me-wrong, been-hoodwinked number that allows Chantal's voice to float along like a butterfly on a summer breeze made up of bouncing twangs from an upright bass. The longest track on the EP, the five minute "Pt. 2 Lithium" finds its gleam with the help of electric keys and slow easy drum rhythms. And though written in 2019, long before our world got to where it is now, her closer "Pt. 3 Spring" finds Chantal peacefully thumbing through questions about herself and the world around her, whether she's "chaotic or serene," finding her answers in trees and streams.

Besides making the listener feel very serene, Chantal's exploration of the inner self through nature feels apt as we jump into a uniquely chaotic spring season this year. Find Birdie wherever you stream, or on anaischantal.bandcamp.com. You can find Anais on Instagram at @anaischants, where lately she posts covers and collabs with other local artists. 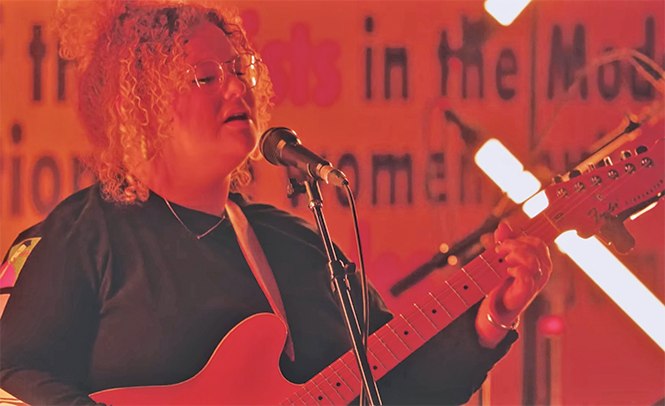 Cherry Thomas: Speaking of Anais Chantal, she shows up virtually in one of Cherry Thomas' recent videos as a collaborator, showing that this city's music scene is, as ever, tight-knit even through a pandemic. The two throw their similar soulful styles at Drake's endlessly cover-able track "Passionfruit," the original version of which is increasingly the most boring one.

As for her own music, Thomas is somehow enigmatic even as she continues to be one of the most active local musicians in the area. With endless videos online that show off her smoky, deeply ranging voice, blues guitar chops and—gotta mention it—killer pastel-painted style, I'm basically dying for a Cherry Thomas album. The spirit of Amy Winehouse is alive in her body. Her one single, 2018's "Black Panther," cuts and grooves thanks to her distinctive guitar playing; meanwhile her full, confident vocals make it an infectious signal towards a starry future.

On Instagram, she regularly covers pop tracks, even applying her blues to hyper-pop songs by artists like Grimes. IRL, she's been super active at shows of all kinds during the pandemic, popping up at livestreams, socially-distanced sets and at a Social Antidote pop-up at UMOCA. Follow her on Instagram at @cherry_thomas.

Cera Gibson: There are two sides to Cera Gibson, it seems—from the darkness of her music to the playfulness of her social media presence, where she's all sunshine. Over the past few years, Gibson has released multiple works, including her 2019 album Crushed Velvet, which finds her giving in to the moodiest of musings, with spare backing instrumentals that are such because her powerful voice does all the work, all the time.

Sharing a deep and sultry vocal range characteristic of many of pop's greatest stars, Gibson could blow up at any time, if she wanted to. But her songs continue to grow around her voice, like on early 2020 singles including "Idea of Me'' with its blotty synths, or "Sad Bitch," where Gibson finds empowerment in "getting fucked up to the rhythm and blues"—very Lana Del Rey, but with teeth.

However, the Gibson we get on social media is totally different. She posts everything from acapella TikTok videos, to covers of songs as far-flung from her style as "Mother" by Danzig, to original acoustic songs she wrote while "on lunch break." Until she slips back into her usual femme fatale fare at an IRL show, follow her at @ceragibson.

Cherish DeGraaf: I don't often find opportunity to talk about this Provo-based artist with no albums or EPs out, especially in a year of few live shows. But with singles released in stops and starts since 2017, she's slowly built up a honeyed indie style that draws on folk, time-worn singer-songwriter aesthetics and pop. Her range extends from electronic tracks like 2017's "Ghost," to songs like 2019's "Silverwings," a bold five-and-a-half minute track which soars gracefully into Americana territory with an assist from violin and confident acoustic plucking.

DeGraaf recalls the growing tradition of underground indie stars like Julien Baker, with whom she shares similarly smooth vocals—but with brighter eyes and less gloom. Her 2021 single "Void" combines all her best inclinations from past work to offer a promising look at her future, which most recently found her putting out a cover of "Wonderwall" that goes beyond the typical "anyway here's 'Wonderwall'" covers that abound. DeGraaf also dabbles in music writing herself, on her blog Unyieldingly Melancholic, where she writes about "sad songs." Follow her on Instagram at @ummcherish.