Greta Morgan is in control with her new solo project 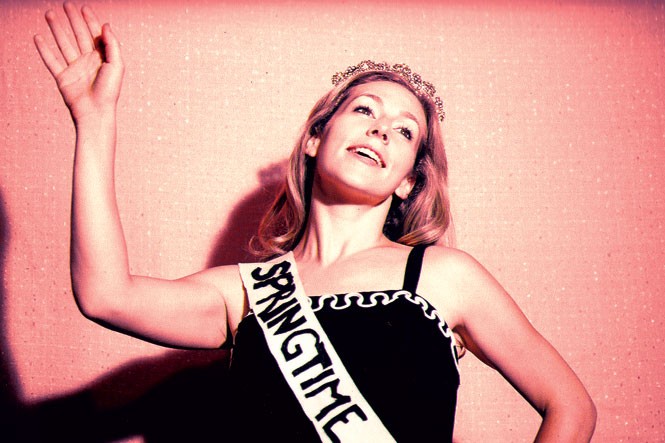 Greta Morgan was still in high school when her group the Hush Sound was suddenly swept up in an emo-pop label signing frenzy in 2005.

Since then, Morgan, 27, has made a respectable career for herself as a musician and songwriter. But as she tours with her new solo project, Springtime Carnivore, it's the first time she's been completely in control. "It was like grabbing the steering wheel and deciding where to drive," she says.

Morgan played every instrument besides bass as she self-recorded what would end up being Springtime Carnivore's self-titled 2014 debut. Morgan learned as she went and discovered new studio tricks to replicate sounds that had been swimming in her head.

"I would have to read something like 'how to make distorted guitar sounds' or 'how to mic toms,'" she says. "I kind of joke that I went to YouTube University."

The result is an album that relies heavily on electronic layers and keyboards to produce a warm, easygoing, psychedelia-tinged pop sound that belies Morgan's deeply personal lyrics.

Recording Springtime Carnivore on her own was markedly different from the give & take process of writing and recording with other band members—a process that could sometimes chip away at Morgan's original vision for her songs.

"I always felt like everything kind of fell short by a very small amount," she says. "But I could never put my finger on what that was."

But with Springtime Carnivore, Morgan was responsible for every facet of her songs, from idea to tape. Going it alone was empowering, she says.

"I can't remember having been that excited in a while," she says. "Every morning felt like Christmas."

That excitement bleeds through the speakers. Morgan's fans who came to her work through the Hush Sound or Gold Motel will mostly find her voice and songwriting in familiar territory, but Springtime Carnivore is also the sound of a woman liberated from the expectations created by her past work.

Morgan performs songs like "Collectors," "Foxtrot Freak" and radio-friendly single "Name on a Matchbook" without a hint of weariness—a commendable feat for a 10-year industry veteran.

In fact, Morgan says she gets giddy when she hears "Name on a Matchbook" come on the radio. Part of that joy, she says, comes from knowing that it's her own work and that she made it on her own terms.

"Writing for other artists or writing songs to pitch for film and TV, there was this sort of attitude that you could slide by writing something that felt extremely generic or boring," Morgan says. "To me, if you're going to put your energy into something creative, put 100 percent of your energy into it."