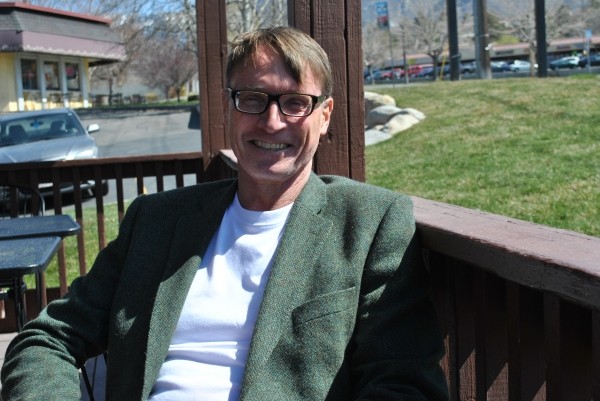 Stephen Tryon, former vice president of Utah-based retailer Overstock.com and author of the book Accountability Leadership, is running as an unaffiliated candidate for Congress this year. Drawing upon his experience being a soldier in the U.S. Army for 21 years and observations of a broken political system, Tryon is calling citizens to action—a timely message after 2013 marked the most unsuccessful Congress in American history. Accountability Leadership addresses the urgency for increased citizen participation in Congressional elections with a tool kit to show us how. Visit TryonForCongress.com to read more about his vision for the future of American politics.

What led you to write this book?
Going into the Army on July 1, 1979, I took an oath to support and defend the Constitution of the United States. It’s something that I think is very important. We have a wonderful country and I think that our constitution is a wonderful document. It’s a wonderful framework for procedural justice. And it has bothered me over the last several years to watch how a political dialogue has degenerated to be almost hateful in a lot of cases. It seems to be dysfunctional.

Why is our country so politically divided?
Unfortunately, I think that we tend to get served stuff that goes along with our inclinations. So if we tend to be right wing, we get served the Fox News version of things, or if we tend to be more liberal, we get served the CNN version of things. It reinforces this separation and the sense that there are these unsolvable problems and we can’t talk to each other. We’ve also changed the way we market and distribute information over the last 50 years. From 1972 onward, you can look at some dramatic shifts. The thing that happened in ’72 is the deregulation of cable television. We went from ABC, CBS and NBC to literally hundreds of channels, and we’ve also deregulated radio. And now we’ve got this information explosion. With personal computers and mobile phones ... information is coming at us from the moment we wake up to the time we go to bed.

How is too much information hurting us?
Americans have always been passive consumers of information and government. That was kinda OK when the main channel for information was newspapers. Newspapers are geographically aligned with your member of Congress, so there was a nice symmetry there. But now as we’ve got this information explosion it’s very easy to be confused and overwhelmed. The information that you’re getting hit with first is probably targeted to you based on where you work or what kind of car you drive. I don’t think there’s a conspiracy out there of people trying to turn off American citizens; that’s just what a business does ... [try] to sell more stories, more clicks, more viewers ... in order to do that, to sell advertising, we use consumer psychology.

I also think it reinforces the sense that we’re powerless, that the problems are too complex to solve, that even if they weren’t so complex we can’t agree on a solution because we’re so divided. I think there’s a risk from that; it turns people away from the process.

How can our dysfunctional political system be fixed?
In 2012, as I was thinking about this, what occurred to me was that the solution is to get more people to participate. I have a great faith in the framework, and I believe that if enough people participate, the result will be a wholesome consensus on things we agree on. We want to be able to provide for our families, we want safe communities ... we can all agree on that stuff. It’s not rocket science to figure out how to make the rest of it work. The book is a tool kit for information-age citizenship, and the idea is to empower people to feel like they can participate.