Stories to Survive By

A trio of streaming playlists with the fun, hope and comfort we need while stuck at home. 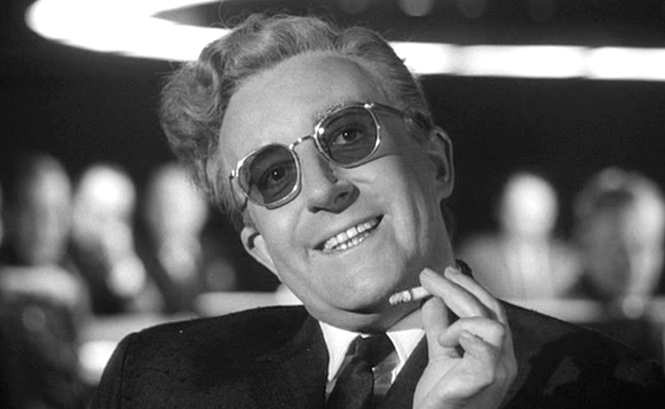 These are, to put it mildly, strange times. We're all locked up in our homes, hoping to prevent the spread of a very serious virus that's wreaking havoc across the world. We're looking for things to occupy our time, relieve the boredom and help us make some sense of world events.

In order to help you get through this, I've compiled playlists of movies or shows currently streaming (and where to find them) that might help you in various situations. Never fear; we'll get through this together.

When You Need a Laugh

Dr. Strangelove, or: How I Learned to Stop Worrying and Love the Bomb (The Criterion Collection): Stanley Kubrick's 1964 dark comedy is a case where you laugh to keep yourself from crying. It's about the utter foolishness of the U.S. government in a time of a crisis, and is also one of the funniest films ever made. And it would not surprise me to find that Donald Trump has George C. Scott's hawkish Gen. Buck Turgidson advising him on the COVID-19 situation.

His Girl Friday (The Criterion Collection): This Howard Hawks classic teams Cary Grant and Rosalind Russell in a newsroom. The rapid-fire dialogue and focus on journalism make it a sure winner.

Some Like it Hot (The Criterion Collection): Billy Wilder's gender-bending gem never gets old. Jack Lemmon, Tony Curtis and Marilyn Monroe are all at the top of their game. Show this one to the kids. They'll love it.

Monty Python's Flying Circus (Netflix): This classic British series of absurdist comedy sketches is everything you need to laugh your problems away. And honestly, when was the last time you binged that much Python?

It's A Mad, Mad, Mad, Mad World (Amazon Prime): Another classic comedy that often gets forgotten. This all-star caper about a pursuit of buried treasure casts a who's-who of classic comedians, and never feels as long as its three-and-a-half hour runtime would suggest. Which is to say, it will keep you busy for a while.

When You Need Some Comfort

Mileage on these will vary, but my personal comfort re-watches—when I need to be reassured that there is still good left in this world—come down to the holy trinity (or actually quaternity?) of nerd properties. These are what I fall back on when I'm sick or need a pick-me-up. Maybe they'll do the same for you.

Star Wars: The Skywalker Saga (Disney+): The Star Wars films are pretty much my go-to in any crisis. The ones that make me feel the most comforted are Episodes I, VI, and VIII. Taken together, all nine episodes of the Skywalker Saga are a beautiful opera of mythology, each trilogy offering us lessons to survive trying times.

The Indiana Jones Films (Netflix): These four films are some of the best and most enjoyable action/adventure films ever made. Watching Indy punch Nazis (or cultists, or Russian operatives) is a balm that heals the heart.

Star Trek (CBS All Access, and more): Seriously. From the various TV series to the film versions, virtually every iteration of Star Trek is streaming somewhere. Is there a better time to tackle Gene Roddenberry's universe chronologically than now? No. Make it so.

TheLord of the Rings Films (mostly on Netflix): Watching the downtrodden of the world resist an unspeakable evil and triumphing, despite terrible odds, is something we all sort of need in our lives right now, right?

Because we always need some of that. Especially when we're impacted by the mistakes of our leaders

Rogue One: A Star Wars Story (Disney+): When the leaders above us fail to act, it's up to us to rebel. And, like they say: Rebellions are built on hope. That's what we need right now more than anything.

Red Tails (Disney+): Watch what the black pilots of World War II went through, as their story finally got a 2012 Hollywood war-movie treatment of their heroism.

The Dirty Dozen (Netflix): Watch Lee Marvin lead a dozen criminals into pulling off one of the most daring suicide missions in the faux-history of World War II.

The King's Speech (Netflix): You want to see a leader rise to the occasion under pressure? The King's Speech delivers the dedication of a man who didn't realize he would become leader overcoming his stutter, then leading a nation through World War II.

There's no shortage of things to watch while you're trapped at home, doing your small part to help save the world. But just remember that you're a superhero for doing your part to self-isolate. It's going to be a while—probably longer than most of us realize at this point—but we won't want for entertainment. Look for the inspiring, funny, beloved stories that will help carry us through.