The Nashville outsider isn't trying to save country music, but he might anyway 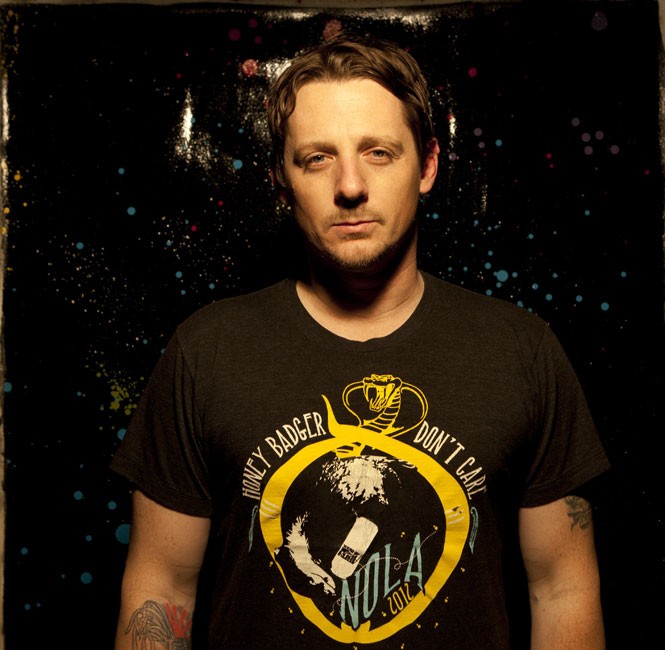 The profiles all begin the same way: Sturgill Simpson is here to save country music.

Since the release of his brilliant and mystifying second solo album, Metamodern Sounds in Country Music, in May, Simpson has been held on high as the new badass icon of outlaw country, a burly-voiced songwriter who eschews tailgates and spring break for deep thinking. Over classic honky-tonk shuffles more Buck Owens than Brad Paisley, he sings about mind-altering psychedelics and reptile aliens on "Turtles All the Way Down," and name-checks transmigration and the Tibetan bardos in the two-step trot of "Just Let Go." By outward appearances, Simpson is a piece of 24-grit sandpaper—and a welcome one, depending on who's asked—to Nashville's glassy, glossy, stadium-ready sheen.

But to hear Simpson tell it, he has no interest in merely eliciting reactions or marketing his music under the guise of revolt. He's simply a dude who plays what he likes and what he wants to hear.

"A lot of journalists, it feels like they want to lure me into being the poster boy, and talk shit about modern country, and I just don't have anything to really offer there," Simpson told Rolling Stone in June. (Perhaps fearing yet another baiting, Simpson's PR team declined City Weekly's interview request.) "Nothing is really different than it was. It's always been like this. I think Tompall Glaser said it best in the '70s: 'Unless you have a solution or an alternative, shut the fuck up. Because you're just part of the problem.'"

The most significant changes in country music have largely come from outsiders offering solutions: Buck Owens and Merle Haggard, who helped define the Bakersfield sound, the gritty contrast to the slickly produced, string-laden country music produced by Nashville's Music Row in the '50s; Waylon Jennings, Willie Nelson and the progressive outlaws who expanded country into the counterculture in the '70s.

Simpson, similarly, is an outsider. He lives in Nashville, but he and his wife rarely venture into the city. He self-released Metamodern Sounds because he knew Nashville wouldn't touch it: The major labels, he reasoned, would have laughed at the references to reptilian aliens in "Turtles All the Way Down"; the traditionalists, on the other hand, wouldn't jibe with the song's thesis statement that "Love's the only thing that ever saved my life."

Simpson demurs when asked to position himself as an alternative to the Jason Aldeans and Florida-Georgia Lines churned out en masse by the glitzy Nashville machine, but his chart success—not to mention his string of sold-out concert dates—suggests he might be anyway. Despite a total lack of support from a city that wouldn't have him and without the rigmarole of the Music Row hype machine, Metamodern Sounds has nonetheless spent almost half the year in the top 25 of Billboard's Hot Country chart, peaking at No. 11. It currently sits at No. 26 on the Hot Country chart, and at No. 133 (down from a peak of No. 59) on Billboard's Top 200. The data seems to hint at a mainstream audience ready and eager to embrace new, rougher and more earnest voices.

"Maybe people really just want to hear somebody sound like Waylon Jennings, so it could all just be psychosomatic," Simpson said with a shrug to NPR. "I don't know."

Waylon's son Shooter is an avowed fan of Simpson's. So is former Drive-By Trucker and recent tourmate Jason Isbell. But so, too, are stadium-country stars Keith Urban and Jake Owen. As the story goes, The Velvet Underground sold only 30,000 copies of its debut record, but everyone who bought that album went on to start a band. Who's to say Metamodern Sounds won't spark its own Bakersfield-esque movement? Who's to say that maybe somewhere down the road, Kenny Chesney won't be singing his own honky-tonk songs about DMT and alien abductions to sold-out stadium crowds?

OK, no, probably not. But wouldn't that be something?