Sugar House Bets on Beer to Bring the Crowds

But, are there enough "Second Downtown" drinkers to support six pubs? 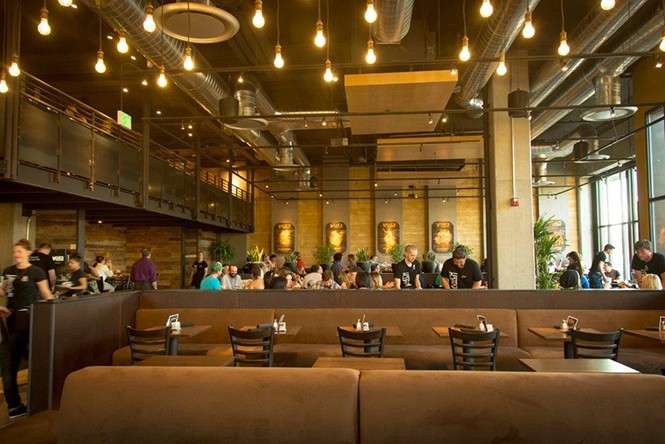 If you’ve headed into the heart of Sugar House lately, you might have noticed some changes. The Sugar Hole is gone, the S Line is ready to serve, and the heartbeat of Sugar House, at 2100 South and Highland Drive, is beating once again—fueled by hops and ale.

Although Wasatch and The Annex both opened as restaurants, the pair have now been awarded full-service club liquor permits—allowing for the Zion curtains to be torn down and beer taps to show (and flow) freely. The liquor permits put these new brew pubs on the same footing as long-time Sugar House residents Fiddler’s Elbow to the north of 2100 South and even the tiny Tap Room, which recently moved to the former Este Pizzeria spot on Windsor. Meanwhile Fats Grill, just to the south on Highland Drive, distinguishes itself with live music and pool tables, and Sugar House Pub also sits just around the block from the new brew houses.So, has barley gone to everyone’s heads? Can a small community sustain such a beer-focused block?

Yes, say brewery owners. Each establishment feels confident that their location will draw a specific, destination crowd centered around their beer brands. They predict the competition within the confined radius will eventually be minimal.

“The Annex really offers a different experience from the other restaurants and bars in the area,” Epic’s Communications Director, Matthew Allred says. The Annex's menu includes items like a fall-off-the-bone stout-braised pork shank and creamy deviled eggs along with an elevated version of poutine featuring pork cheeks.

“We wanted to offer more gastropub-style, locally focused fair that matched the quality of beer and even challenged people’s expectations about beer and food,” Allred says. “A lot of people that have come in over the past year have had a certain ‘pub food’ expectation and have either been turned off by the lack of nachos or really impressed by the dialogue between the food and the beer. We are different enough to feel comfortable and really, we just hope people visit both establishments, often.”

Much of the branding and feel for this location will eventually be brought up to the Park City location and used in other Wasatch Brew Pubs outside the state.

Neither of the new pub reps feel that there will be a shortage of business once the construction surrounding them comes to an end and customers can easily access their offerings. Allred is confident because the area is adding more housing, and eventually it will be easy to walk, bike and take UTA's S line, he says. Those factors will reward businesses that call Sugar House home. “Sugar House is becoming a second downtown and offers a great direction for us,” he added.

Wasatch Brew Pub had the advantage of coming into the development mix last and therefore knowing about all of its competition before signing on the dotted line to secure the prime corner location at 2100 South and Highland Drive. “Our biggest strength is the location itself and the flow of people around us,” Hofeling says. “Sugar House is growing by leaps and bounds with multiple residential and retail spaces coming online, and the energy of the area is amazing. With the link to the S line, in addition to the general walkability of the neighborhood, it is the perfect spot.”

Now that neither brew pub is required to serve food in order for guests to enjoy a stout, IPA or porter (or wine and cocktails, too), one might think that less focus will be placed on food. But both The Annex and Wasatch stand firmly behind their respective menus. In fact, each of the pubs have new chefs. “One of the biggest reasons people come in is because they are looking for something 100% locally owned and unique to Salt Lake City,” Allred says. “They are interested in high-quality, interesting food, which reflects local ingredients and the season.” 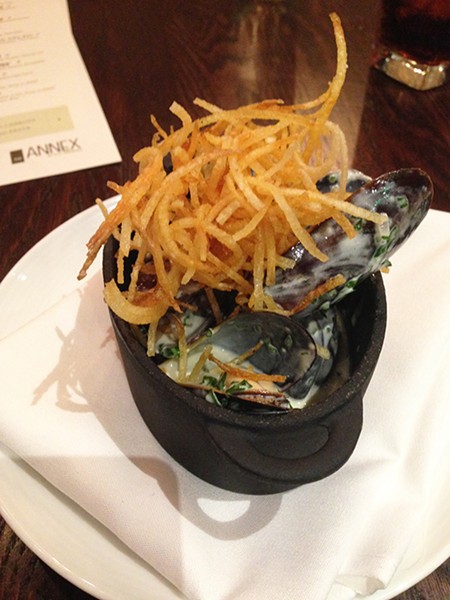 Even so, with award-winning beers on tap, fresh chefs at the helm and attractive spaces, both pubs await the completion of construction in front of their businesses to begin drinking in their success. “Right now we have a pedestrian problem,” Hofeling says. “There is construction happening and that keeps people out of the area. But when we opened, the bike racks were covered in bikes and pedestrian and bike traffic were heavy.”

Epic Brewing Co-founder, Dave Cole, agrees, adding that once people realize they can park underground they'll be more likely to visit. “At this point it is just something we need to hunker down and get through.”

Wasatch Brew Pub and The Annex have already set their sights on warmer weather when they can open their patios and really see who their craft ales draw into the neighborhood. “Guests on our patio will be able to enjoy the activity while they dine,” Hofeling says. The end of construction and the introduction of outdoor dining, agrees Allred, will be a “game changer.”

Until then, there’s still a lot brewing in Sugar House.