24 shows you should (re)sample on-demand before fall 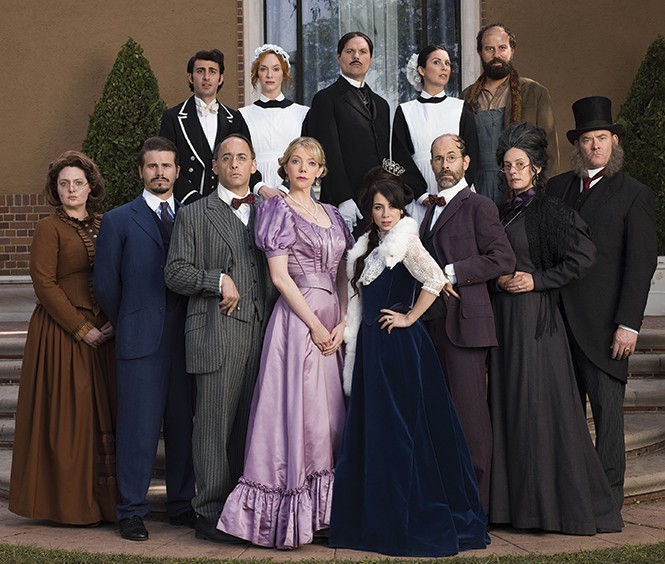 UnReal (Lifetime) And another female-led powerhouse: UnReal's behind-the-sordid-scenes drama about a Bachelor-esque "reality" show was brutal, discomfiting and, for all we know, completely accurate. Shiri Appleby and Constance Zimmer FTW.

Maron (IFC) No hype, just Marc Maron being Maron in Curb Your Enthusiasm: The Next Generation.

Killjoys (Syfy) Ditto on the looks and action here, though Killjoys was a bit more complex (read: confusing) and even more low-budget than Dark Matter (which seems impossible). Still, Hannah John-Kamen is the sci-fi heroine to top this summer.

True Detective (HBO) Quit your whining and just watch all eight episodes in a row.

The Brink (HBO) It was sold as a Jack Black comedy, but The Brink (a modern-day Dr. Strangelove via Homeland) belongs to Tim Robbins as the tenacious secretary of state, and Maribeth Monroe as his impossibly loyal assistant.

Humans (AMC) The biggest surprise from this British import about synthetic "humans" living/serving amongst us? Joe (Tom Goodman-Hill) waited four whole episodes before bedding his nanny-bot (Gemma Chan). Humans was creepy, but with a heart—rare combo.

Rectify (Sundance) So rich, so moving, so ... slow. Ray McKinnon's Southern-gothic character study isn't for everyone, but the performances (not limited to main stars Aden Young and Abigail Spencer) are undeniable.

The Strain (FX) Guillermo del Toro and Chuck Hogan's vampire-invasion thriller kicked into high gear in Season 2, thanks partially to letting Kevin Durand's badass Fet inject some comic relief into the occasionally too-damned-serious affair. Pretty vamps are so over.

BoJack Horseman (Netflix) You will feel all the feels of a cartoon horse (Will Arnett).

Stitchers (ABC Family) Impossibly pretty 20-something scientists "stitch" into the memories of the recently deceased in CSI: Dead Brains. Sure, it sounds similar to iZombie, but Stitchers was even stoopider—and yet oddly entertaining.

Your Pretty Face Is Going to Hell (Adult Swim) Season 2 of Hell as a workplace comedy ... not a workplace reality show.

Married (FX) The second season of Nat Faxon and Judy Greer's domestic comedy may have found a groove, if not viewers. Married is pretty much canceled; proceed at your leisure.

Rick & Morty (Adult Swim) It's probably best that Community is now dead as a TV show, because Rick & Morty is a far better use of Dan Harmon's time. There's not a more off-the-charts science-geeky show out there—sorry, Cosmos—and the funny is relentless.

Wet Hot American Summer (Netflix) First Day of Camp bested the 2001 movie by streamlining the gags and going for ridiculous broke. So how do I get a gig at Rock & Roll World Magazine?