What's hot on the tube during the "off" season

Television used to take a break in the summertime—but that was back in the dark ages, Grandpa. Networks are more aggressive than ever about establishing the fabled 52-week programming schedule, so the real winner is you! Here’s what you should be watching while it’s hot:

JUNE
Following the Season 2 premiere of 2013’s hit alien-western Defiance, it’s the debut of Dominion, a new supernatural drama about rogue angels bent on possessing mankind in the—wait for it—post-apocalyptic future. It’s based on the 2010 flick Legion, so the fact that Dominion doesn’t completely suck is a … miracle (Syfy; Thursday, June 19).


Quiet breakout series Rectify, about a former death-row inmate trying to fit back into his small Georgia hometown, returns for a 10-episode second season. The gorgeously hypnotic Southern Gothic doles out details slower than molasses, but it earns every last drop of its critical mass—binge Season 1 on Netflix for proof (Sundance; Thursday, June 19).

Before the Season 4 premiere of alien-invasion epic Falling Skies, new series The Last Ship tackles an enemy of a different kind: producer Michael Bay. Actually, it’s a pandemic that kills 80 percent(!) of the planet’s population, and only the crew of a surviving Navy ship is positioned to find a cure for the remaining 20. It’s like Battleship, but with more plot (TNT; Sunday, June 22).

It’s about five years late, but the seventh and final season of True Blood is upon us—and after you begin saying your goodbyes to (everybody whisper it together now) Sookie and the Bon Temps fang-gang, say hello to the un-Raptured souls of The Leftovers, about a group of confused suburbanites stuck behind on Earth. It’s like This Is the End, but with less weed (HBO; True Blood: Sunday, June 22; The Leftovers: Sunday, June 29).

JULY
Now that Dexter is over and Homeland has jumped (hanged?) the shark, Showtime’s new flagship dramas Ray Donovan and Masters of Sex both return for their respective second seasons. A gritty crime/family drama about a troubled “fixer” for the Hollywood elite and a period soap about pioneering 1950s sex researchers Masters and Johnson may seem like an odd combo, but they’re also the network’s best series in years (Showtime; Sunday, July 13).

Guillermo del Toro and Chuck Hogan’s book trilogy The Strain becomes a TV series, brought to you, coincidentally, by Guillermo del Toro and Chuck Hogan. When a strain of an ancient disease begins turning the world’s population into vampires—and not those pretty Twilight/Vampire Diaries bloodsuckers, either—it’s up to a CDC doc and a ragtag group of New Yorkers to save humanity. Apparently, it’s the Summer of the Apocalypse (FX; Sunday, July 13).

A soccer star by day who’s an international spy by night? That’s Matador. If the balls-out TV re-imagining of From Dusk Till Dawn has taught us anything, it’s to trust in Robert Rodriguez and the El Rey network (El Rey; Tuesday, July 15).

Harried-marrieds comedies have been done to death—but one starring Judy Greer, Nat Faxon, Jenny Slate and Brett Gelman? That’s a killer cast who’d be canceled in five minutes on a broadcast network; fortunately, the new Married is on cable, and it’s far funnier and more heartfelt then the generic title suggests. Fellow debuting comedy You’re the Worst, about two toxic singles who enter into couple-hood, at least wins the name game (FX; Thursday, July 17). 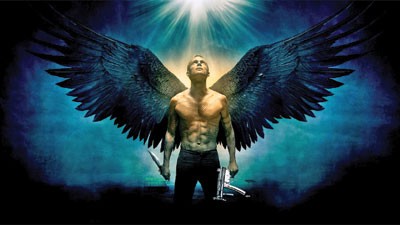 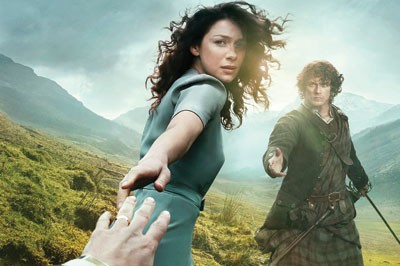