Take your pick: A. a traditional love ballad, probably including something about trains, or B. a horrific love-death song dealing with gruesome train wrecks and undead prom queens?

If you chose B, you probably prefer the music of local horror-punk band DieMonsterDie. The band, known for their heavy thrashing, bloody costumes and special way with balladry, are cleaning out their seasonal closets with the mantra “Out with the old, in with the ... er, dead” by hosting the first Summer’s Dead Festival at Burt’s Tiki Lounge.

The veterans of the tiny niche of horror-punk have steadily gained recognition, says bassist Shane Diablo (Hansen), whose stage name is Meat. “We started out because we wanted to blend the theatrical stuff with the music. We’ve been around for 10 years and have a huge following all over the world because this tight-knit genre of music is so underground. There are kids as far as Russia that love it.” The theatrics, at one time as extreme as hanging a bloody bride on stage, have been toned down through the years. “We’ve been banned from a couple of clubs,” Diablo says. "We put on a bloody good time and sometimes it gets out of control. The [theatrics] were starting to overshadow the music." 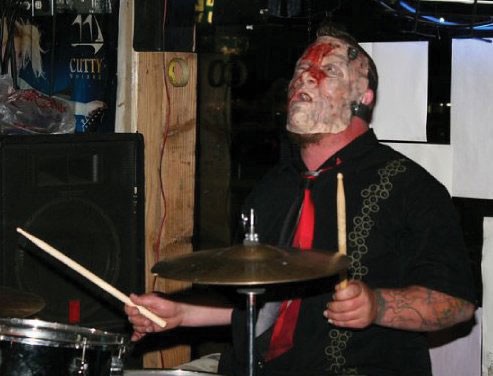 DieMonsterDie isn’t just a bunch of morons in monster masks who hang out with hot zombie chicks; they’re philanthropists, too—in a sense. They’ve been known to open up bar tabs for their fans to swill down, and this festival is no exception. Starting a half-hour before their set and going until the tab runs out, drinks are on them (tips are on you)—same goes for the barbecue, brats, burgers and brains (for zombies only) if anyone in the costumed crowd can’t afford them. “If we supply all the drink and food for them and they go home and say, ‘That was the greatest and cheapest night of my life,’ we’re satisfied with that,” Diablo says. 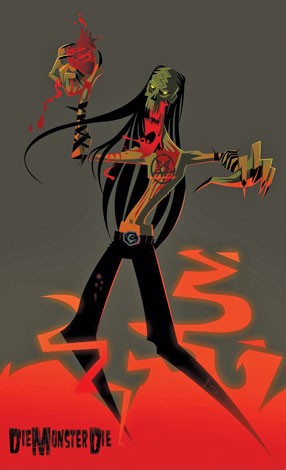 So, should you dress up for the shocking sci-fi spectacle that’s arriving just after a full moon? Yes, but no one’s judging and all are welcome, says Diablo. “You can’t go wrong with a good zombie or any type of bloody mess like car accidents, vampire masks and Frankenstein heads. Or, just come as you are.”