Options to get your groove on before a chill is in the air. 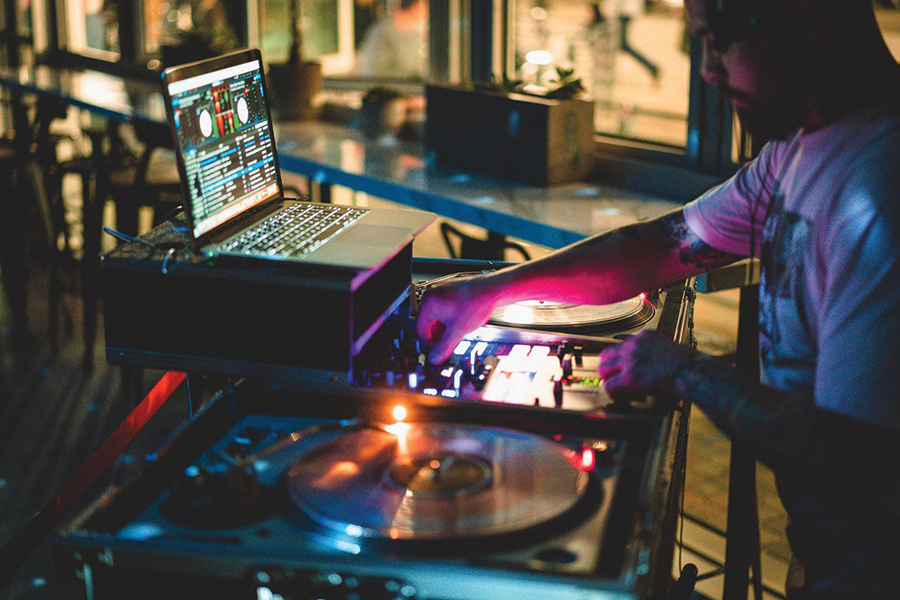 Have you gone dancing this summer? Have you gone enough? I know I certainly haven't—and if you're like me, you know what a shame that is. Here are four great places to get in one more night of dancing before summer ends, and you don't have to worry about checking your coat everywhere you go.

Critical Beatdown Thursdays & bop-filled weekends at Good Grammar
If you've bar-hopped at all this summer, here's hoping you made it down Gallivan Avenue, toward the corner where Good Grammar beckons—a cool refuge with good cocktails by day and a spectacle of dance music revelry by night. One Thursday a month (the next being Sept. 12) features DJ Finale Grande accompanied by various guest artists for a night of music you've never heard but still has heavy grooving potential. Wanting something more conventional? Swing by on a Friday or Saturday for the trendiest of songs mixed in with classic dance tracks from the early millennium, and a dance floor filled with an excited crush of bodies. As the summer has worn on, Grammar seems to have become something of a trendy, dependable weekend stop that sits outside of, but just close enough, to the frenzied Main Street scene. (Disclaimer: I also work at Good Grammar so I have it on good authority.) Get in early to enjoy a cocktail and watch the transformation from chill, funk-fueled bar in the early evening into what it is as the hours grow late and wee—a truly wild time. Keep up with Critical Beatdown dates and guests on Instagram @criticalbeatdown801. 69 E. Gallivan Ave., 385-415-5002, goodgrammar.bar

Loud Luxury at Sky SLC
Sky SLC is one of Salt Lake's definitive nightclubs, a spot that dependably delivers EDM and electro pop on the regular in their three stories-tall club. This is the club for those who mourn the end of Das Energi season, but are avowed to keep the party going. Founded in 2013 with Burning Man on the mind, the club has succeeded in bringing wild and electric vibes to SLC with DJ nights and touring artists alike. Since they're booked with local and international DJs most nights, including the obvious Friday and Saturday but also "Energi Wednesdays" and "Therapy Thursdays," I'll pinpoint one upcoming event: Loud Luxury, a Canadian duo, stops in for Therapy Thursday on Aug. 29 to deliver their brand of restless, sexy electro pop that has fast gained popularity in the dance music world. They also kick off their first ever headlining North American tour that evening, so catch them here before they blow up. Find more info about the show, including tickets, at skyslc.com 149 Pierpont Ave., 801-883-8714, 21+, skyslc.com

Free line-dancing lessons + live country at The Westerner
The Westerner is pretty much SLC's sole "themed" bar, devoted to all things country and, well, Western. It's a valuable thing, and makes one hope that other bars might one day follow suit—it would be very cool to have a funk bar, a disco bar, etc. But, for now, if you're looking to immerse yourself in a specific culture, sound and carefree, old-fashioned vibe, The Westerner is here for you. How and when to get your groove—or rather, your 10 Step—on? Wednesday and Friday nights at The Westerner are your chance to learn line dancing for free, which is definitely a great way to get out of your comfort zone. It's worth a try, since it starts at 7 p.m. and goes until 9 p.m., giving dancers the chance to choose if they wanna move on to a top 40 club for the rest of the night or, if they're feeling it, stay for the live music that happens on Fridays (and Saturdays) after the line dancing has concluded. One such act is local group Fox Brother's Band, who plays on Friday, Aug. 30. Make use of their large dance floor—which they claim to be the largest in the state—whether you're good at line dancing or not. After all, if you just have a drink about it, it doesn't matter how slick your steps are. 3360 S. Redwood Road, West Valley City, 801-972-5447, 21+, westernerslc.com

Funky, fresh DJ nights at Alibi
I've mentioned the largest dance floor in Utah; now it's time to mention what might be the smallest. The handsome, grotto-like space of Alibi is an exciting, albeit tight, place to dance your ass off on a Friday night to anything but top 40 standards. Well-known and -loved local DJs spin less-than-conventional tunes that still make you wanna shake everything—including, sometimes, some of your drink onto the ground. After I brought an out-of-state friend there a while back, she wondered out loud about the ratio of her drink that she actually drank compared to how much she spilled. Not the fault of the bar, of course, but of the all-too-danceable music—which, at the time we were there, went from funk to disco to rap to a remix of "Feel Good Inc.," all provided by the DJs of the night—Laker Girls, who are also known separately as Bo York and Concise Kilgore. Catch similar acts every Friday night, but watch their Instagram @alibislc for postings about other dance nights on Thursdays and Saturdays. The DJ or DJs of the night are usually posted there the day of as well, but no matter who it is, you're guaranteed to have a groovy-ass night if you stop by. 369 S. Main, 385-259-0616, 21+, facebook.com/alibislc