With 2014 marking the 30th anniversary of the Sundance Institute taking over operations of what began as the U.S. Film Festival, Sundance Film Festival coordinators chose a somewhat counterintuitive theme for an anniversary celebration: failure.

According to Sundance Film Festival director John Cooper, the willingness to try new things—even risking failure—is at the heart of real creativity. So at various times throughout the festival’s 11 days—but with a particular focus Monday, Jan. 20—panels and other events will be all about failing.

At the Cinema Café in the Park City Elks Lodge Building, filmmakers will share tales of failure in their creative lives. Film-industry professionals will participate in a panel titled How Many Wrongs Make a Right? to address all the things that were never supposed to work but did, or things that seemed like screw-ups and turned into magic. Sundance will screen Wes Anderson’s debut feature Bottle Rocket—a movie it notably rejected when it was submitted in 1995—just as a nod to the times programmers have made a bad call. And festival attendees can even experience a little failure of their own with to-be-announced micro-workshops where you can try something ridiculous and not care if you fall flat on your face.

What have been some other notable risk/fail scenarios in Sundance history? Here’s a look at a few notable gambles and goofs from previous years—some of which paid off, and some of which most assuredly did not.

FAIL: There was a period in Sundance history when distributors’ checkbooks were wide open, hoping to find the Next Big Thing. Mark Illsey’s comic farce Happy, Texas—about a pair of escaped convicts who pose as a gay couple coordinating a small-town beauty pageant—delighted the festival crowds in 1999, inspiring Miramax to buy the film for a reported (but never confirmed by the distributor) $10 million. It crept into—and out of—theaters in October 1999 with a total gross of less than $2 million.

SCORE: That same year, relative newcomer Artisan Entertainment grabbed a little movie called The Blair Witch Project for around $1 million, then went full-blast at one of the first viral online marketing campaigns, building up both the mythology behind the story and the “scariest movie you’ll ever see” hype. A backlash emerged, but meanwhile, Artisan was rolling in $140 million in U.S. box office. 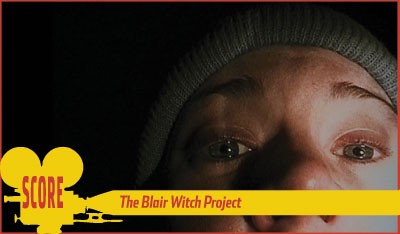 FAIL: At a 2001 Salt Lake City public screening of Richard Kelly’s surreal Donnie Darko at the now-defunct Trolley Corners theaters, the print was put together with one of the reels upside down and backward. It took a few minutes for confused audience members to realize this wasn’t the way the movie was supposed to look. “My movie is weird,” Kelly said when he addressed the audience during the delay to fix the print, “but it’s not that weird.”

SCORE: Technical difficulties were also a problem at a 1998 screening of Buffalo ’66 at Park City’s Egyptian Theatre, and similarly, the filmmaker took the stage during the delay. But eccentric director/star Vincent Gallo provided a show that was nearly as entertaining as any movie, launching into a wonderful rant about the streets of Park City being overrun with agents and other “creepy crawlers.”

FAIL: Sometimes a venue just isn’t right for a movie, and Salt Lake City viewers at the Tower Theatre in 2003 may have been the wrong crowd for Gaspar NoÃ«’s Irreversible, which opened with a man brutally beating another man to death with a fire extinguisher, and featured as its centerpiece a single extended-take rape sequence. Patrons didn’t simply walk out; they shouted angrily while doing do.