Sundance by the Book

Some choice literary adaptations at this year's festival. 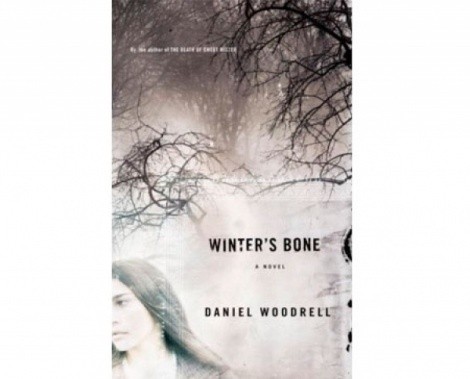 As a showcase for under-the-radar independent works and (often) first-time filmmakers, the Sundance Film Festival can be enigmatic. The mystery of the uncertain is both part of its appeal, and a challenge to potential ticket-buyers. How do you choose when all you’ve got to go on is a summary in the program guide?

Every once in a while, though, there’s an additional source of information: books on which the films are based. Though the overwhelming majority of Sundance titles are wholly original creations, there are a few literary adaptations scattered through the programming. Here’s a look at five books-turned-Sundance films, just to give you a taste of what you might be in for.

The Premise: In the week between Christmas and New Year’s Eve, a bunch of New York City teenagers—most of them children of money—wrestle with drugs, sex, family problems, social status and violence.

The Lowdown: McDonnell was only 17 when he wrote the novel in 2002, and there’s a certain precocity to his facility with language. Unfortunately, he’s employing those talents in the service of one of those alarmist stories about amoral youth that tends to appear with regularity every decade or so. It’s Less Than Zero meets Kids meets Thirteen, all building towards over-the-top resolution. Reefer Madness was serious about trying to address a societal ill, too, but that doesn’t mean it got to the heart of anything true.

Expect from the movie … plenty of drugs, sex and bloodshed, and not a lot of restraint from Schumacher.

The Premise: Ree, 16-year-old girl living in the Ozarks in the present day, tries to save the family home when her crank-cooking dad puts it up as collateral on his bail bond, then disappears.

The Lowdown: Woodrell crafts a magnificently evocative portrait of a world that still lives by an ancient code of family obligation and wariness of outsiders, anchored by a terrific, tough central character. The spare prose echoes the characters’ own simple language, and the sheer momentum of Ree’s relentless pursuit of her father keeps the story popping. A fascinating look at a world that feels alien, even as we know it’s part of our own country.

Expect from the movie … a gritty, sometimes violent but faithful adaptation by Granik, who did well by a desperate heroine in the 2004 Sundance drama Down to the Bone.

The Premise: After being fired from his job teaching prep school when he’s caught cross-dressing, young Louis Ives moves to Manhattan and finds a roommate in eccentric academic Henry Harrison, who spends his nights escorting the city’s wealthy older women.

The Lowdown: Ames deftly balances the light comedy of Louis’ interactions with Henry, and Louis’ self-loathing over his confused sexuality (including hooking up with transsexual prostitutes). And he doesn’t push these two characters into something obviously cathartic or revelatory. He’s content simply to observe them in their quirky—but never cloying—realness, and the odd collision of several very different facets of New York City life.

Expect from the movie … the possibility that Berman and Pulcini—who were okay in American Splendor with characters who aren’t overtly cuddly or sympathetic—might nail the edgy but funny complexity of these two protagonists.

The Lowdown: Knight writes unapologetically for a Muslim audience—filling his text with un-translated Arabic and inside jokes based on Islamic scripture—which makes his work all the more daring. An often hilarious combination of coming-of-age tale and manifesto/middle-finger-salute at fundamentalism, the narrative deals with the way young people customize their beliefs and religious practices in a way that transcends the specifics of Islam. Vivid, fascinating characters make the philosophy and comedy all the richer.

Expect from the movie … a script co-adapted by Knight that should maintain both the raucous energy and the spiritual sincerity of the source material.

The Premise: At a posh seaside home in Maine, several 20-something Yale pals reunite for the wedding of two of their number—but the fragile bonds that connect them are tested by an unexpected crisis.

The Lowdown: Niederhoffer’s characters are richly developed, and she has a keen sense for the “frenemy” dynamics peculiar to women of a certain age. But she’s also a bit too locked in to the materialism and emotional chilliness of upper-class WASPs, and her prose at times feels uninspired, with several instances where she really should have dusted off her thesaurus.

Expect from the movie … plenty of fidelity to the source material, and evidence from veteran producer Niederhoffer that this story probably would have been better off as a screenplay in the first place.