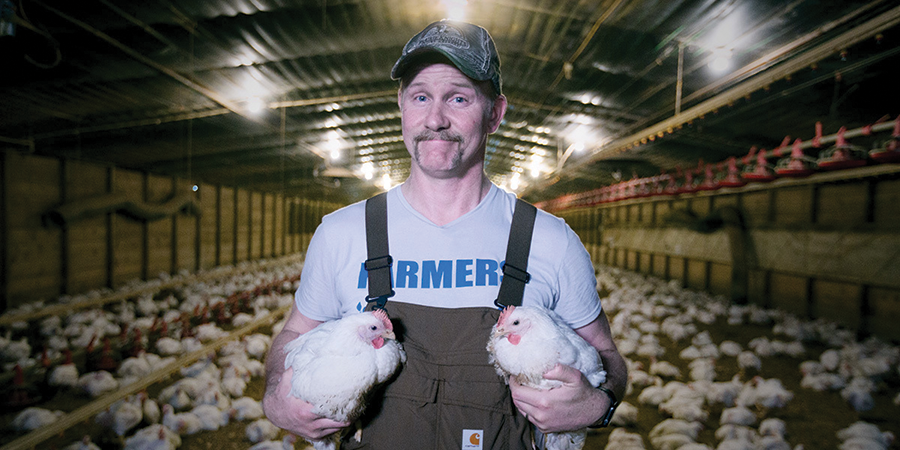 In the usually-anonymous world of documentary filmmaking, there's a double-edged sword to becoming a brand name with a recognizable face. When Michael Moore's Roger & Me became an art-house hit 30 years ago, it marked a distinctive approach to non-fiction filmmaking: turning the filmmaker himself into an on-camera mix of ringmaster, provocateur, dogged journalist and comedian. But it also opened Moore to charges that he has been as interested in his own media profile as in righting wrongs. When Morgan Spurlock stole from Moore's playbook for his 2004 exposé of the fast-food industry Super Size Me—aiming for a genial Everyman image from the moment he bought breakfast for people standing in line for the movie at the 2004 Sundance Film Festival—it launched the once-virtually-homeless ex-standup comic on a trajectory that included films and TV series.

Then, three months after the premiere of Super Size Me 2: Holy Chicken! at the 2017 Toronto Film Festival, Spurlock published a personal essay from his Twitter account headlined "I am Part of the Problem," detailing his history of being accused of sexual assault in college, and sexual harassment claims by one of his production assistants. After two years in limbo, Super Size Me 2 finally emerges into release, with an unavoidable question attached: Can a guy who built his career on an image as a righteous (if goofy) crusader still be taken seriously after he has acknowledged how un-righteous he has been?

Spurlock begins the follow-up to his career-launching movie with what seems like a pretty solid concept: Instead of just pointing out a problem, he's going to be part of the solution. In his case, that means countering the less-than-ideal behavior of fast-food chains by opening his own fast-food restaurant, one that would represent the antithesis of everything he found while making Super Size Me a dozen years earlier. Once he locks in on chicken as his restaurant's focus, Spurlock begins an in-depth exploration of what it will mean to run his restaurant, from controlling the product at his own chicken farm, to meeting with marketing consultants to understand how to sell his new concept.

Not surprisingly, Spurlock finds plenty of wry humor as he begins his business venture. Super Size Me 2 is at its most depressing-slash-entertaining as experts make it clear that attempting to sell fast food that's actually healthy is a no-win proposition—patrons will too regularly choose the better-tasting fried chicken over the grilled—which makes the goal delivering the perception of healthy food. There's a great parade of marketing gurus offering insight on how the quick-service industry has done everything possible to change the image of their food as healthy—from changing the packaging to using completely meaningless buzzwords to create a "health halo" around their product—without actually changing the food itself.

Things get a bit less whimsical when Spurlock focuses on the poultry industry itself, including the predatory practices enforced by "Big Chicken"—the major producers like Perdue and Tyson—to keep farmers under their thumb. Those with a soft spot for animals of any kind should be aware of a trigger warning, as Spurlock's activities on the farm involve accidentally trampling chicks and observing the number of farmed chickens that die of heart attacks as a result of their extraordinary growth over just six weeks.

But it's hard to ignore that Super Size Me 2 doesn't come with the kind of instantly accessible hook—the detrimental health effects of eating nothing but McDonald's for 30 days—that drove its predecessor. The topics here are more wide-ranging, and include diversions that might be perfectly relevant for a prospective restaurateur, like finding the actual building, which nevertheless have nothing to do with the movie's thesis.

And yes, there's the matter of Spurlock's admitted status as "part of the problem" in an era of increased awareness about sexual predators. You might cringe a little when he describes himself as "making a career out of questionable life choices," and cringe a lot when he constructs a gag around Subway being associated with convicted pedophile Jared Fogle. Would it be easier if Spurlock were strictly a behind-the-camera filmmaker, and his movies not so predicated on his own likeability? Hard to say. But when it comes to selling a movie about pointing at bad behavior, you can't entirely dismiss the reality that the face those three other fingers are pointing back at is one we all recognize.