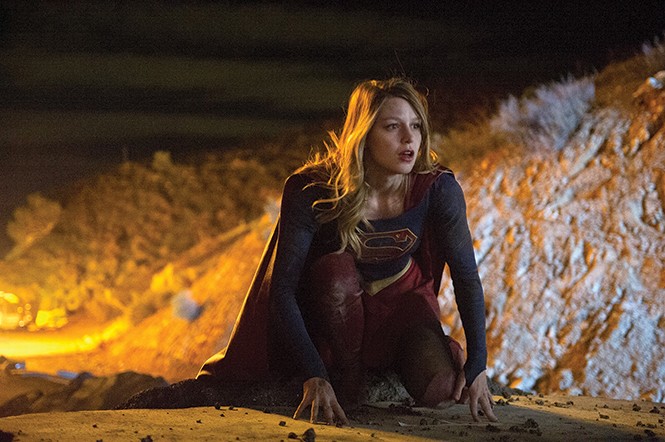 
Series Debut: If you're still asking "Why isn't this on The CW?" remember that CBS is a co-owner (The "C" stands for CBS, the "W" for Warner Bros.—clever, huh?) and Supergirl could easily end up there anyway if she doesn't hit Limitless ratings numbers. Creator/producer Greg Berlanti's take on Kara Zor-El (aka adopted Earthling Alex, played by Melissa Benoist) is more in line with his zippy The Flash than his dark Arrow; at times, Supergirl comes across like a romantic comedy with an absentee boyfriend (Superman is referenced but will never appear). But, once you get past the comic-lore exposition and Calista Flockhart's over-the-top Devil Wears Prada tribute act as Alex's media-magnate boss, Supergirl proves herself in action to be as tough as she is enthusiastic about living up to her cousin's legend. Supergirl should be a hit—but, again, there's always The CW.


Season Premiere: As if your fall needed another show to keep track of, here's the third and final season of Hemlock Grove ... remember Hemlock Grove? It was American Horror Story Does Twin Peaks before American Horror Story started doing Twin Peaks (seriously, Hotel, stop), with a dash of Twilight for the kiddies. The Eli Roth-produced series debuted with a bloody splash in 2013, helping Netflix crash the Emmys party for the first time (along with House of Cards and Arrested Development), but then quietly slunk off into the night. Season 2 righted the storytelling and structure problems—as in, there was little of either—while Season 3 promises to go out with a gloriously gruesome, VFX-fueled bang that finally exposes all the supernatural secrets of the small town of Hemlock Grove (among them, hopefully, is the answer to "Why the hell would anyone move to a town called 'Hemlock Grove?' ") Now Famke Janssen can get back to making Taken movies ... no? They killed her off? Never mind.


Series Debut: What's going on at MTV? The Forgotten Music Star and His Wacky Family Reality Show® setup is at least a decade past its expiration date, but here's Ja Rule (he was an early-2000s rapper who co-starred in the Steven Seagal tour de force Half Past Dead—saved you a Wiki) dispensing questionable parenting advice like, "Son, women make no sense" (OK, maybe he has some insights). If this regression to MTV tropes of the past continues, I demand to see the returns of Headbanger's Ball, The Grind, Singled Out and Total Request Live With Jesse Camp before next summer.


Series Debut: A serial killer (Ed Westwick) is murdering big-haired women on the early-'80s Sunset Strip while the Spandex-metal blares and the neon glares—sounds like an exciting show, right? Maybe for Cinemax. On ABC, Wicked City feels like a sanitized version of, if not something better, at least something more sensationalized (which is preferable to boring, admit it). It's not the cast's fault: Westwick, Erika Christensen (as his equally sociopathic girlfriend), Jeremy Sisto (as a cop working the case) and Taissa Farmiga (as a reporter following the case) are expectedly excellent, but the faux sleaze and half-assed period set dressing is distracting—if I wanted to see a cheap-wigged "band" badly lip-sync the hair-metal hits, I'd hit '80s Night at the bar. (For a more believable '80s experience, see Comedy Central's Moonbeam City.)


New Season: Still looking for a Sons of Anarchy replacement fix, and Kurt Sutter's Bastard Executioner isn't quite cutting it? Check out DirecTV Audience channel original Kingdom, now in its second season (all previous episodes are available on demand—if you happen to be a subscriber, that is): The rough-and-tough series is about the in-and-out-of-the-octagon drama of a family-run MMA gym in Venice, Calif. It's not perfect (then again, neither was SOA), but it is soaked in testosterone and tattoos, set in SoCal, and everybody calls each other "brother" a lot (some actually are brothers—including a buff and broody Nick Jonas, who's better here than you're imagining). It also has plenty of violence, sex and nudity—now you're paying attention.