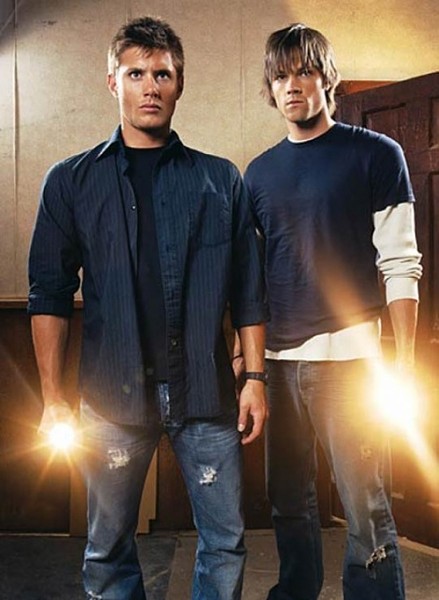 The 100th Episode: The only worthwhile drama on The CW (sorry, Smallville) finally hits 100—syndication time! Supernatural already runs in weekday repeats on TNT (hint: catch up), but now maybe you’ll see it on the weekends between Ab Circle infomercials on local stations. Demon hunters Sam and Dean Winchester (Jared Padalecki and Jensen Ackles) are still gunning the Impala headlong into the apocalypse as Heaven and Hell wage a war that may leave Earth a scorched burrito, and The CW has picked up Supernatural for a sixth season—even though creator Eric Kripke only planned for five, presumably ending with Sam & Dean “ganking” (i.e., killing) Satan, or the aforementioned scorched burrito. What’s gonna happen now? Maybe they’ll open Sam & Dean’s Supernatural Bar & Grill in Season 6.

Season/Possibly Series Finale: Season 3 has been a rough one for Sarah Silverman, but even rougher for viewers—increased Thursday competition from FX’s Archer didn’t help, but only two good episodes out of nine? No wonder Comedy Central demoted her to after-midnight and will now likely cancel the Program. But, those two good episodes—March’s jam-band skewering “Songs in the Key of Yuck” (Kaleidoscope Funk Network!) and tonight’s “Wowschwitz” (Sarah and Laura create competing holocaust memorials)—are as funny as anything in the near-perfect first and second seasons. Give her another chance, Comedy Central—hell, you let Mind of Mencia run for four seasons. Atone!

Secrets of the Mountain
Friday, April 16 (NBC)
When Walmart and Proctor & Gamble join forces to finance a “family-friendly” TV movie in reaction to all of the smut on the tube (which, on Friday broadcast nights, consists of Jennifer Love Hewitt’s Ghost Whisperer cleavage and Jamie Oliver making fat kids eat carrots), you know it’s going straight to the top of the Parents Television Council’s hit parade. So what if Secrets of the Mountain sucks? (Which it does, in a severely ’80s-Saturday-morning-adventure fashion.) You and the brood can buy it at Walmart tomorrow and watch it all over again in the minivan on the way home! Me, I’ll be watching …

Spartacus: Blood & Sand
Friday, April 16 (Starz)
Season Finale: Looks like Starz made a smart call in granting Spartacus: Blood & Sand a second season before even premiering the first in January—this show has mad buzz everywhere from super-geek to super-gay circles and, in an original-programming first for Starz, viewership that’s cracked a million (Spartacus even beats SyFy critical darling Caprica on some ratings fronts). Here’s why: Boobs! Blood! Sex! Violence! More blood! Full frontal nudity! Beheadings! Gay innuendo! Buckets of more blood! Buckets of even more body oil! Maybe a little sand! No complicated “story” to follow! Sure, stylistic inspiration 300 was already made into a video game, but Spartacus doesn’t even require effort or a paddle to enjoy (well, not that kind of paddle, anyway).

Romantically Challenged
Monday, April 19 (ABC)
Series Debut: The Only TV Column That Matters™ wants Alyssa Milano back on TV as much as the next guy who watches Spartacus for the comedy instead of the pecs, but Romantically Challenged ain’t gonna replace Charmed reruns in the TiVo season pass. Here, Milano plays a recent divorcee who’s trying to get back in the dating game after 15 years of marriage—with the help of her almost-as-attractive friends, mild hilarity ensues sporadically. Potential is here (Milano can do funny, and the cast is solid), but ABC doesn’t have a great track record for giving midseason sitcoms a chance to grow … I still miss In Case of Emergency, damn it …