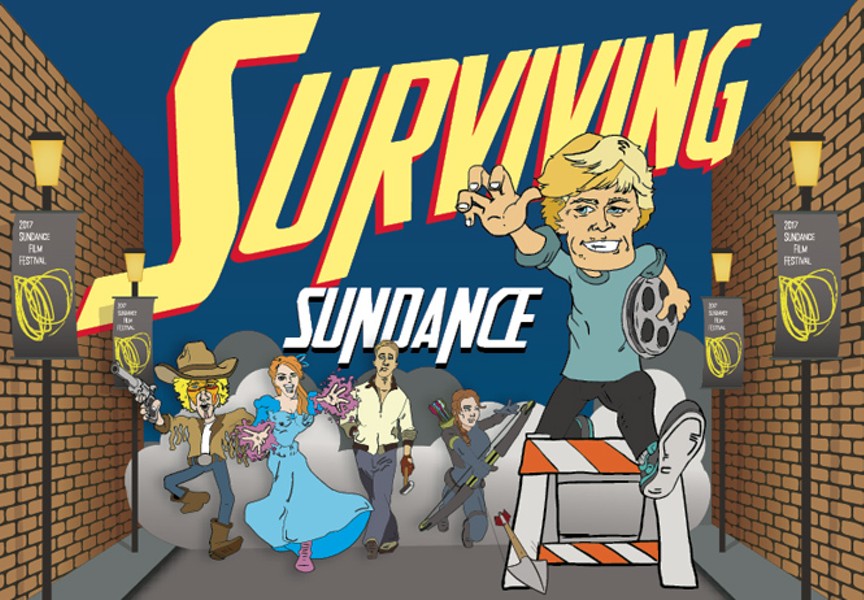 First, a confession: The title of this piece is a lie. There's no way to do Sundance—or at least do it in a way that makes the effort worthwhile—without forking over some scratch. When you're talking about one of the film industry's biggest events of the year anywhere, that's just a reality.

But anyone who has attended for any amount of time—and this year marks my 20th anniversary as a Sundance attendee—has learned that there are better and worse ways to keep to a budget and still experience the festival, especially for Utah locals. Here are just a few of the ways you can get a taste of Sundance without breaking the bank.

The screenings themselves: By this point, the pricey ticket packages have all sold out, as have most of the public screenings—at least officially. As Sundance regulars know, there are ways to get individual screening tickets: those released at the main festival box offices in Park City and Trolley Square at 8 a.m. each morning for that day's screenings, and wait-list tickets at individual venues. Tickets are $20-$25 per screening, and those interested can get an "electronic queue" waitlist number by using the festival's mobile app. App eWaitlists open two hours before the scheduled screening time—be ready right on the dot, because numbers go quickly—and you can even link your registration with that of a friend so you can get the same waitlist number. Remember: Cash only for venue waitlist tickets.

There's also an even cheaper way to see a Sundance movie: Free "Best of Fest" local screenings on Monday, Jan. 30, after the official end of the festival. Titles aren't announced until Jan. 29, so there's no way of knowing which of the award-winners will be shown. Tickets are distributed first-come, first-served for the three screening times (3:30 p.m., 6:30 p.m. and 9:30 p.m.) at the Trolley Square ticket office beginning Saturday, Jan. 14, at 8 a.m., so they might already be sold out, but it's worth a shot.

Parking: Parking in any one of the "official" festival lots in Park City costs a minimum of $25 per day, and on busier days (particularly the first weekend) it will be a premium even above that. There are few ways to get around that exorbitant price tag, but those who are willing to get into town early in the morning can find some of the limited, free street parking in the Prospector Square area, near the official festival headquarters at the Park City Marriott. Winter weather conditions might further complicate street parking, but it's still your best shot at avoiding the hefty fees. Just be very aware of signs identifying where parking is and is not permitted, because Park City police are out in force patrolling for violations.

SLC screenings at the Rose Wagner Center, Broadway Centre Cinemas and Library auditorium are located within a two-block walk of Trax stations, so consider public transportation as a great alternative to parking if those are your destinations.

Food: Theater venue fare is expensive, and limited time between screenings can make it difficult to find a cheaper place nearby. The alternative? Brown-bag it. Pack calorie-high, nutrition-dense, transportable snacks (e.g. trail mix or dried fruit) and bring a reusable water bottle rather than purchasing a drink somewhere.

Getting a flavor of the festival for free: If you've never done it before, find a parking spot early in the morning on the opening weekend, and spend the day just strolling around Park City's Main Street. You might pass a wandering celebrity, or maybe just enjoy the buzz of activity and cameras around various official venues. You won't need to have a ticket for a festival screening, and you can get at least a taste of what makes this weird week one of Utah's most distinctive experiences.