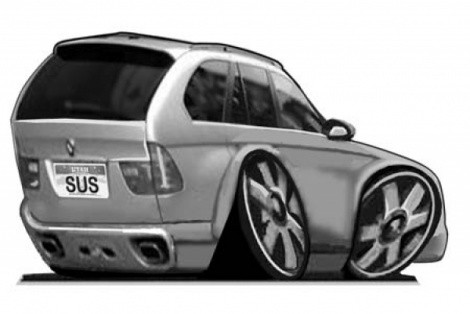 They can’t even get the name out of their mouths: “Sss, Sssnuh, Sssni, Sssnide …” The erstwhile inhabitants of … Snyderville (see, it’s not so hard) have always considered themselves to be from … Park City! But, not anymore. Even though they have the highly prized postal address of Park City, in reality they live in … Sssnuh-ideurr—ville. So says the Park City Council who, just last week, told aspirants to the council that they, as Snydervillains, are not eligible to sit on the Park City Council.

It’s not to borne. No longer can they toss off, very casually, the fact that they live in “Parkcity,” lovingly pronounced with the accent on the first syllable. “Do you live in Salt Lake?” “Nooo. I live in Parkcity.” Even better, when you are traveling out of state or visiting other parts of the world, all you need to say, when the inevitable question arises, is, “I live in Park City.”

And everyone immediately knows, you are not from … Salt Lake City. Ah, Park City, they will say. Skiing, Olympics, Sundance, movie stars. Best of all, you will be spared the inevitable question, “Are you a Mormon?”

But now! It’s just impossible. Who wants to be from Sssnuh-ide-urr-ville? And you can’t finesse things by saying, “I live near Park City.” No, you have to live in Park City. There is no avoiding the Snyderville Affliction.

Recognizing this unhappy situation, hordes of Snydervillains are biting the bullet. They are leaving Sssnuh-ide-urrville, their black BMV SUVs crammed with their worldly belongings, or least as many of their belongings they can fit in their tents, now pitched on every available patch of green earth within the city limits of Parkcity. (No one considered for even a second of relocating to Heber City, which the hayseed inhabitants make worse by telling folks they’re from Heeburr.)

An unanticipated benefit of their mass exodus and forced camping is that they’re finally getting some good use from their standard wilderness attire. (Popular campsites are the verdant fairways of Park Meadows, though some golfers have complained about the bad bounces they get from the noggins of Snyderville refugees barbecuing in the bunkers.)

But, the Snydervillains are not going gentle into that good night and camping under the stars. Already, a movement is afoot to change the name of Sssnuh-ideur- ville to something with more cachet. Taking a leaf from the refugees from Kamas who named their settlement Samak, some Snydervillains want to exercise the spelling- backwards option and call their community Redynsville. (Some of the more bitter refugees have exercised the sourgrapes option of referring to their formerly beloved Park City as Krap City.)

Snydervillains of a more poetical bent are urging their fellow refugees to petition for a more exotic moniker for their former town, something like Los Parcos, San Parco, or even Buenos Parcos, thus maintaining a connection to Parkcity.

A few Snydervillains have stayed put in Snyderville. They have organized a Stand Up for Snyderville committee and are determined to educate the emigrants about the proud history of Snyderville. Ernie Fickinger, formerly a native of Brooklyn, New York, is that rare Snydervillain who never succumbed to the Parkcity mystique.

With an accent a bit like Utah Jazz icon Frank Layden, Ernie Fickinger told a sparse crowd at the Red Banjo Pizza Parlour that changing the name of Snyderville would be a slap in the face to the late Duke Snyder, the Brooklyn Dodger great for whom Snyderville was named. An amateur historian, Mr. Fickinger also wanted to remind folks that Park City was named after an itinerant Korean prospector named Song Lee Park.

“I bet those snobs in Park City would change their tune if they knew where the name of their city came from. The original miners didn’t know any better and called Mr. Park ‘The Chinaman,’ who was, by the way, a drinking buddy of The Swede, whom they named the Alley in Old Town after.”

Mr. Fickinger said it was important to take the long view. “Mark my woids, it won’t be long before Pahk City is old hat. Even now, it carries a lot more weight to say you are from Deer Valley. Guess what; in a few more years, something will be more hoity-toity than Deer Valley. Something like, I don’t know, Heber Heights. Know what? The day will come when everyone will stand up proudly and say, “Ich bin ein Snydervillain.”