Fancy desserts to make you feel like a high roller

For most people, a $100 to $200 splurge on a lavish meal for two at a fine-dining establishment is a rare indulgence. But for around $10 a person, you can enjoy a night out in a sophisticated atmosphere and get a taste of the most decadent part of those menus: dessert.

Riverhorse
540 Main, Park City
435-649-3536
RiverhorseParkCity.com
Baked to order, this cake takes 14 minutes from start to finish to make, but it's well worth the time. And you'll be treated to live music in a bright and modern space on Park City's historic Main Street while you wait for your indulgence—a rich flourless chocolate cake giving way to a melted river of dark chocolate. A side of vanilla ice cream and a dollop of raspberry ice—sorbet made in-house from fresh raspberries—provide a cool respite. 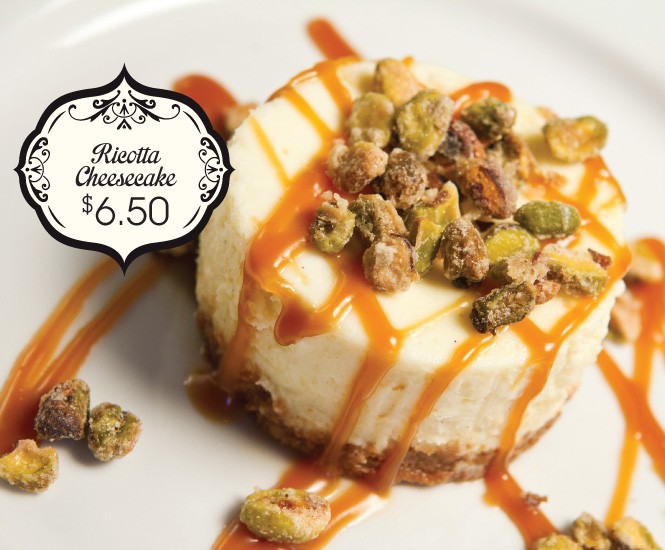 Café Trio
680 S. 900 East, SLC
801-533-8746
6405 S. 3000 East, SLC
801-944-8746
TrioDining.com
This contemporary twist on a Utah favorite makes use of ricotta in place of traditional cream cheese for a cheesecake that's lighter and creamier. Candied pistachios balance the sweetness with a light touch of salt, while a dusting of streusel adds a crunchy texture. And though graham-cracker crusts run the risk of being dry and crumbly, this one is delightfully moist. Served with an amber ribbon of tangy rhubarb caramel, Café Trio's cheesecake is a delicious study in contrasts. 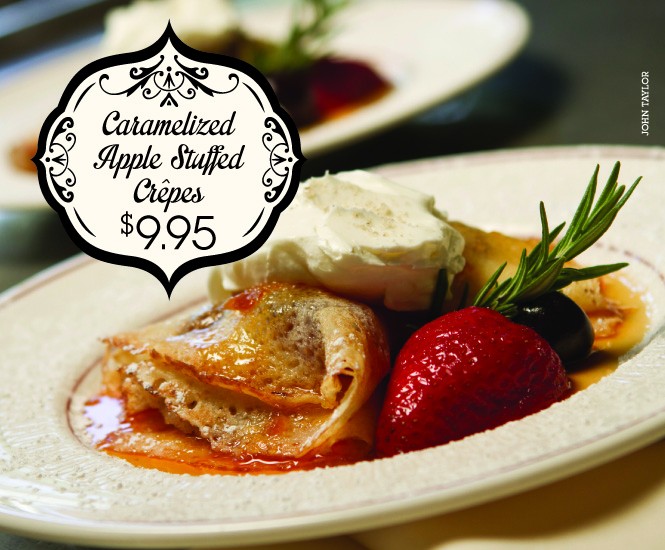 The Paris Bistro
1500 S. 1500 East, SLC
801-486-5585
TheParis.net
Tucked away in one of Salt Lake City's coziest neighborhoods, The Paris prides itself on complementary flavors drawn from not only France, but also Italy and the Mediterranean. This dessert features classic French ingredients wrapped in two crepes: apple chunks drizzled with Calvados—a French apple brandy—and dusted with sea salt. Toppings of caramel and creme fraiche continue the perfectly sweet and savory pairing.