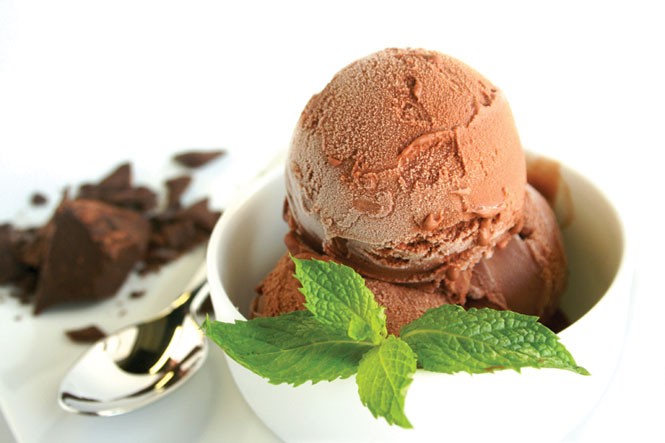 
If you've enjoyed the excellent gelato at local restaurants such as Per Noi Trattoria, Oasis Cafe, Pago, La Caille and others, along with the Downtown Farmers Market, you've eaten Sweetaly artisan Italian gelato. Well, in mid-May, owners Francesco and Lisa Amendola hosted a grand opening and ribbon cutting ceremony to launch their new Sweetaly Gelato Italian Gelateria in South Salt Lake (465 E. 3300 South, SweetalyGelato.com). Before relocating to Utah last fall, Francesco Amendola apprenticed in Italy with master gelato artisans. Said Francesco in a press release, "In my home, the best gelato was served almost daily, like the pasta Italy is also famous for. People who try my gelato will realize it is the best to be found in Utah, and they will want to make it a tradition in their families as well." Sweetaly will feature daily specials from more than 42 authentic flavors.


Now that the purchase of Solitude Mountain Resort (SkiSolitude.com) by Deer Valley Resort is complete, changes are afoot. Among them, Deer Valley has appointed Andrew Fletcher as Solitude's new food and beverage director. Fletcher, a Culinary Institute of America graduate, joined Deer Valley as a sous chef in 1998, and more recently, has overseen all of the food and drink operations at Deer Valley's Empire Lodge and Fireside Dining. "Andrew has been a vital part of Deer Valley Resort's award-winning Food and Beverage team over the last seventeen years," said Kim Mayhew, general manager for Solitude Mountain Resort.


According to The Chronicle of Higher Education, 15 for-profit Art Institute campuses, including Utah's, are shutting down. I've been impressed by the Institute's culinary education programs and its Savory Palate restaurant. According to a statement by Draper Campus President Todd Harrison, "We are no longer accepting new students into the programs at The Art Institute of Salt Lake City."

Quote of the week: Politics is applesauce. —Will Rogers