Smart women can be easy prey 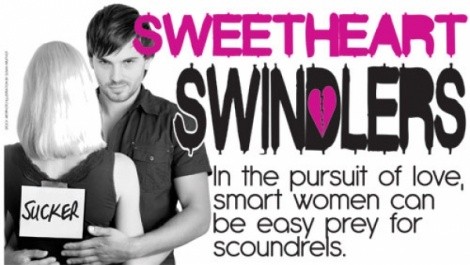 Women getting conned out of their money by men may be an age-old story, but today’s cyber-dating and night-club jungle create only more cover for modern scalawags, as women search for soul mates in a realm where it’s commonplace to embellish and lie outright.

Not long after she ran for Salt Lake City Council in 2009, Jennifer Johnson, a marketing professional and divorced mother of two sons, found herself scrambling to recover $16,000 from a man she met and dated through Match.com. She felt forced to sell her Avenues home and still hopes to recover her losses by protesting her ex-boyfriend’s bankruptcy, filed after their relationship ended.

Laura Lee (not her real name) met Dale Clark Lloyd in a bar. “I met him through a friend, then kept running into him and finally decided to go out with him.” She describes him as a show-stopper—an attractive, charismatic man who claimed to have been affiliated with the NBA and college football. He said his credit rating was 800, and he dropped names such as Warren Buffet. From the outside, his life looked opulent. But he left her in a financial hole so deep it took three years to climb out.

Kathy Reavis met Nicholas E. Ashton on dating site PlentyOfFish.com. “He had a sexy British accent, a great sense of humor and seemed honest and trustworthy. We wrote for a month and our phone calls were really good. I was three-fourths in love with him before we met in person.” She later considered herself lucky to have lost only a cool thousand bucks to him.

Liz Hale, a clinical psychologist and marriage and family therapist, says that dating isn’t for the faint of heart. “It’s a risky business that can be worth the risk. There are good and bad people everywhere, and anyone can be anything on a ‘meeting site’ such as Match.com,” she says. “We all have high hopes and fantasies of wanting someone to be more than they are. Our fantasies can blind us a bit. Often there will be yellow or red flags, but [people] hang on to this dream or fantasy so that we don’t see the discrepancies.”

Truth or Consequences
In October 2009, Jennifer Johnson read the profile of “Mr. X” on Match.com, thinking it was among the best she’d seen. He later e-mailed a résumé to Johnson. Between online conversations, his Match.com profile and his résumé, Mr. X claimed to operate a business listed on the Inc magazine annual list of 500 fastest-growing companies, have a Ph.D. in environmental science and have written five books, as well as a New Yorker article. He described himself as a world-class rock and ice climber who led Himalayan tours. “He presented himself as someone who earned $150,000 a year, an international traveler who would invite a woman along on trips. I fell in love with the writing, worldview, accomplishments, quirkiness and passion,” Johnson recalls. She also saw “traces of an older Hugh Jackman” in Mr. X’s profile photo.

A mutual acquaintance said Mr. X has a way of initially being charismatic before almost inevitably “offending the high-flying stars.”

Johnson herself might be described as a high-flying star. In 2001, she was featured on The History Channel and NPR’s national news for her pioneering efforts with a virtual marketing business, Johnson & Company. The same year, she was also recognized by the Salt Lake Chamber of Commerce for “best small business.” A kitchen she co-designed won General Electric’s international kitchen competition in 2007. As a Salt Lake City Council candidate in 2009, “I appeared to be enough of a threat that [Salt Lake City] Mayor Ralph Becker himself knocked on doors against me to sway supporters toward his chosen candidate, Stan Penfold.” Today, she wonders if her campaign “may have created what I consider to be the worst situation of my life—my involvement with [Mr. X]. He said he was mesmerized by my campaign and spent hours reading [about] it.”

Johnson did catch him in a lie early on, but let it slide. He claimed to have appeared on the TV quiz show Truth or Consequences. “I told his mother I would love to see that,” says Johnson. She recalls his mother’s sour look as she said, ‘That’s not true. That’s a lie.’ I figured that maybe he had a case of some hyperbole.”

On a dinner date at The Tin Angel Café, Johnson remembers, Mr. X’s credit card didn’t work. It happened again on Valentine’s Day at Al Forno’s, she says. She paid for both meals. At a dinner with friends during the Sundance Film Festival, near the time to pay, “he left the table and started looking around the restaurant. He returned to ask, ‘Did they pay?’ ” Johnson told him she’d paid their half of the bill.

In December 2009, Mr. X confided that he had a lot of debt. He said he intended to pay it all back. “To be honest, I felt I really shouldn’t not care about someone just because he was not in a good economic situation,” says Johnson, who helped try to organize his finances. Shortly thereafter, he had a business opportunity in Colombia. “It would be a way for him to make money and for me to make money working with him. He needed money to get there.” Johnson paid for his plane ticket and some hotel expenses. She worked for him for a month. Then he told her he didn’t turn in his report on time. The outsourcing company he contracted with was concerned. Johnson loaned him money—then more money—with the understanding that he would soon repay her. She funded business expenses, paid personal bills and advanced him cash.

Johnson says Mr. X promised to pay with one source, then another. “Payment never came,” she says. “There were creative excuses where he blamed the company, saying he had the wrong routing number.” Johnson finally called the company herself. “I wasn’t totally suspicious of him. I tried to help, thinking he was not being aggressive enough.” She pauses. “They told me they already paid him a month earlier.”

Johnson didn’t want to believe he had lied to her. “Then he told me the money had been confiscated by Zions Bank. It was a sick confirmation of what I already knew to be true. By then, he owed me $16,000. I needed to do anything I could to get the money back,” she says. She’d missed two mortgage and car payments and needed to pay business expenses and insurance payments. She sold her Avenues home. “He’d invited me and my children to go live with him. I thought that if it might help me get my money back, I would do that.”

In June 2010, Johnson moved to Mr. X’s upscale Summit Park home. One week later, the relationship blew up. Johnson claims that after cooking a spaghetti dinner, she washed and put away the dishes. As she walked downstairs to play a game with her son, she says he grabbed her arm and told her, “We are not going to live like this,” referring to a messy kitchen.

Johnson said she splashed her son’s grape soda on him and that he punched her in the face. “He tried to punch me again but missed, and I pinned him to the ground. He tried to bite my wrist. I grabbed a beer bottle and—like in a movie—I was tempted to crack it against his head. He was saying, ‘go ahead, go ahead.’ ” She felt he “drew and baited” the argument. Both called police.

In a June 22, 2010, Summit County Sheriff incident report, Mr. X says Johnson actually did strike him with the beer bottle on the side of the head, describing the hit as “a graze off his head that left no marks.” The investigating officer wrote that he found no signs of injury to either party.

“It was horrible,” Johnson says. “They said there was not enough evidence on either side and told us to leave his house that night.” She and her two sons left without all of their belongings. “Our bicycles were still there and some of our clothing.” Johnson and her children lived at the Little America hotel for a month until she found her next house. Then she and Mr. X “experimentally began seeing each other again.” He offered to re-roof her house as partial repayment. “He started work on the project, but then quit right away,” she recalls. He also challenged her on “minor aspects of the reality that he still owed me the money.”

Johnson said they both agreed a third party, Roger Anderson—a gardener who worked for Johnson—could mediate for them to discuss the money he owed her. “I met with [Mr. X],” Anderson recalls. “He admitted that he owed Jennifer money for the trip to South America and for some labor. I could never get a figure from him. I think that by the time we met for the mediation meeting, he had already filed for bankruptcy.”

Johnson, representing herself, filed a complaint in Mr. X’s bankruptcy seeking not to have his debt to her discharged. “By delaying and wanting to work things out with him, I lost my rights to take him to small claims court,” Johnson says.