Could adults retain the same keen sense of smell as babies and dogs? 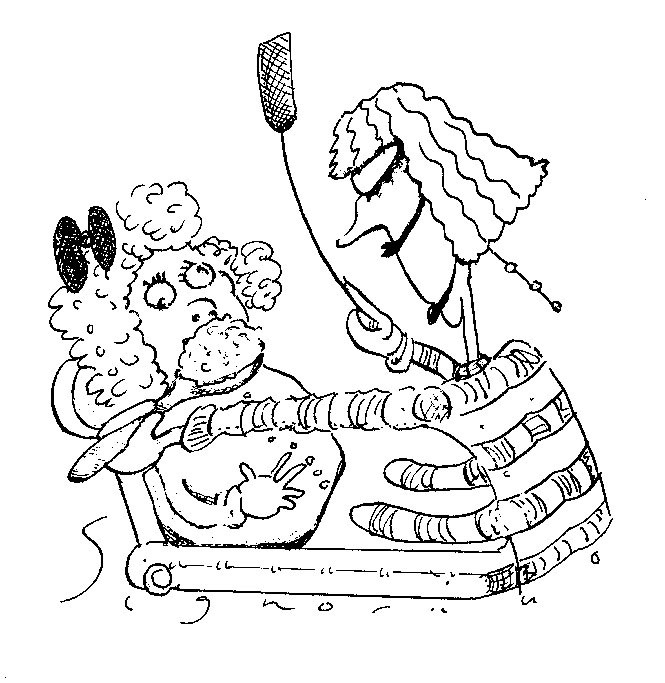 I've read that, as babies, we have a super-keen sense of smell, but we seem to lose interest in smelling things and that part of our brain just shrivels up. If we made the effort, though, is it possible babies could keep that part of their brains sharp into adulthood and become fit for work as talking dogs, sniffing out drugs and bombs? —Lee Walser

Right, because if we really want to achieve our full potential as a species, what we need to do is turbocharge our sense of smell. The human brain is a marvel, capable of tackling such complex concepts as "What is free will?" and "How can I best stalk my exes on the Internet?" Why would we want to reallocate finite mental resources toward performing a task we've already outsourced to less-evolved beings? Americans have famously fallen behind in the brain game—we're not even in the world Top 20 for math, science or reading test scores—and somehow I doubt raising a generation of human bomb-smellers is what'll put us back up where we belong.

Honestly, I don't know much about babies' olfactory capacity, but if the other senses are any guide, it's probably pretty acute. The brain contains 100 billion neurons at birth. While that number stays the same through adulthood, the rest of the structure of the brain is more or less dependent on its reaction with the surrounding environment. Synapses (the connections between neurons) form and are strengthened based on external stimuli, and we go from about 2,500 of them per neuron at birth to 15,000 or more per neuron by the time we're two. As we grow that number decreases at roughly the same rate as our cuteness, until we arrive at adulthood with more pimples than brain chains (about half as many as at peak).

Part of the reason baby brains work in overdrive is because they haven't yet developed an efficient system for filtering the input they receive. By the time we're adults, different regions have specialized for different jobs (vision, hearing, face recognition, doing taxes, etc.), and we automatically screen out the information we don't need, unless it's on Facebook. But babies are still processing basically everything, which means they pick up on things adults can't.

Language is a great example. From birth, a healthy baby will be able to start learning any language spoken by humans: synapses form after they hear certain phonemes—a language's basic sounds that when put together make up words—over and over again, allowing them to recognize the contrast between even very similar sounds. Newborns can tell the difference between two languages other than the one spoken in their home, but this capacity is gone within months; soon their babbling contains only phonemes of their native language. It's significantly harder for adults to learn a new language, because they no longer have the synaptic structure to distinguish between unfamiliar phonemes. Children retain the ability to perceive phonemic contrasts for several more years, but after age 6 or so it's rare for someone to pick up a second language without a non-native accent.

The whole sensitivity-to-sound thing does give very young babies some weird abilities. At six months, English-learning babies were found to be apparently better than adults at distinguishing between the vocalizations of different rhesus monkeys (as evidenced by C-Span ratings, this skill is lost in adulthood). But because so much of this learning and synapse-making happens based on experience, it means that a deaf child will have a much harder time learning a language at all if the initial rules aren't acquired within (roughly) the first 10 years of life.

Something similar happens with vision, only earlier. Baby brains are also better than adults at picking up very small visual differences—between the seemingly indistinguishable faces of two monkeys, for instance. Like hearing, vision also can't develop without external cues: Babies born blind from cataracts will remain blind if the cataracts are not removed by age 2, because the peak of synapse development in the visual cortex occurs earlier there than anywhere else in the brain.

So-called critical periods for brain development are rare, though; generally speaking, our brains are incredibly adaptable. Children who have had huge chunks of their brain damaged or even removed can live almost completely normal lives. One woman in China has lived her entire life without a cerebellum—which accounts for only 10 percent of a brain's mass but contains 50 percent of its neurons—and no one noticed until she was 24. People whose primary visual cortex is damaged may still have "blindsight," in which the brain can process visual input to avoid obstacles and danger even though the brain's owner has no awareness of vision.

So, sure, it stands to reason that a person's sense of smell might be improved by systematic use in early childhood. Perhaps somewhat more usefully, though, a baby could potentially learn dozens of languages, or become wildly proficient in music. There are already plenty of things your kids will wind up blaming you for in therapy; a concerted program of smell-training is only going to give them more ammo.